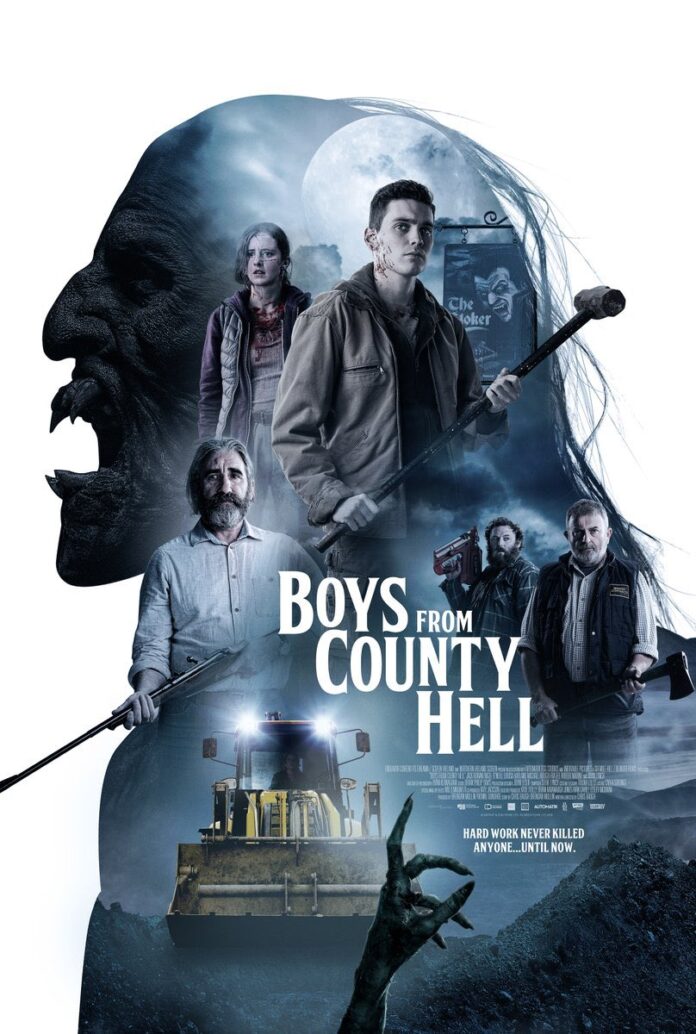 Irish Vampire stories are rare and the last time we saw a film about a whey faced, dentally challenged figure raised from the dead was a documentary about Shane McGowan. Boys from County Hell is a low budget film directed and co-written by Chris Baugh set in a dead end small town Ireland on the verge of having a major road being built flattening all in its path and that includes the villages only tourist attraction. We say tourist attraction and the village is lucky not to be prosecuted under the trades description act because it’s little more than a pile of stones in a field that a couple of Irish lads Eugene (Jack Rowan) & William (Fra Fee) tell tourists are the inspiration for Dracula, and frankly they’d be more persuasive if they were to tell them that the story about a monster bleeding dry their victim dry was about Amanda Holden’s marriage to Les Dennis. 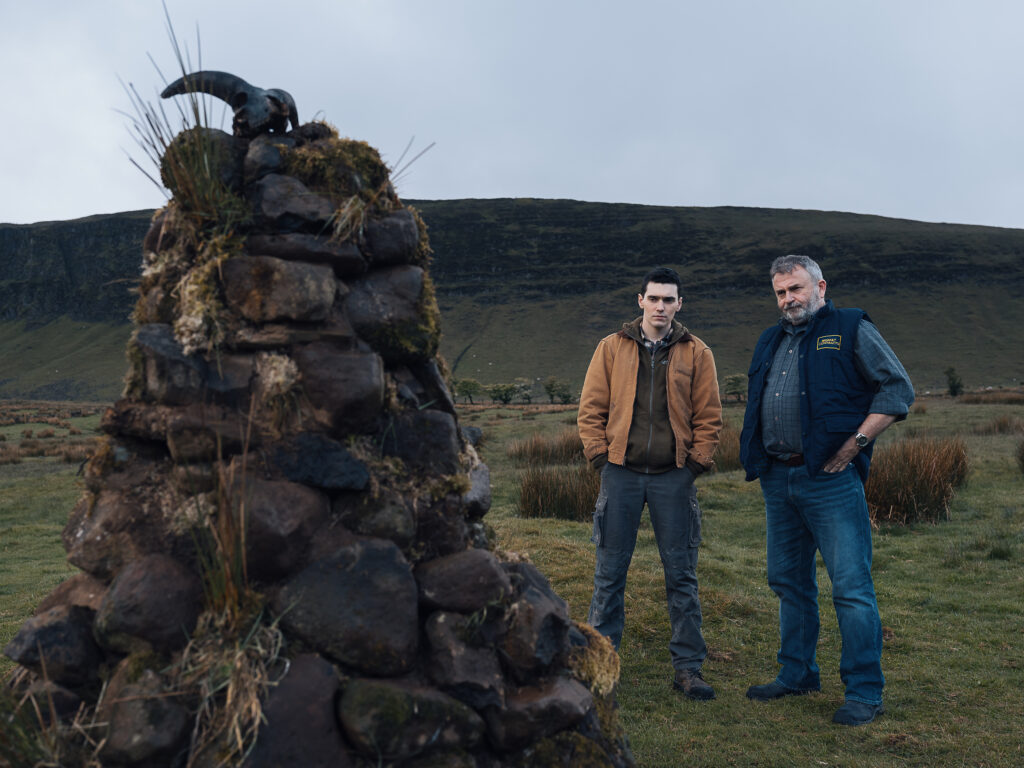 However it’s what underneath the pile of rocks that is the impetus for what happens when it’s smashed down as Eugene along with his builder father Francie (Nigel O’Neill) and band of builders start building the motorway, that instigates the ensuing carnage. But the film struggles to get there quick enough and it’s not until half way through that the horror really begins with one of the characters killed in a tragic accident by the rock pile. It’s the moment that raises the dead in the form of an impressively eerie vampire which, when we do get to see it, is not dissimilar to that which featured in ‘Jeepers Creepers’. Being low budget the core of the film features a slim cast which includes John Lynch here looking like Eric Cantona’s homeless twin brother, who are clearly going to be vampire fodder and it’s where the audience can have fun guessing who is next on the menu.

Boys from County Hell aims squarely for the comedy horror genre and its always proved a difficult one to pull off with ‘An American Werewolf in London’ being the template that all aspire to but few achieving and we’ve never really had the vampire equivalent. Boys from County Hell won’t change that albeit there are moments in this which may raise a smile but for horror fans there’s only a modicum of gore although a promising opening sequence promises more than it ultimately delivers.