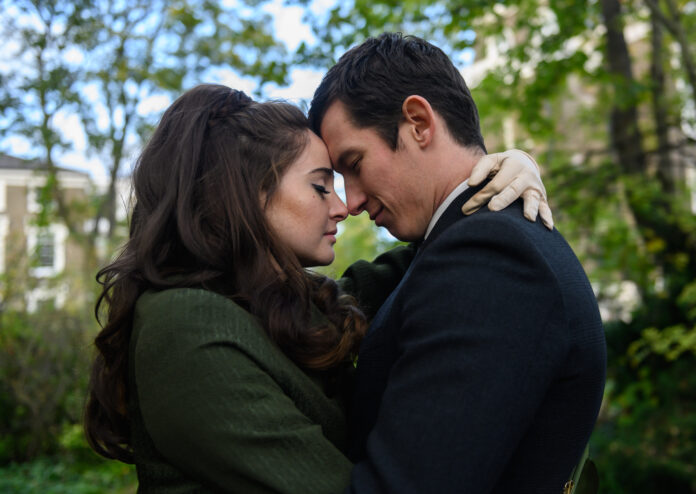 Films with such a title always cause a bit of commotion in the office when our Editor’s secretary intercepted his correspondence and had to tell him, ‘Here’s the Last letter from your lover…It says ‘How could you ? the test came back positive!’ (‘You’re fired!’ – Ed). The Last Letter from your Lover here is what magazine writer Ellie (Felicity Jones) finds when appointed by her Editor to write a piece and uncovers an affair between Jennifer (Shailene Woodley) the wife of a wealthy industrialist Laurence (Joe Alwyn) and  Anthony (Callum Turner) a journalist hired to write an article on her husband.

The affair dates back to 1965 and Laurence is one of those men who is all powerful at work with employees to command and a wife who he treats the same, restricting even whether she can have a second glass of wine at a dinner party – something we wish our Editors wife would do with him. It’s little wonder that when her husband assigns his wife to show Laurence round their South of France home whilst he goes about his work that they develops feelings towards each other. 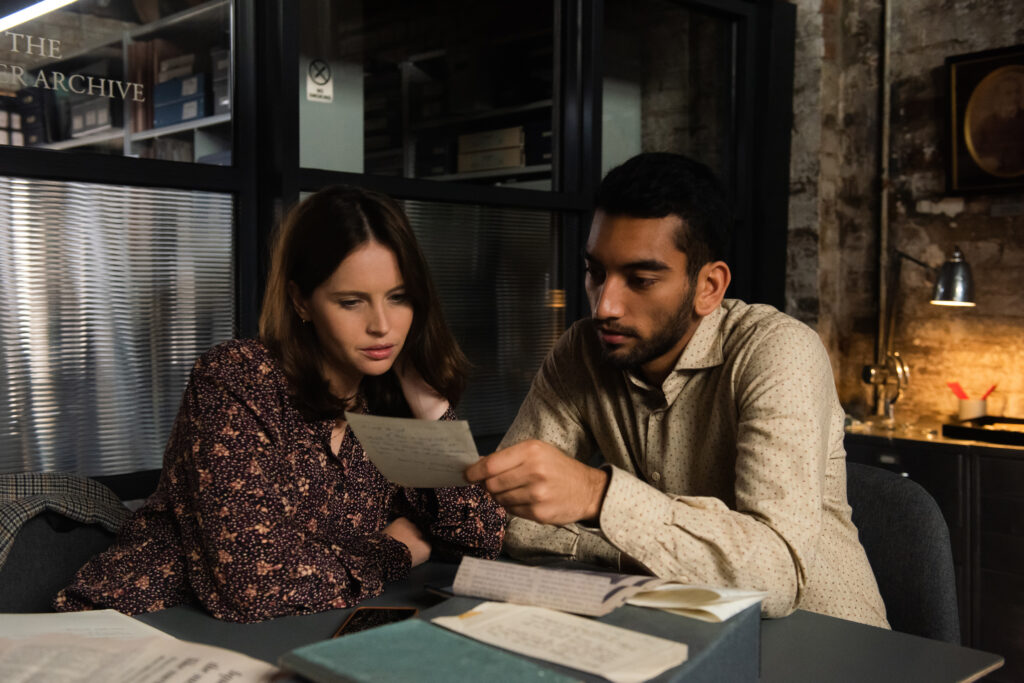 But the retro love story is interwoven with modern day Ellie whose own love life is a shambles. Having broken up with a long term boyfriend she’s not adverse to the one night stand where we first find her in bed with a man whose name she can’t even remember correctly. Back at work she initially starts a working relationship with the meek and mild archivist played by Nadhaan Rizwan that turns gradually romantic as the pair unravel Jennifer & Laurence’s affair through a series of love letters.

Adapted from a book by Jojo Moyes this has the sort of love story that is the staple of a Richard Curtis movie and it’s well cast with Felicity Jones endearing and amusing whilst Shailene Woodley is sympathetic in the role of a woman who deserves far better from her husband. With an interweaving story that flits back and fore from the sixties to modern day its well handled by director Augustine Frizzell with some clever edits points such as elevator doors closing on Ellie whilst the next scene picks up with Jennifer opening the curtains. But from the start the women’s lives are aligned with one lying in bed ion broad sunlight whilst the other is in bed in a dimly lit bedroom.  Both actresses, who also executive produced the film, are immensely likeable in their roles and, as is the way films having been going for the last few years since the #TimesUp movement , this is very much a film driven by the actresses though the men provide good support and especially from the late Ben Cross in what was one of his last films. 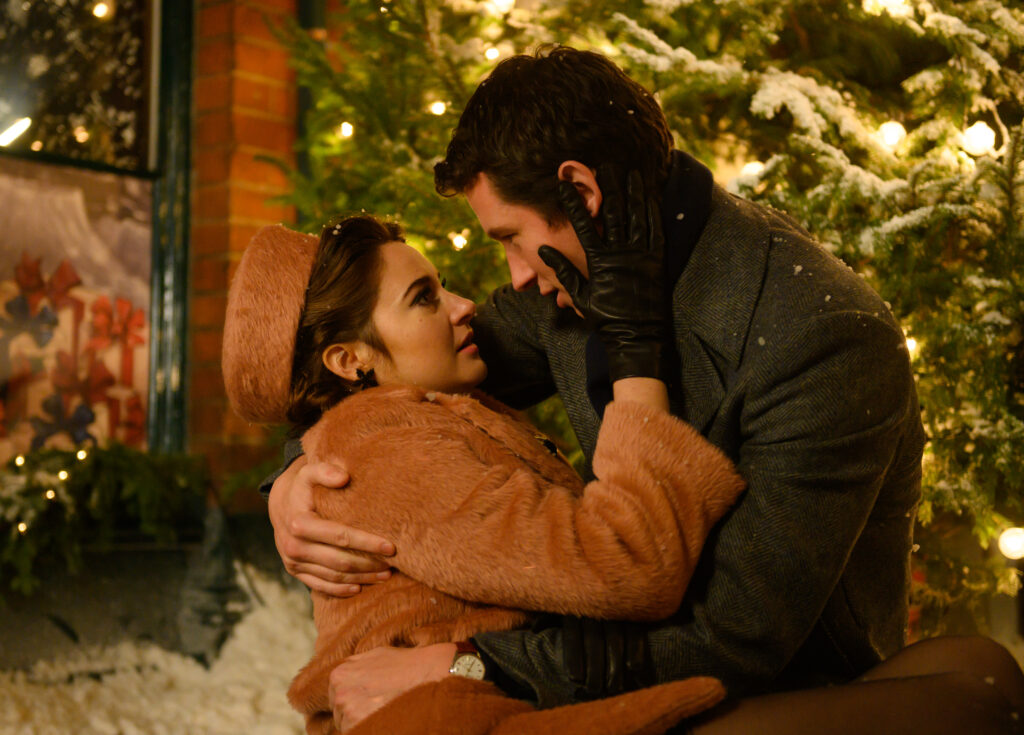 Focusing  more on the gradually development of Jennifer’s affair in an era where morals were loosening up yet divorce was still decidedly one sided (though in fairness its only marginally better these days). It’s very much a different era emphasized by the level of cigarette smoking  comparable only with the beagle dogs at a tobacco company research facility.

It’s a cosy throwback to yesteryear with the use of old fashioned handwritten letters and should this ever be remade in 50 years time presumably the modern day character will be trawling through an endless array of dick pics in order to piece together a love story.  After a year of pandemic lockdown where most of us have been trying to date using dodgy apps this is a reassuringly old fashioned love story

Here’s The Last Letter from your Lover trailer…..