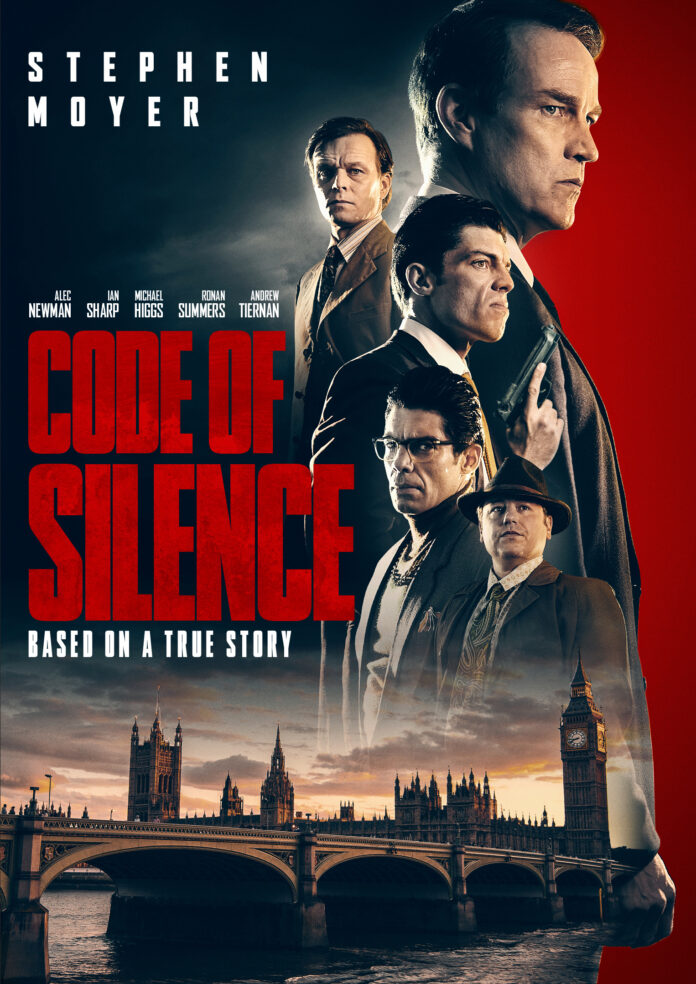 Our Editor’s recent audition for Mastermind unsurprisingly was catastrophically bad having failed to answer any of the questions and he gave us the excuse that being sat in a chair under a spotlight he thought he was being interrogated and was maintaining his right to a code of silence. We gave him an alternative reason namely that’s he’s an idiot (‘You’re fired!’ – Ed).

The Code of Silence here is that where witnesses to crime suddenly freeze up and decline to give evidence for fear of personal repurcusions and it’s that which presented the legendary Inspector Len ‘Nipper’ Read (Stephen Moyer) of getting charges laid against the Kray twins (both played by Ronan Summers)  leaving the pair to carry on with their East End enterprises. Derided and demoted to working in a windowless basement  Nipper gets a second bite at the cherry two years later and heading up a low key operation with offices in a disused warehouse with a couple officers bought in from the counties to prevent any corrupt cops leaking any info to the twins. 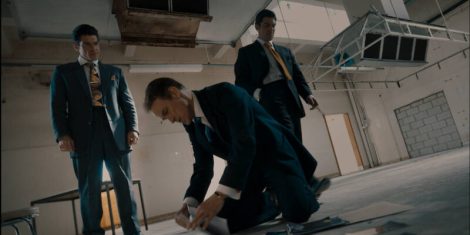 Split into seven chapters, Code of Silence, for a change is not Krays –centric  but instead focuses far more on Nipper finally got the evidence needed to convict the Krays for life for the murders of Jack ‘the Hat’ McVitie and George Cornell. Filmed mostly in just the one location this is a low budget film but with several directorial flourishes from Ben Mole that lift it above the average  putting Nipper in The Blind Beggar pub at the time of the Krays committing murder. And its Nipper who adopts now well know technique for taking down mob crime bosses – start at the foundations to bring down those at the top

Based on the true life story it’s not without the usual well known tropes of police procedurals – so we have the supercilious senior rank too fearful of making a  difficult decision lest it affects his own position,  the taunting sneer of criminals in interview, and the prone to ready violence Scottish sergeant but at the heart of this is the determination of Nipper – an uneducated man but with impeccable gut feelings and common sense policing dedicated to the takedown of criminals. In that respect it’s the last 30 minutes that demonstrates this with the massive gamble Nipper took and if it failed, it would destroy his career and risk the lives of witnesses. Set in an era before the Police & Criminal Evidence Act came into being Code of Silence is something of an ode to old school policing and when members of the public would actually assist police rather than stand  by filming on their phones.

We chatted with Stephen Moyer about the film and his role as Nipper…..

Here’s the Code of Silence trailer……