London is notorious for its residents  not knowing who their neighbours are and in fairness if you lived next door to Dennis Nilson you’d be selling up straight away. Cordelia (Antonia Campbell-Hughes) lives in a basement flat which she shares with her twin sister Caroline (also Antonia Campbell-Hughes). Caroline is something of a carer for her sister as Cordelia is still haunted by an incident in her past that impacts on her day to day life. So when Caroline flits off on a last minute break with her boyfriend Cordelia has to fend for herself and battle the demons. 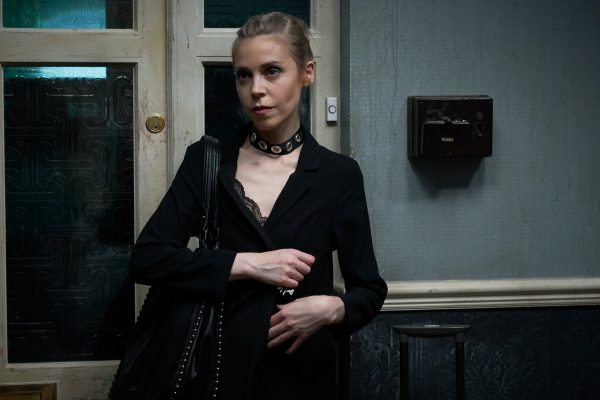 But it’s not just demons, it’s a couple of odd neighbours including Moses (Michael Gambon) who lives opposite. An elderly neighbour appropriately named as he appears to be the same age as his Biblical namesake. As played by Gambon he is dishevelled possibly suffering from dementia, unable to look after himself  properly  and with little clue as to what is going on around him and the twist here being that he is not a member of the House of Lords. It’s a fleeting appearance by Gambon barely in the whole film for more than a few minutes. However Cordelia’s upstairs neighbour is musician Frank (Johnny Flynn)  sawing away at his cello as he practices and he befriends her as she sits at a pavement cafe. His intentions towards her are more than friendship having admired her from afar he becomes ever more amorous but its clear that there’s something about Frank that is not quite right. 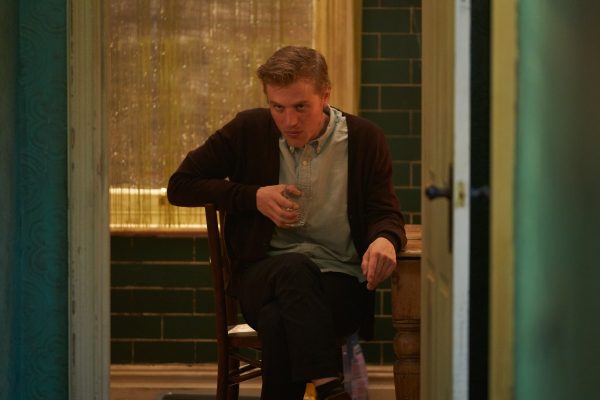 Co written by Campbell-Hughes with the director Adrian Shergold ,an extremely accomplished TV director the film owes much to Polanski’s ‘Repulsion’ as Cordelia starts to unravel not helped by a series of  anonymous phone calls. But after setting itself up as a human drama its around half way through that the film that there is an increasing air of uneasiness to put the audience on edge  underlined by a sustained shimmering wavering single violin note on the score as reality starts to waver for Cordelia.

Running for only 90 minutes the film is perhaps more of a quality TV drama than a big screen experience and it’s a little unsure as to whether it wants to be a psychological drama or a thriller or a horror and the ending is ambiguous enough to leave it open to debate with Campbell-Hughes, as ever, very good in the central role.