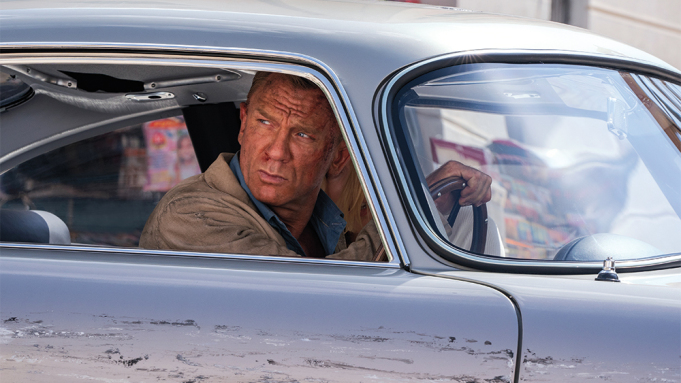 Intense action and drama unfold hand in hand from the outset in with the iconic Aston Martin DB5 being Bond’s car In No Time to Die making a much-anticipated return. Indeed, the car’s role in Spectre’s final scene allowed a smooth transition into No Time To Die, the story picking up with Bond and Madeleine driving along the Italian coast. The car then goes on to enjoy potentially its most memorable performance yet as the centrepiece in a road chase through the narrow, labyrinthine streets of Matera in Southern Italy. “It is great to have the DB5 again,” says Craig, “which in the story was reconstructed after Skyfall, returned in Spectre and is now in perfect condition.” He smiles. “And it now has a few added extras.” 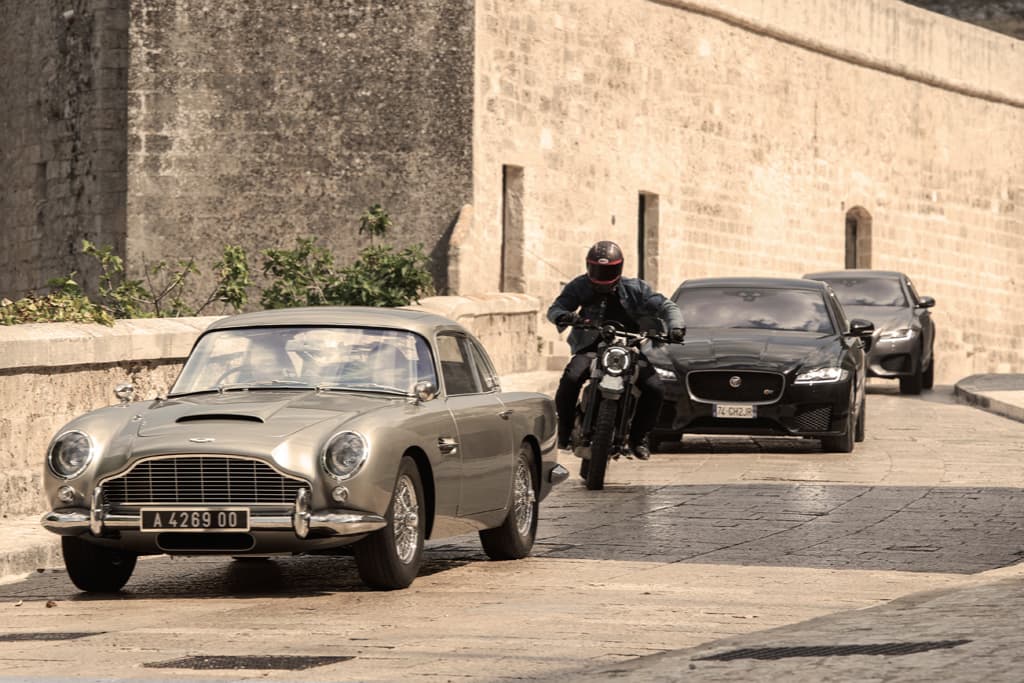 “There’s a motorbike chase right at the beginning, which is like a little amuse-bouche for
the car chase sequence where Bond is driving the DB5,” he adds. “It does everything
that Bond’s DB5 should do, and we do it all against the incredible backdrop of
Matera.” To shoot the Matera sequence, the filmmakers used two classic DB5s, which have an identical finish. For the majority of the close-up shots with Bond and Madeleine entering
and exiting the car, the production used the EON-owned vehicle that featured in
GoldenEye, Tomorrow Never Dies, Skyfall and Spectre. 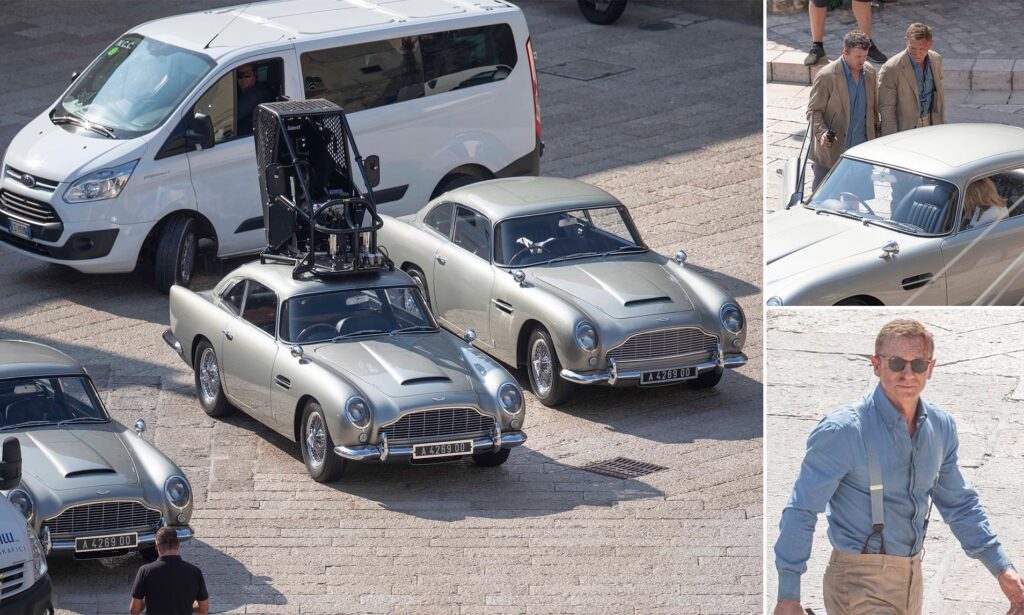 All the stunt work, meanwhile, was shot with eight bespoke DB5 stunt replicas built specifically for the production by the engineers at Aston Martin. Two of the eight vehicles were built as gadget cars to house the smoke screen, the mine dispenser and the machine guns. Of the remaining six, two more were fitted with pods that allow the stunt drivers to control the car while sitting on the roof. This ensured that the actors could be filmed inside the car when it drives at high speed. 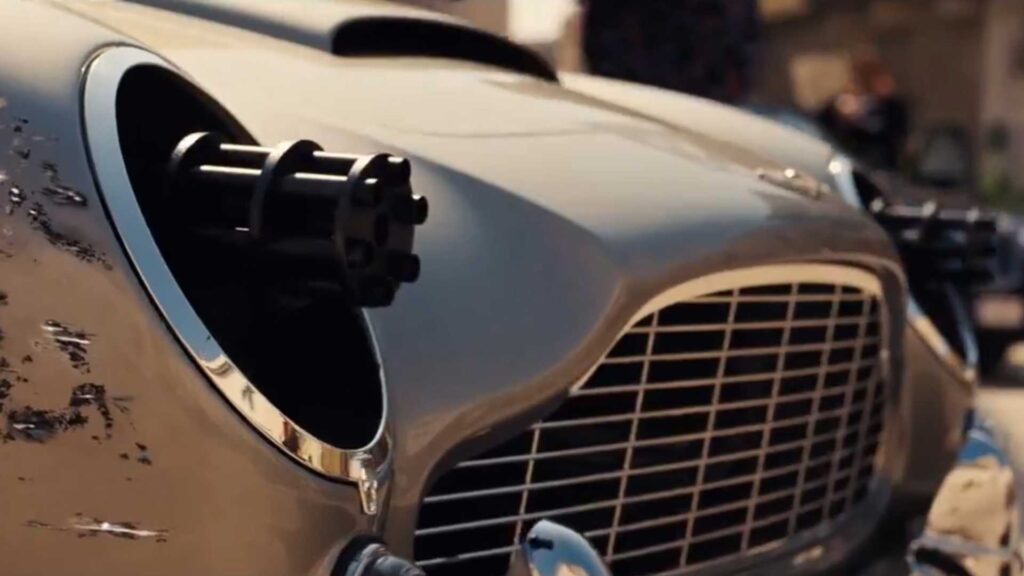 When designing the gadgetry for the sequence, special effects supervisor Chris
Corbould worked first with Cary Fukunaga and producers Wilson and Broccoli to ascertain
what they wanted to feature in the film. “Cary wanted the sequence to be gritty,”
Corbould explains, “but he didn’t want it to be over the top. The sequence was evolving
right up to us shooting the scenes in Matera.” 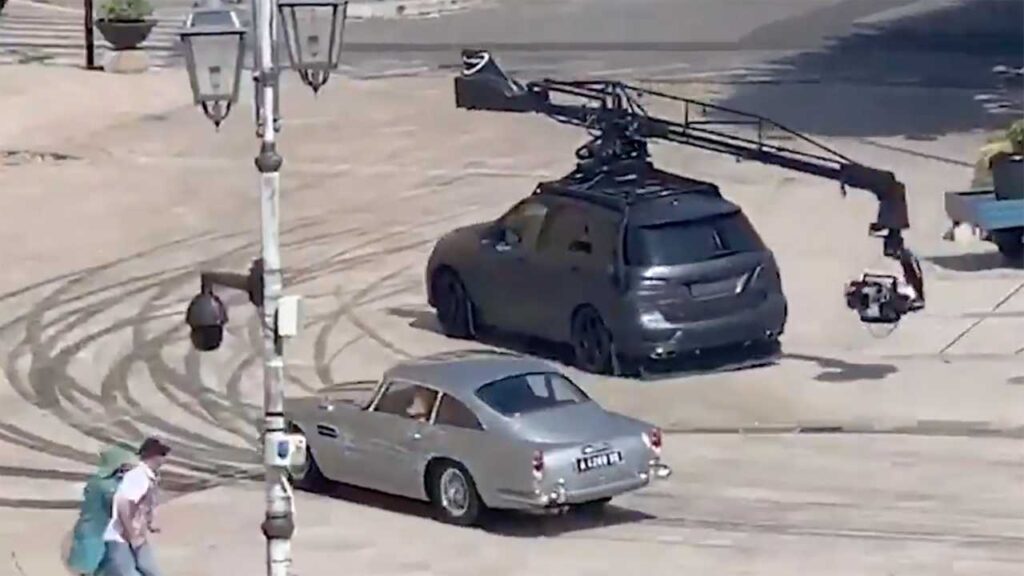 “And there are so many things that make it exciting,” he adds. “First, you’ve got the
beautiful location in Matera. It’s a city with such a rich history and it looks amazing.
Then throw the car into the equation, which is doing more than it’s done since
Goldfinger in 1964. We had a fleeting glimpse of it in Skyfall, but Goldfinger is its last
big sequence. And now for it to come back in all its glory and have a spectacular
sequence again, the audience will love it.”

Three more Aston Martins feature in the film, including Bond’s classic Aston Martin V8,
driven by Timothy Dalton’s Bond in 1987’s The Living Daylights. Also featured is one of
Aston Martin’s latest hyper-cars, the Valhalla. It appears in a wind tunnel at Q’s lab
where M fields a call from Bond. Quite what die hard fans will make of Bond’s car in No Time to Die will soon be known.