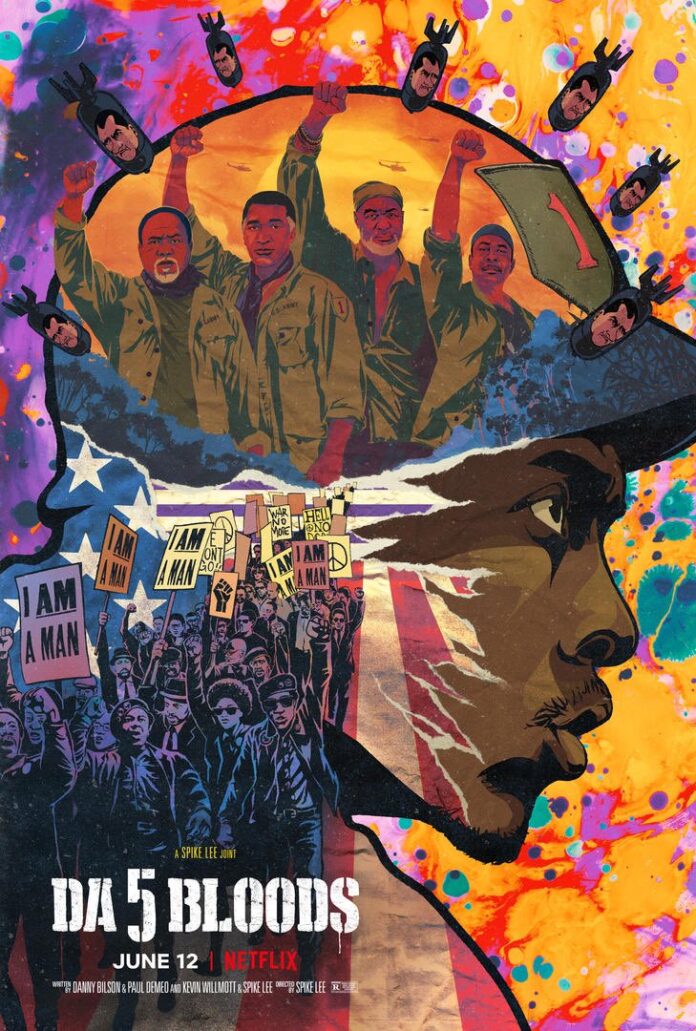 With the worldwide demonstrations prompted by the death of Floyd George after he was detained by Minnesota police at the roadside for using counterfeit dollar bills it’s a timely release for Spike Lee’s film, Da 5 Bloods.  It starts in Lee’s typically incendiary style with Mohammed Ali speaking about his ethnicity before a montage of brutal newsreel clips from the Vietnam war which still hold their ability to shock 50 years later. It’s now modern day Vietnam and 4 afro-american Vietnam vets played by Delroy Lindo, Clarke Peters, Isiah Whitlock Jr and Norm Lewis, all in high spirits, meet up in the lobby of a luxurious hotel. Their reason is more than just a holiday, it’s to seek the remains of their fallen squad leader Chadwick Boseman killed in combat but whose body was never bought home. It’s one of many political digs at the US government that the ‘never leave one behind’ ethos, as pushed by Hollywood movies like ‘Rambo : First Blood Part II‘, is criticized. 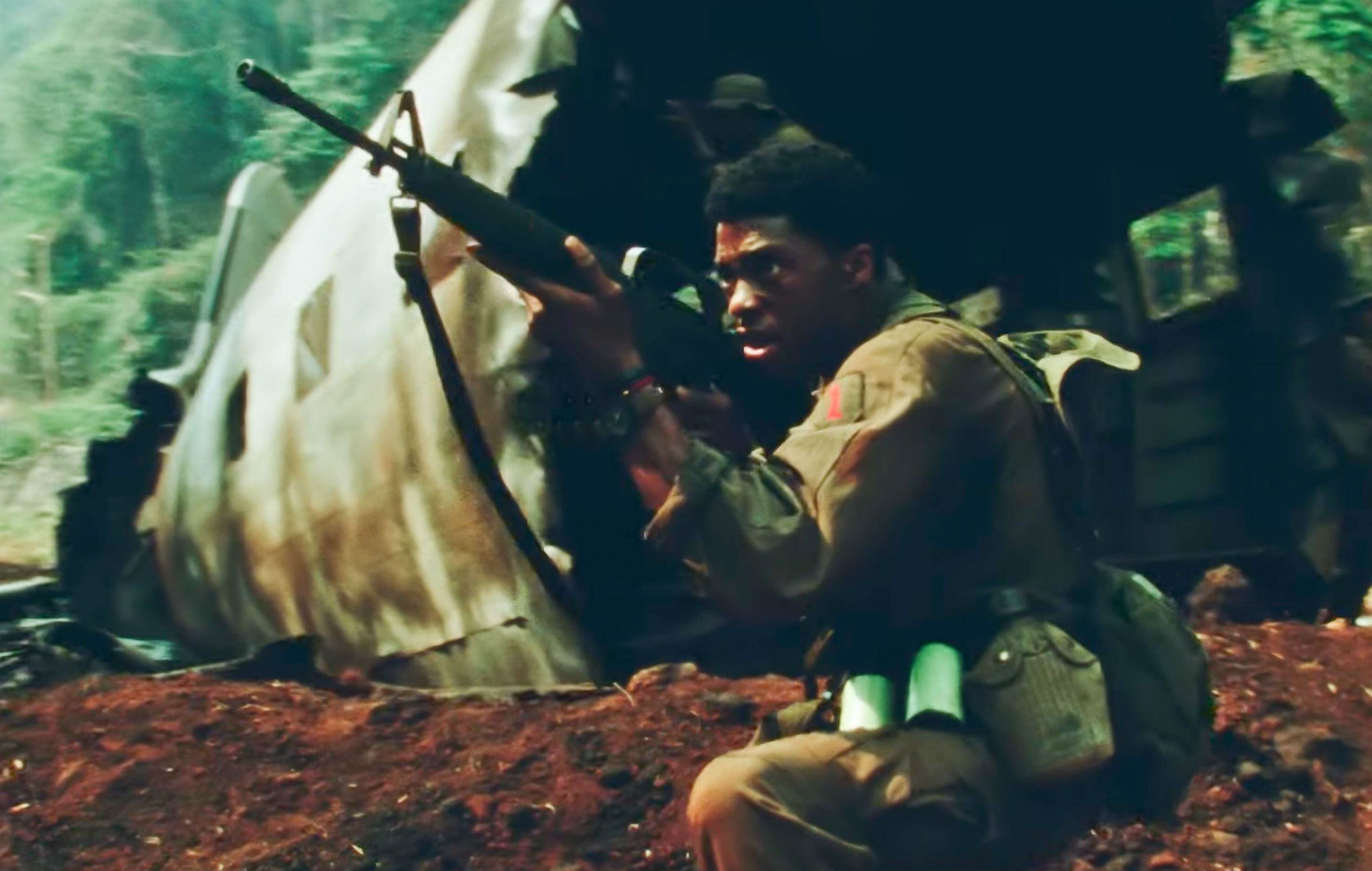 But their reason for returning is not altogether altruistic because the fire fight where he died also uncovered a crate of gold bars that Da 5 Bloods bury with the intention of coming back for and as older men living off their war pensions is the impetus for them to come back and find it and sell via a slippery French middleman played by Jean Reno. Unfortunately for Da 5 Bloods they’re not the only ones who want the gold and inevitably greed starts to consume all who are involved.

For fans of the now Oscar winning Spike Lee this won’t disappoint with black politics peppering the dialogue especially in  the first half where little known figures are sometimes shoehorned into the dialogue in one notable moment where the people they are talking about have their photographs flashed up on screen. It’s a regular Lee technique but more successful is the one that he employs to flit back in time to the men during the war.  Unlike last years The Irishman the four leads are not digitally de-aged but instead Lee uses a change in frame ratio to the old 4:3 with the film squeezing back into its usual widescreen aspect when returning to the men in modern day. It’s brilliantly effective. Da 5 Bloods journey is played out to tracks by Marvin Gaye tracks suitably led by, ‘What’s Going on?’ a song written that takes into account the turmoil the US was going through during the war and its treatment of the returning soldiers. The tracks work well commenting on the action as well as placing the film in its era. What works less well is the original score which crops up during scenes where silence would have helped rather than hindered. 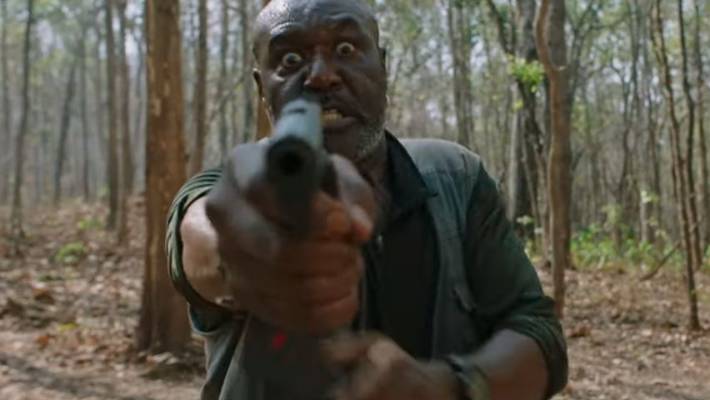 All four characters have their story but its Lindo as the extremely volatile Trump supporting (and in typically outspoken way the comb over King is overtly ridiculed) alpha male that has the better role of the four and when his estranged son turns up it only adds to fuel his ire and he’s conflicted as to wanting to develop their relationship.  At two and a half hours this is a long film which would have benefited from being half an hour shorter but as with all of Spike Lee’s back catalogue Da 5 Bloods has a load of really great scenes including action which is not something readily associated with his films.

Rambo this is not. Thought provoking if a little overlong this is Lee maintaining his position as the one of the world’s leading black filmmakers.