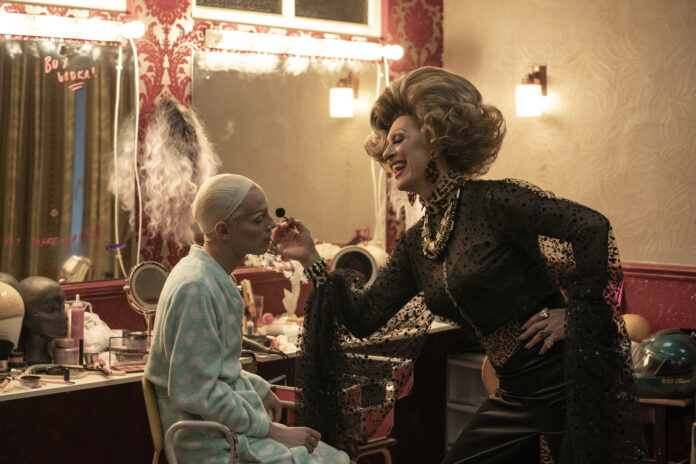 Inspired by the 2011 television documentary Jamie: Drag Queen at 16 directed by Jenny Popplewell it was adapted for  theatre where its been a huge West End success and now its third incarnation sees it as a film. We now have the Everybody’s Talking About Jamie – First Look Photos 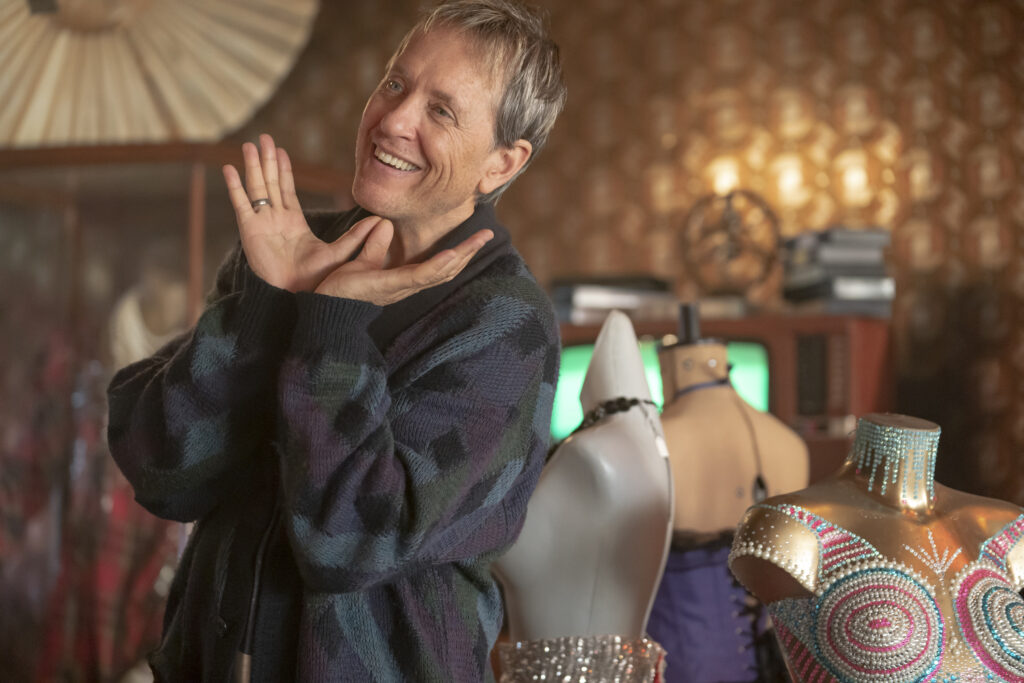 Inspired by true events, Everybody’s Talking About Jamie follows Jamie New (Harwood), a teenager from Sheffield, who dreams of life on stage. While his classmates plan their livelihoods after they leave school, Jamie contemplates revealing his secret career ambition to become a fierce and proud drag queen. His best friend Pritti (Patel) and his loving mum (Lancashire) shower him with endless support, while local drag legend Miss Loco Chanelle (Grant) mentors him toward his debut stage performance. But Jamie also has to contend with an unsupportive father (Ineson), an uninspired careers advisor (Horgan), and some ignorant school kids who attempt to rain on his sensational parade. In rousing and colourful musical numbers, Jamie and his community inspire one another to overcome prejudice, be more accepting, and to step out of the darkness into the spotlight. 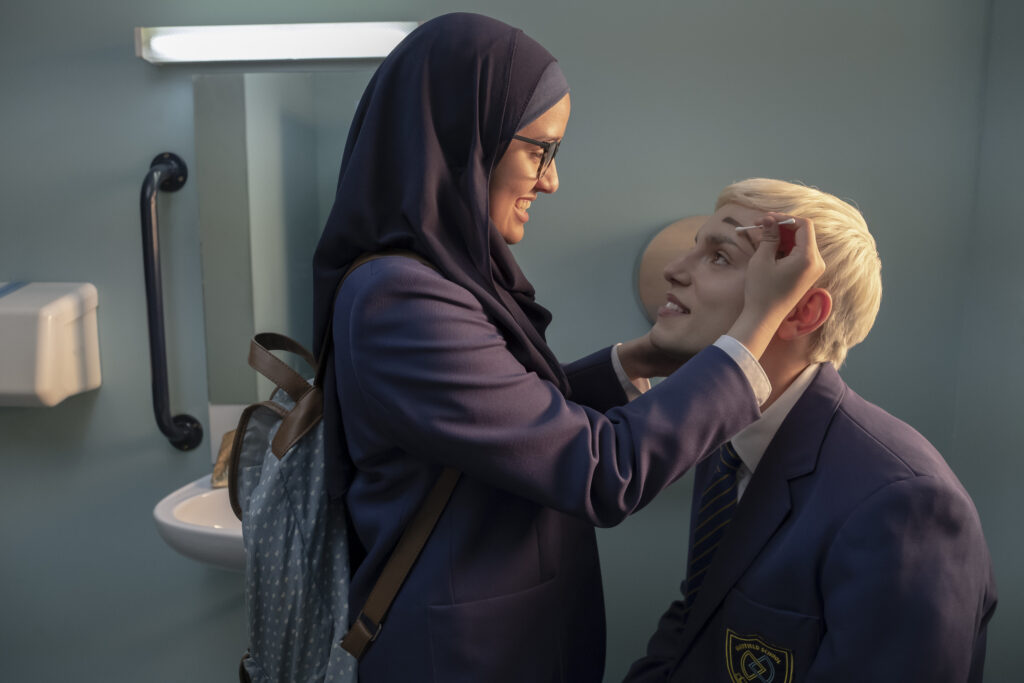 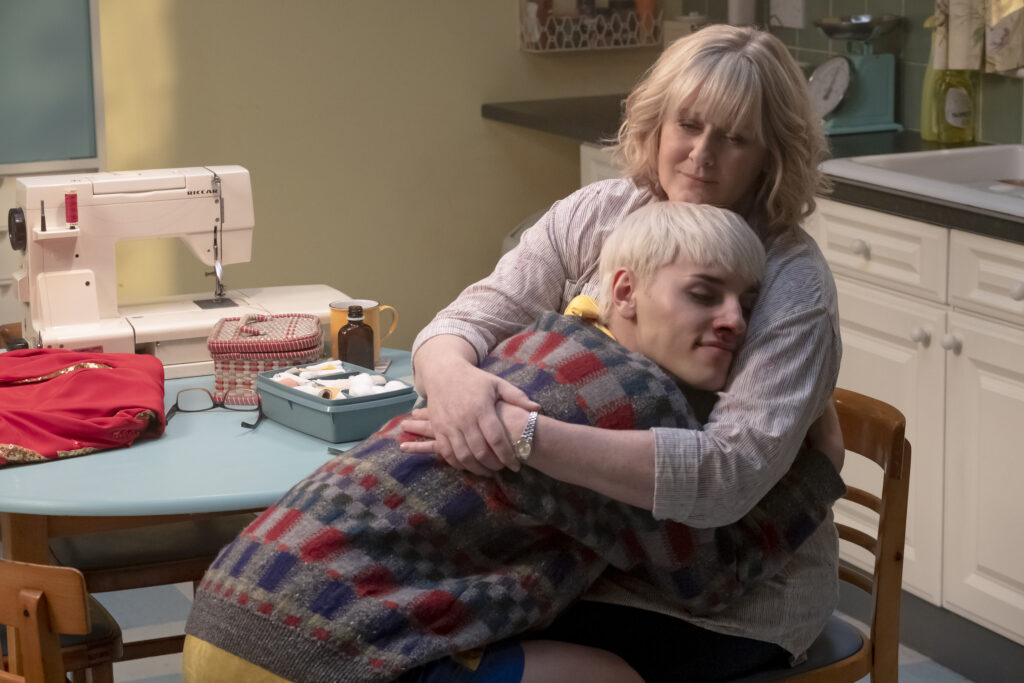 The film was announced in May 2018 with filming beginning in Sheffield on 24th June 2019. The film was originally scheduled to be released in 2020 but was postponed to January 2021 due to the pandemic. It was postponed again to February before it was then removed from the release calendar and in May 2021  Disney cancelled the film’s domestic theatrical release and sold the distribution rights (excluding China) to Amazon Studios who have set a 17th September 2021 release on Amazon prime. It premiered recently at the Frameline Film Festival on 12 June 2021, as part of their San Francisco Pride celebration. 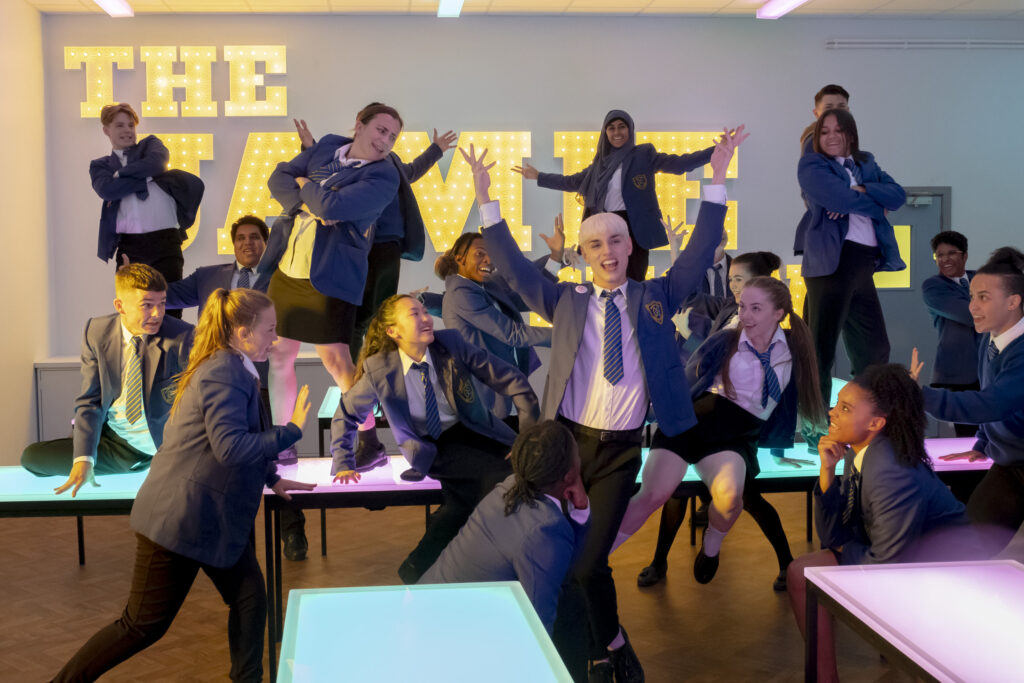