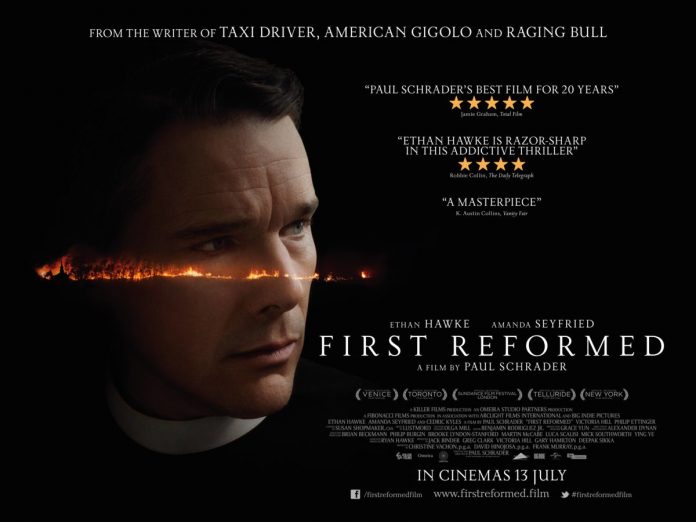 With President Trump’s penchant for reformed meat in fast food burgers he’s now got so much compacted meat in his colon that any bowel movement would surely give birth to a new life form. That however is not the meat of writer-director Paul Schrader’s First Reformed.

In keeping with so many of Schrader’s films this is another exploration of faith with Ethan Hawke as the priest of a small New York church with an even smaller congregation. Already conflicted by issues in this past the reverend is approached by one of his few congregation members, Mary (Amanda Seyfried). With a baby on the way she wants him to speak to her environmentally conscious husband who wants her to abort the baby rather than bring it into a world he sees at the tipping edge of destruction brought about by man’s actions.

Schrader was bought up by his parents as a devout Jesuit himself and his theological leanings run heavy throughout nearly all of his films and this is no different to the despair his characters see in the world around them most famously in his breakthrough film Taxi Driver, Hawke’s Reverend initially doesn’t go the extremes as De Niro’s Travis Bickle but it’s the meeting with the husband that sees him begin to see his point of view despite putting forward a pro-life argument. It’s  a pivotal scene in the film with reverend and husband both making cohesive and persuasive arguments. 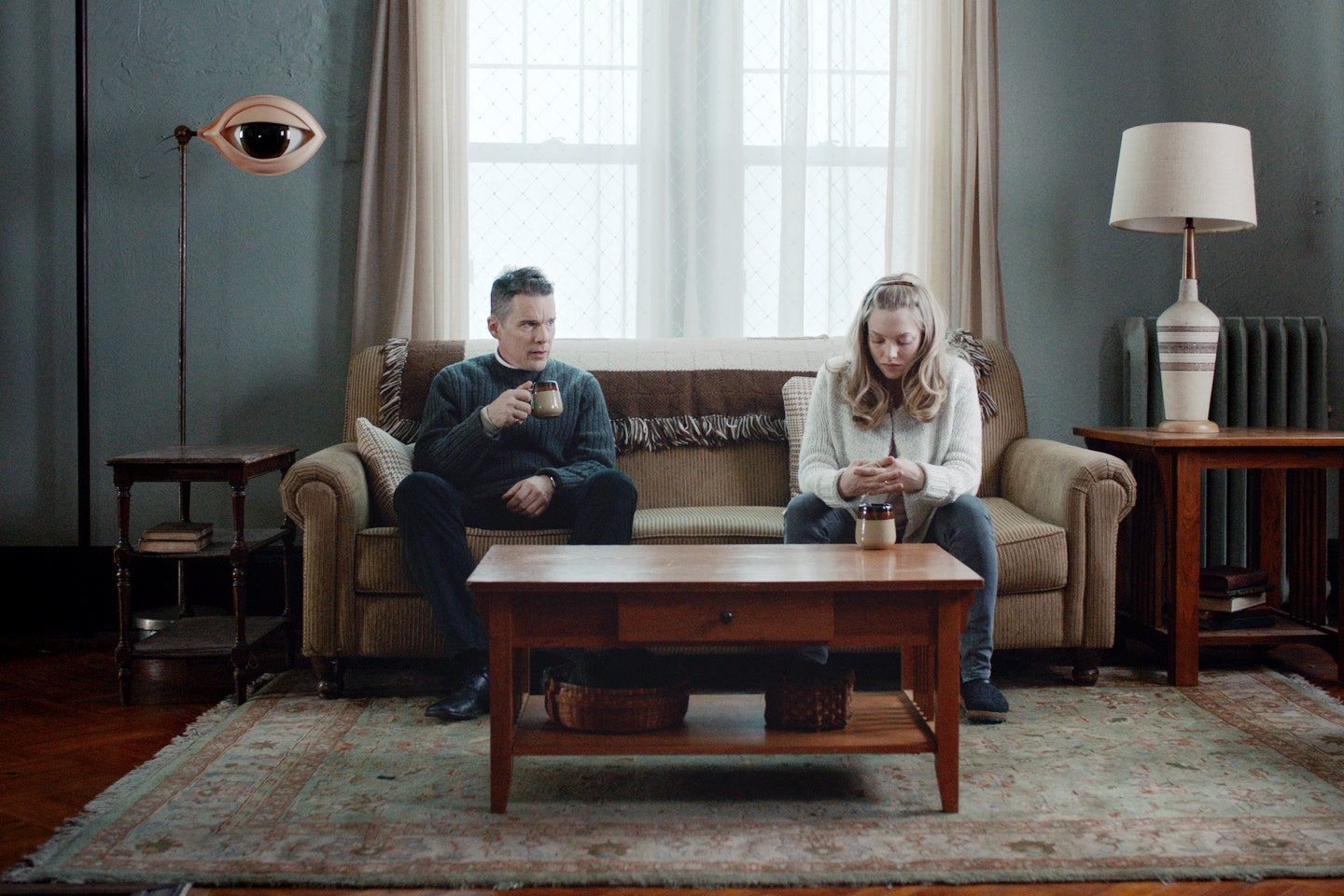 What springs from here sees the reverend really start to knock back the booze like a trainee Father Jack in TV’s seminal comedy Father Ted and with such a small congregation members soon start to notice and as a medical check up for him seems ominously terminal he decides to start to make his stand against what the world is doing to itself. It’s here that some will have problems with credibility of the actions he intends to take. It all leads to an ending which will infuriate as much as it will provoke debate.

Since Scorsese’s Bringing out the Dead in 1999 First Reformed is only the 3rd script Schrader has written having chosen instead to direct some films which seem wholly out of keeping with his usual oeuvre. His last film , ‘Dog eat Dog’ was a minor move back to decent films again after some lamentable and rightly forgotten tosh such as the outright rubbish The Canyons which appropriately enough starred Lindsay Lohan who herself is in desperate need of career salvation.

First Reformed is theology heavy from its use of Biblical names (Mary, Esther) to its church setting and Hawke (The Magnificent Seven) and Seyfried are great in their roles dealing with the profound issue that he throws at them and most surprising is the casting of Cedric the Entertainer, a misnomer if ever we heard one judging on his previous film appearances in  A Haunted House 1 & 2 and a long list of lamentable TV litter. Here he restores credibility  in the straight role as the senior cleric of his church organisation. It’s a mark that he’s taking it all a bit more seriously too having thrown away the mirth free moniker and is now credited with his real name Cedric Kyles.

But for Schrader too ‘First Reformed’ is a long awaited return to form.