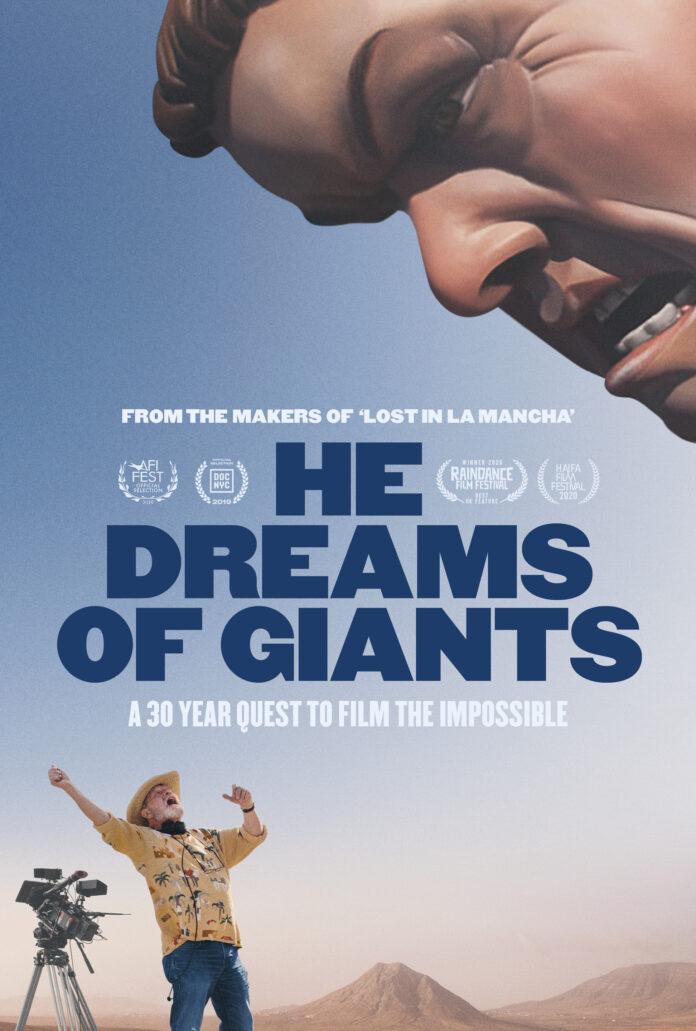 Terry Gilliam’s career seems to have been a series of battles to get his films made with ‘Brazil’ setting the template as he fought the studio to prevent them from re-cutting it to give the film a happy ending in what was a surreal dystopian glimpse of the future. So whilst his subsequent films have not been without their problems it’s his efforts to make a Don Quixote film that have become legendary. With the film having started filming twenty years ago it lasted only a six days before it was shut down due to a series of almost unbelievable misfortunes – (read the full story HERE).  After 7 attempts Gilliam finally got to make his long cherished project, ‘The Man who killed Don Quixote’ (reviewed HERE) and He Dreams of Giants follows Gilliam as he gets the chance to finally make his dream project. 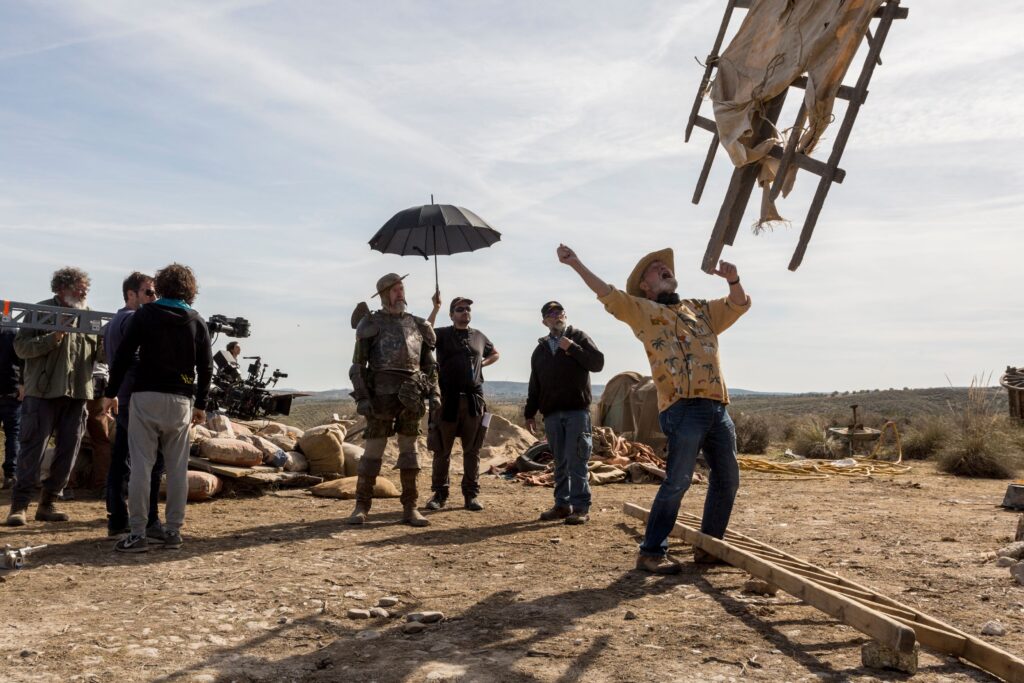 The turbulent attempt to finance the production became the source of every interview with Gilliam admitting that his obsession was ‘not a film it’s a medical condition!’  The documentary ‘He Dreams of Giants’ is directed by Keith Fulton & Louis Pepe who similarly followed him with his first attempt to make the film producing the documentary, ‘Lost In La Mancha’ and a catalogue of disasters that sunk the film. As fans of Gilliam and his work Fulton & Pepe have captured the frustration of making a film brilliantly and the director is disarmingly frank about his career admitting that he is no longer A-list. His characteristically infectious giggle belies a tired and frustrated man as his long gestating film edges towards production. Yet he is conflicted too –with the film finally days away from shooting the documentary captures Gilliam grow ever more anxious knowing there is now a weight of expectation on the film. 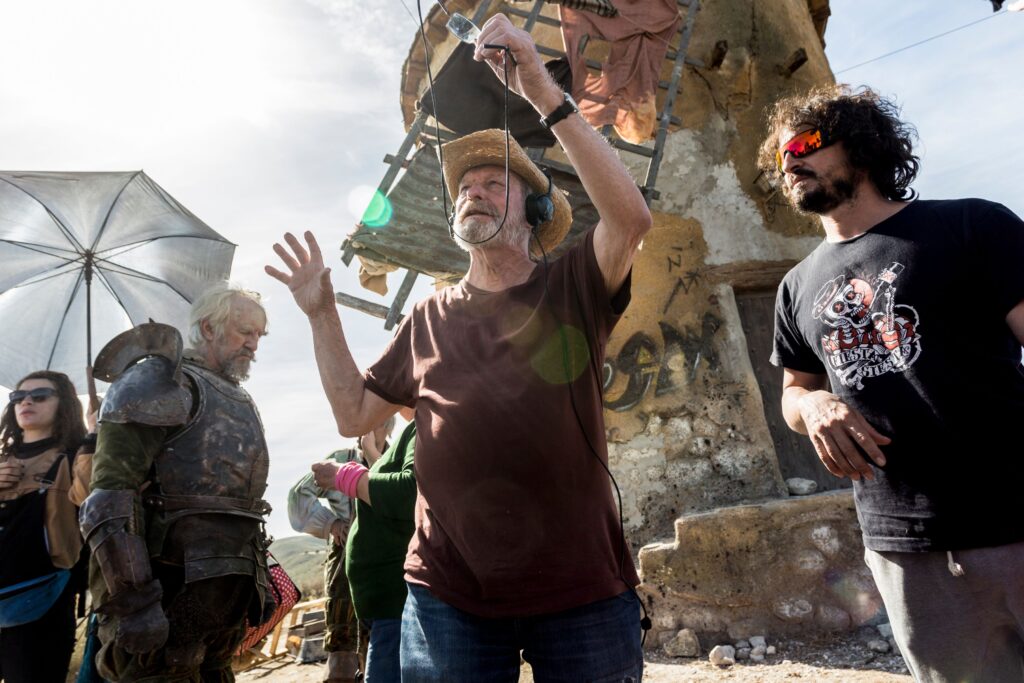 Belying his normally jocular public face Gilliam’s first few days on set see him as tetchy and anxious constantly checking his watch not wanting to fall behind schedule  and over budget – a regular problem for financiers of his films and of course almost inevitably something goes wrong as the film edges towards it final few days of shooting. 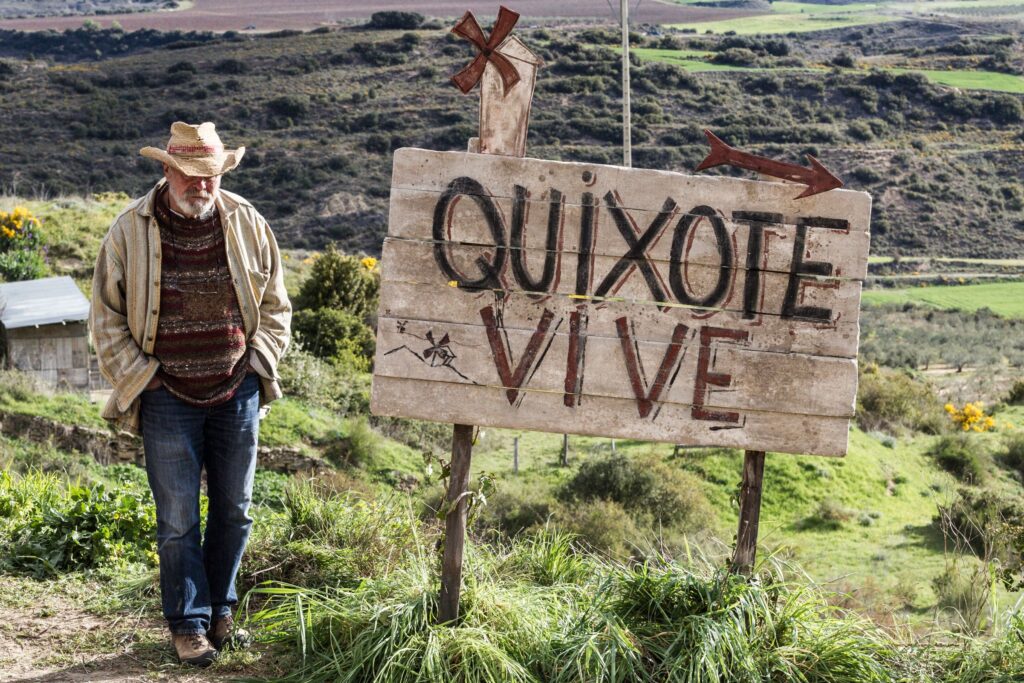 He Dreams of Giants captures the agony and occasionally the ecstasy of film making with Gilliam’s entire career seemingly one of the tortured artist rewarded by a standing ovation when the film is finally premiered at Cannes in 2018 yet the film flopped at the box office earning only £2.3m.  Even then the film was hit with further problems when a former producer sued Gilliam – (details HERE) – though the film doesn’t cover that aspect of the film. Despite the perceived glamour, film sets are notoriously dull places with so much potential to go awry and the frustration that comes with it and He Dreams of Giants brilliantly captures one of the world’s most idiosyncratic director at the centre of it all.

Here’s the He Dreams of Giants trailer…….