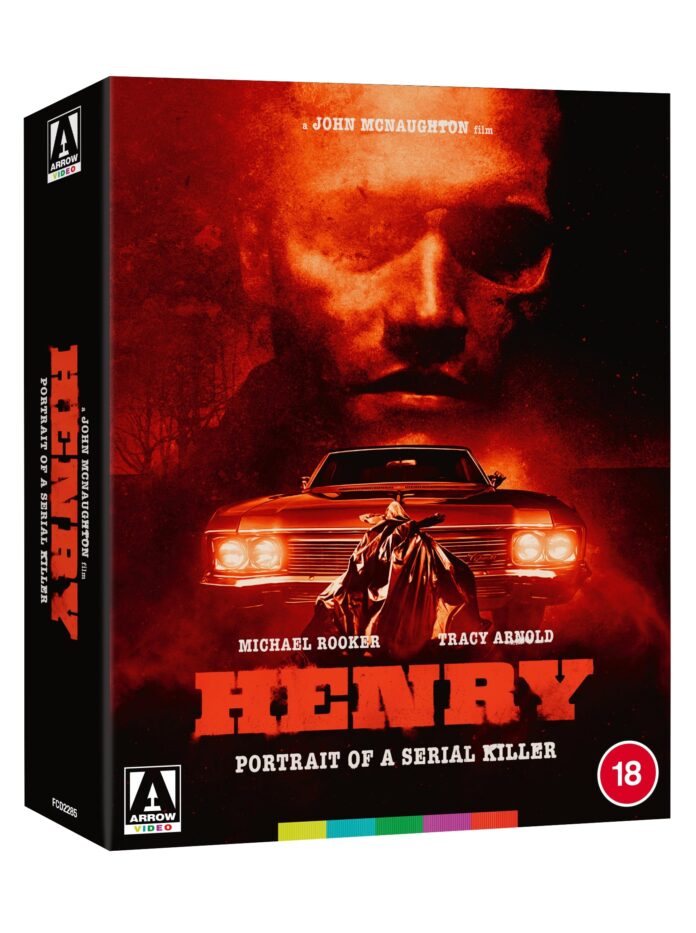 Even before Anthony Hopkins career defining and enjoyably theatrical Oscar winning performance as Hannibal the Cannibal, Hollywood has always had a fascination with serial killers. Real life serial killers have included Ted Bundy, the handsome suave killer of female students, John Wayne Gacy the child’s entertainer who murdered 33 boys and of course there’s the failed Billy Bunter tribute act who became Prime Minister of the UK and whose ineptitude during a pandemic led to the deaths of tens of thousands whilst he went to parties. Jonathan Demme’s 1991 thriller ‘Silence of the Lambs’ swept the board come Oscar time but had put a gloss on multiple murder. But back in 1986 a far more grim portrayal of this time of criminal was put on the screen with director John McNaughton’s ‘Henry Portrait of a Serial Killer’. Based on the true life story of real life killer Henry lee Lucas the film starred Michael Rooker in the title role.

The film follows Henry (Rooker) an ex-con who finds temporary abode in the rundown Chicago lodgings of a former jail acquaintance and small-time drug dealer, Otis (Tom Towles). Hiding behind his unremarkable employment as a pest exterminator, Henry leads a double life, prowling the streets by night on a brutal and apparently motiveless killing spree. As the bodies mount up, Otis finds himself inducted into Henry’s dark secret world, but when Otis’ sister Becky (Tracy Arnold) moves in, herself fleeing from an uncomfortable domestic situation, it quickly becomes apparent that two’s company, but three’s a crowd.

McNaughton put on screen an unflinchingly bleak picture of the random nature and the mundane way that Henry goes about his murderous spree culminating in a depressingly downbeat and morally ambiguous end shot that stays with you long after the film has ended. Beside a small role in a TV film, Henry Portrait of a Serial Killer was Rooker’s first film in a lead role in what was a film with several extremely grim and challenging scenes of which a home invasion and the subsequent slaughter of a family is a deliberately difficult watch and McNaughton underlines how complicit we are in regarding this as entertainment when Henry and Ortis, having filmed the murders, watch it all back on their home video player as we watch them watching their film of the killing spree. It was a scene that when first seen in cinemas had audience members walking out.

Director John McNaughton had been making crime documentary’s for a pair of producers which had made some money. The producers had had a deal fall through and with this now spare money they agreed to let McNaughton make a low budget horror film. What they got was Henry Portrait of a Serial Killer that had been shot in 28 days. Bizarrely both producers were non-plussed by the end product and were unsure whether to even bother releasing it on video let alone in the cinemas and it sat on the shelf for several years. It was only when one of the producer’s employees saw it and implored them to at least show it at the Chicago Film Festival in 1989 that they relented. Audiences were stunned and the producers for the first time realised that there may be something in this film after all and decided to release it in cinemas.

Releasing it was to prove far more difficult. Initially given the death knell when the MPAA gave it an X-certificate – a category normally reserved for porn – the new NC17 certificate was created which also allowed ‘The Cook, the Thief, his wife and her lover’ as well as ‘Tie me Up, Tie me down’ to also be released that same year. But Henry Portrait of a Serial Killer was far darker and far, far more disturbing than both of those and perhaps rightly so. Henry Portrait of a Serial Killer is not the glossy spectacle of serial murder normally presented by Hollywood. Instead murder is presented as sickening horror that makes the film at times a far from easy viewing experience.

Rooker’s performance head turned heads as well as stomachs and he would go on to work in films directed by Allan Parker, John Sayles, Michael Mann, Tony Scott, Oliver Stone and of course James Gunn in the Guardians of the Galaxy films. For McNaughton he too would find himself directing Robert DeNiro, Bill Murray and Uma Thurman in 1993’s ‘Mad Dog & Glory’ and 1998’s hugely enjoyable ‘Wild Things’ with Matt Dillon, Neve Campbell & Denise Richards in THAT scene but since 2013 he’s not gone behind the camera.

Henry Portrait of a Serial Killer is the antithesis to the sheen and superficiality of many serial killer thrillers. Shocking, disturbing and you don’t want to be in the same room as Henry.

Henry Portrait of a Serial Killer is now released on Limited Edition 4K UHD & Blu-ray in a new 4K restoration supervised by the director himself with bonus features as follows:

Here’s the trailer for Henry Portrait of a Serial Killer……