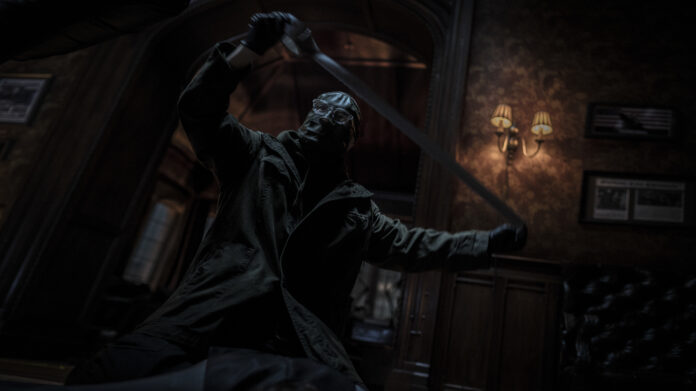 With The Batman on release there’s been much talk of The Riddler costume as played by Paul Dano and we got to ask him just what the influences were on such a radically different look for the villain….

Paul Dano : Well there was a lot there on the page and that certainly had some real life influences like the zodiac killer but what was cool about it is when you see the film where Edward Nashton and who he was inspired by but then maybe not having the same resources to make his costume. So we did work on it together and that stuff’s incredibly important and you can try to imbue it with the energy like Rob (Pattinson) said when you put on the suit so I needed that mask to carry some of the character for me, you know it’s a lot!…….so finding the right mask and what that allows to come through for the character of someone who’s totally powerless but wants to feel powerful and also for me it allows something to come through that I don’t know if the same thing would without the mask and then we tried this thing with the cling wrap because I thought I didn’t want to shave all the hair off my body because he should still be able to go out in the world and have his own Bruce Wayne, some invisible guy, his DNA. So I was trying to cover all this home grown detail without the resources and I think it’s an effective costume, I think it’s fairly upsetting!

Here’s a look at more costumes form the Batman…….