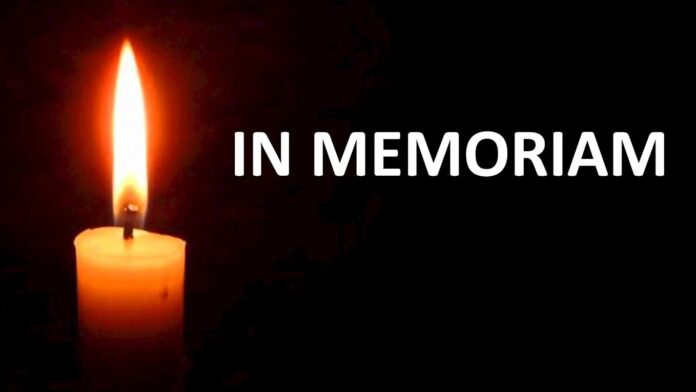 Many of you have said how informative you find our obituary pieces and have asked us about running an annual feature looking back on the year and those that we have lost. So here’s 2022 in Remembrance – a look back at the major movers and shakers we lost over the past twelve months….

2022 started with the loss of the director Peter Bogdanovich who, like Tarantino, had an encyclopaedic knowledge of film and for him it was inevitable that he would eventually write and direct film and those included The Last Picture Show, What’s Up, Doc?’ and Mask all excellent films which garnered Oscar nominations. Read out tribute to him HERE

At the same time we lost Sidney Poitier, a giant of acting and an influence to a generation of black actors and whose influence cannot be underestimated. Read our tribute HERE

February saw the death of director Ivan Reitman best known for 1984’s Ghostbusters. He had helmed several films including a string of Schwarzenegger comedies, Twins (1988) followed by Kindergarten Cop and finally Junior in 1994. he had been in London only a couple of months previously with his son Jason, a director too, for the premiere of the 2021 film ‘Ghostbusters Afterlife’ ( watch our clip below). Read our tribute to him HERE

The first actor of note to pass away was Oscar winner William Hurt in March 2022. Perhaps best known for his appearance as Thaddeus Ross in the Marvel his life had had a number of ups and downs – read out tribute to him HERE

Fred Ward might not have become a household name but his face was known probably best for ‘tremors’ the excellent action adventure throwback to the monster movies of the 1950’s. Read our tribute to him HERE

Passing away in May was the composer Vangelis whose distinctive score for Blade Runner was soon followed by the Oscar winning Chariots of Fire in 1984 and his influence on music was immense. Read our tribute to him HERE

Ray Liotta’s passing at only 67 years of age in May 2022 was something of a shock to everyone and perhaps will be forever remembered for his lead role in Scorsese’s GoodFellas. Read our tribute to him HERE

July 2022 saw the death of James Caan, an actor with a turbulent life and career who will be forever remembered as the quick tempered Sonny Corleone in The Godfather but equally his turn as a the kidnapped writer in Misery saw a softer side to him. Read our tribute to him HERE

Of similar age was the British actor David Warner, never really a leading man he was always great in support appearing in a a string of great films that included The Omen, Time Bandits and Titanic but do look out for a lesser known film of his, ‘Time after Time’ a Jack the Ripper inspired thriller that is well worth a look. Read our tribute HERE.

August 2022 saw the passing of director Wolfgang Petersen who had not helmed a film for 10 years after the flop of his 2006 remake of The Poseiden Adventure but he had directed a string of often excellent blockbusters that included Clint Eastwood’s In the Line of Fire followed by Outbreak, Air Force One, The Perfect Storm and finally Troy. read our tribute to him HERE

Robbie Coltrane for a generation will always be Hagrid in the harry Potter films but he was a giant of man both in physical size and talent and man and his role in TV drama Cracker was one of several that he excelled. Read our tribute HERE

Finally December saw the passing of director Mike Hodges whose debut feature get carter is the brit crime drama that all others are measured by. His career was one troubled by issues that either disrupted the production of his films, the films distribution or just had financing problems. Whatever it was we wish he had made far more films after he retired and moved to the West Country to retire. His death upset us as we had worked on one of his films many years ago and he was always great to chat to. Read our tribute to him HERE

We know others passed away including Angela Lansbury, Olivia Newton John, Kirstie Alley, Anne Heche, Paul Sorvino and of course Queen Elizabeth II who we mention due to her role in the 2012 Olympics opening ceremony (read about it HERE)