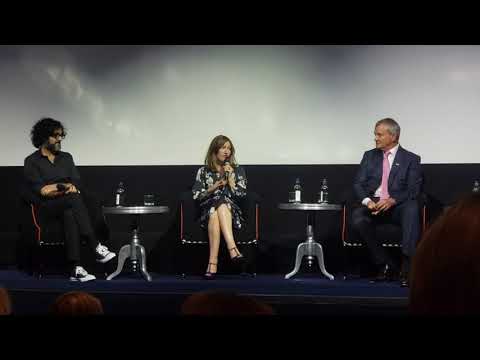 Hugh Bonneville and Kelly MacDonald are both dependently excellent actors and appear together in the new Netflix thriller, ‘I Came By’ directed by Babak Anvari in a twisting turning thriller which has nods to Hitchcock’s films.

I Came By follows a young graffiti artist (George Mackay) who discovers a shocking secret that would put him and the ones closest to him in danger. Read our review HERE

Both actors and director were at the premiere and did a Q&A about the making of the film revealing a whole load of behind the scenes stories and Hugh Bonneville talked about playing a character far removed from that which he plays in Downton Abbey and will defy audience expectations…..perhaps none more so than when animated TV series Rick and Morty comes up in discussion

Watch Hugh Bonneville & Kelly MacDonald talk about their thriller, ‘I Came By’…