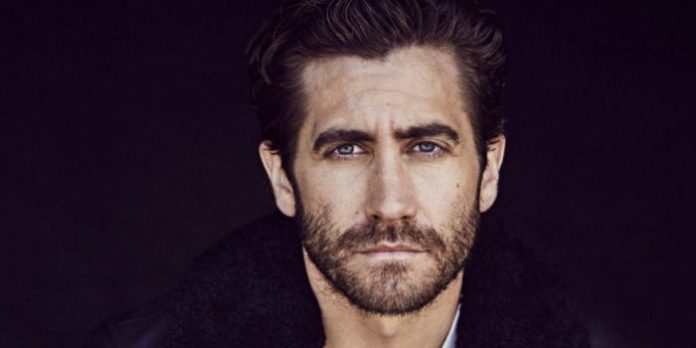 With the release of Stronger where he plays amputee Jeff Bauman it seems that this is Jake Gyllenhaal’s latest bid for an Oscar win after several great performances since 2012 with ‘End of Watch’, a really great police thriller followed in 2013 by ‘Prisoners’  directed by Dennis Villeneuve who himself was about to go on to make increasingly excellent films with Sicario, Arrival and Blade Runner 2049.

But it was 2014 which saw Gyllenhaal really go ‘method’ losing a huge amount of weight to play a gaunt LA video journalist which earned him a Golden Globe nomination but no Oscar nomination although the film did earn a nod for best original screenplay.

He went on to make a disappointing romantic comedy ‘Accidental Love’ for David O Russell before going all method again for boxing drama, ‘Southpaw’. Having lost so much weight for ‘Nightcrawler’ he then piled on the pounds and the muscle sculpting his body in to an incredible physique. Playing a boxer whose wife dies in a tragic accident and his daughter is taken into care Gyllenhaal went through the emotional wringer. Maybe it was a case of taking a page out of Robert DeNiro’s book when he made Raging Bull but it wasn’t enough to win any awards or even get nominated.

Pausing only to make a crowd pleaser with ‘Everest’ he went back to making art house films with ‘Demolition’ which was little seen and did similar business before then making the excellent ‘Nocturnal Animals‘ with Amy Adams.  It was one of the best films of 2016 and though he was nominated for a BAFTA he was overshadowed by an almost unrecognisable but excellent Aaron Taylor Johnson and Michael Shannon who would be the only actor nominated for an Oscar.

You have to go way back to 2006 for his only Oscar nomination and that was for ‘Brokeback Mountain’.

Having lost huge amount of weight and gained immense muscle he mercifully didn’t have his legs amputated for ‘Stronger’ and as we get into awards season we’ll see if he has any luck this time round though early rumours have Gary Oldman as front runner for the about to be released, ‘Darkest Hour’.

Gyllenhaal is only 37 years old and already has some impressive film performances to his name including Sam Mendes ‘Jarhead’ and David Fincher’s ‘Zodiac’ and has some interesting films about to be released over the coming 18 months which includes reuniting with the director of Nightcrawler in a drama about the art world. His next film ‘Wildlife’ is the directing debut of actor Paul Dano (fantastic as the antagonistic minster in ‘There will be Blood’ opposite Daniel Day Lewis) and looks like a heavyweight drama about the disintergration of a marriage. After this will be a western with Joaquin Phoenix & Rutger Hauer.

Even if he’s not nominated for Stronger it would seem that with such a body of great performances he’s bound to get an Oscar sooner or later….