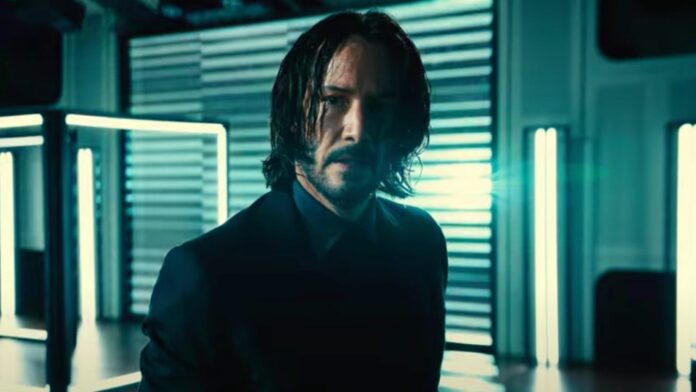 We don’t think anyone quite expected the first John Wick to be quite so successful and each subsequent film has made more money at the world wide box office than the previous film and now we have the John Wick 4 trailer which has ramped up the insanity of the action yet another notch.

First seen at the currently running comic-con in the presence of Keanu Reeves and director Chad Stahelski who were on the panel to introduce it and went on to tell the audience that this fourth film takes place in five locales: Japan, America, Paris, Berlin and Jordan. The trailer sees John fighting off enemies with samurai swords, guns bows & arrows and nunchucks, a weapon which will cause the UK censors all sorts of a headache.

We really like the John Wick films which have upped the ante in terms of how to shoot action in much the way that the Bourne films did and bought to the fore a number of very experienced stuntmen redefining how these types of films should be shot. The films have been relentless in back to back set pieces and are an exhilarating, if at times extremely violent, watch. Read about John Wick 2 and John Wick 3