The three wives, Kathy (Melissa McCarthy) with 2 kids to raise, Ruby (Tiffany Haddish) a black trophy wife tormented by her husband’s constant infidelity and tormented by her horrific harridan of a mother in law (a great Margo Martindale) & Claire (Elisabeth Moss) a victim of domestic violence , decide to take things into their own hands and take over their husbands extortion racket. The businesses seem only too happy about this, complaining that they didn’t get any protection for their money anyway. Now as difficult as the women’s money woes might be it’s difficult to sympathize when they set up their own extortion racket where corruption of cops and unions is the norm.

The Kitchen is the latest in what seems to be a weekly #TimesUp women led film (last week’s was Hustlers) and to a degree this plays a little like a menopausal Mob movie  which is no bad thing but doesn’t entirely convince here. Set in an unenlightened 1978 the film appropriately kicks off with ‘It’s a Man’s, Man’s, Man’s World  (though sung by Etta James rather than James Brown) it sees the women take on their own male led gang using the men as their muscle and the 3 wives have their own respective female empowerment story arcs  especially Claire who becomes the mouse that roared  taking out her anger in a comically gruesome dismemberment  of a male corpse in a bathtub to the unease of the two other women. The Kitchen also dallies with black power when Haddish gains in confidence and her scenes with the racist, hateful mother in law are a highlight of the film. 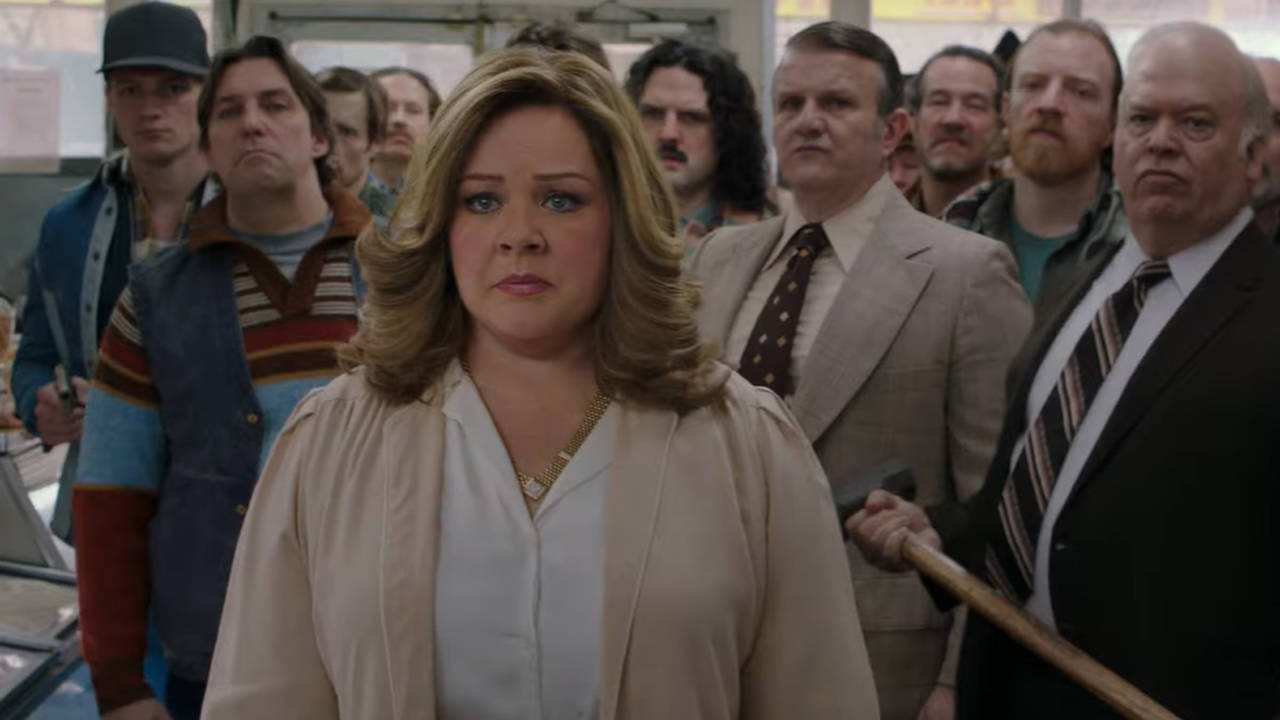 With its title The Kitchen intentionally ironic this is the last place these women will be spending time as they rise up against their husbands who individually are either  violent, feckless or unfaithful or sometimes all  of them with the rest of the Irishmen hardly any better with an opposing Brooklyn mob boss Alfonso (Bill Camp) perhaps the only one who recognizes them as his business equivalent.

It’s an entertaining enough film based on a series of  graphic novels but The Kitchen is not especially credible as films such as The Godfather or Goodfellas and this adds an unnecessary twist that doesn’t convince. But at the centre of it all, much like last years  ‘Widows’, are three decent performances that carry the film along.