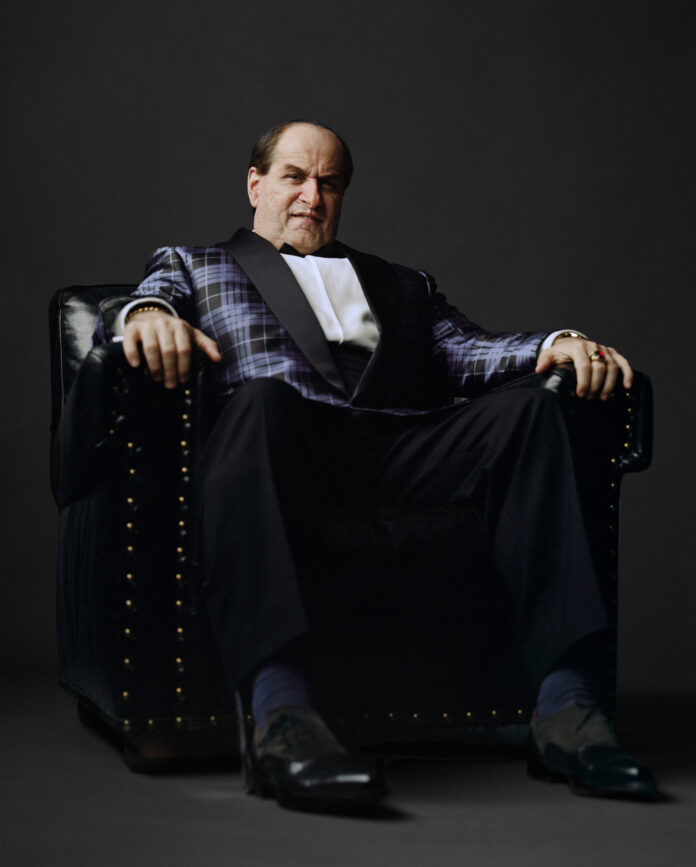 Director Matt Reeves recalls that when he first met with Colin Farrell about the role of The penguin, “Colin had some weight on him because of a movie he was doing, and I said, ‘You look great, you’d be great for the role.’ However, it wasn’t a healthy weight for him, and he was planning to lose it, but I knew that we were going to work with Mike Marino, who is a genius of a makeup artist, and the prosthetics that he does are incredible. So, with the references of Bob Hoskins (in The Long Good Friday) and John Cazale (in The Godfather films) in those roles, the two of them got together.”

Prosthetics makeup designer Mike Marino was charged with creating The Penguin’s prosthetics. “Matt Reeves wanted something that was a little pathetic and a little sympathetic for The Penguin,” he says, “and he referenced Fredo from ‘The Godfather.’ The Penguin is also, like the other characters, only just at the beginning of his career, so there was a little room for him to change and mature. I took inspiration from some older gangsters as well as the original comics and put them all together. In the end, I sculpted Fredo’s brow onto Colin as closely as I could, and after tweaking, he developed into this strange mob character: a scarred, grizzled heavy guy with maybe an insecurity or two,” he smiles. That insecurity might be derived from The Penguin’s pockmarked face and slight subliminal beak-shaped nose, visible in profile. Over a process lasting some three hours, Farrell gradually transformed into The Penguin, with individual pieces comprising nose, upper lip, chin, brows and earlobes, made up each day and glued onto the actor’s face and neck.

“Once the pieces were glued on, we would start painting it, airbrushing different tones and colors to match the skin tone as closely as possible,” says Marino. “Then stubble would be added next, then the eyebrows and the wig pieces. I couldn’t have asked for a better person than Colin to be in the makeup, because his personality is so unique and he did some really interesting things with his face, and added a sort of limp, and it really made The Penguin come alive.”

Colin Farrell was inspired by the physical appearance of the character he plays, revealing, “The silhouette of the character now is very dramatic and very different. I look like a penguin, like a bowling pin, and it’s nothing short of creative genius’ the actor told us.

See what we found in the Batcave HERE

Read about Paul Dano’s costume as The Riddler HERE

Read our review of The Batman HERE