What is it with Hollywood beefcakes appearing opposite cute winsome kids in family films? We’ve had Arnie in Kindergarten Cop all the way back in 1990 and since then anyone who’s ever graced a gym has followed suit whether it be Dwayne Johnson  in The Tooth Fairy, or Vin Diesel in The Pacifier or most recently we’ve had John Cena in Playing with Fire. Now we can add to the list Dave Bautista in My Spy as covert agent JJ for the CIA who we first encounter as a Russian mob man in a sting op to capture a plutonium dealing underworld figure. But all goes south and Bautista shows us what he can do shooting up the place and blowing it to smithereens in style whilst watched on spy cameras by his superiors back at HQ. It’s a decent start with an excellent joke at the expense of Mickey Rourke in Iron Man 2 and it sets up My Spy as having a degree of parody about this type of kid friendly genre. Relegated by his boss David (Ken Jeong for once toning down the hyper active irritation factor to zero), and JJ finds himself paired up with Bobbi (Kristen Schaal) a tech expert keen to see the sort of action that JJ gets himself into. Cooped up in a flat carrying out covert surveillance on a single mum and her 9 year old daughter Sophie, the CIA couple wait for the dodgy uncle who’s involved in the dodgy plutonium dealing to turn up. Unfortunately their skills at being deep, deep undercover are quickly rumbled by Sophie (Chloe Coleman) and she holds them to account with a phone camera that she threatens to live stream their secret op. Placating her JJ befriends  the girl who’s struggling to make friends at her new school. She quickly latches onto JJ as a surrogate father and soon tries to be matchmaker for him and her mum unaware that JJ is spying on them from the flat next door. 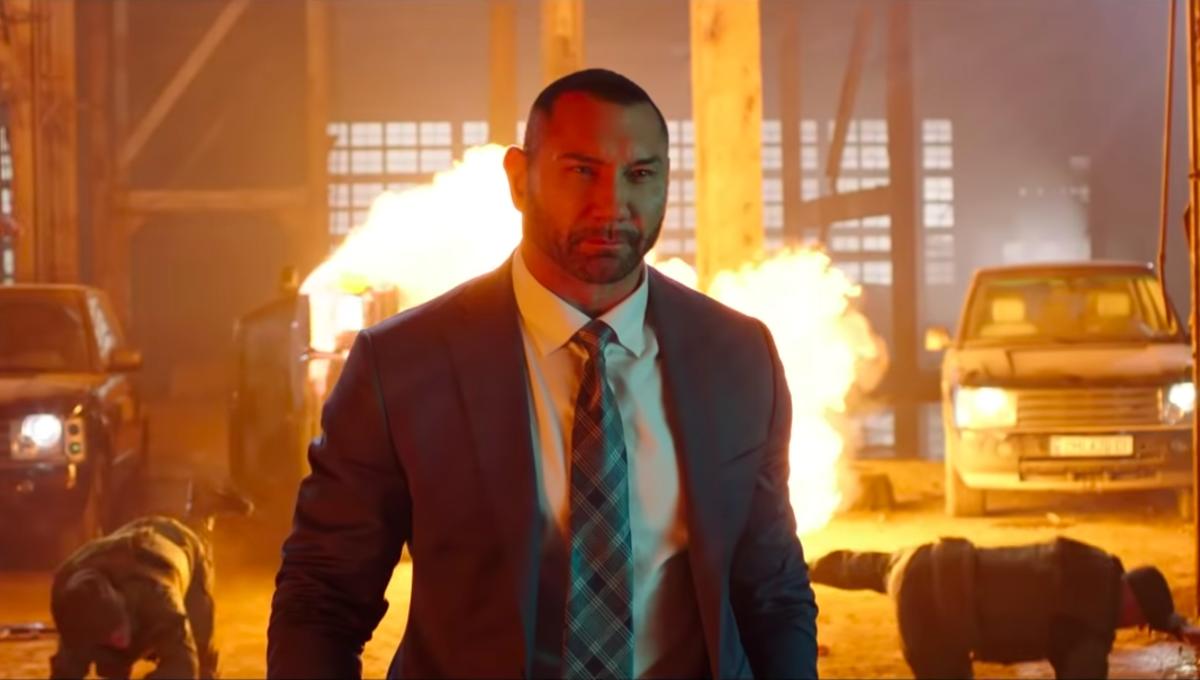 So My Spy, as befitting the genre has all the standard tropes – the cute kid, the budding romance, the hunk uncomfortable in a non macho environment and all set against a background of family friendly action. Bautista has already proved how good he is at comedy in Guardians of the Galaxy Vol 1 & 2, at action – Spectre and even dramatic roles – Blade Runner 2049 and My Spy seems to be a bit of a genre ticking exercise for him. Perhaps the appeal of My Spy is that there are some neat moments of parody notably sending up that slo-mo walk towards camera as all manner of mayhem explodes in the background and the film is savvy enough to admit that some scenes owe much to other films with clear reference made to Raiders of the Lost Ark in one particular set piece. On the downside there is Bautista dancing that is a bit cringe and unlikely to see him appearing any time soon on Strictly Come Dancing. As the sidekick Schaal is great as always and Devere Rogers as a gay neighbour is a highlight but though My Spy is amiable enough we want to see Big Dave in big action  dramas.

Win a huge bundle of My Spy merchandise HERE

Here’s the My Spy trailer…….