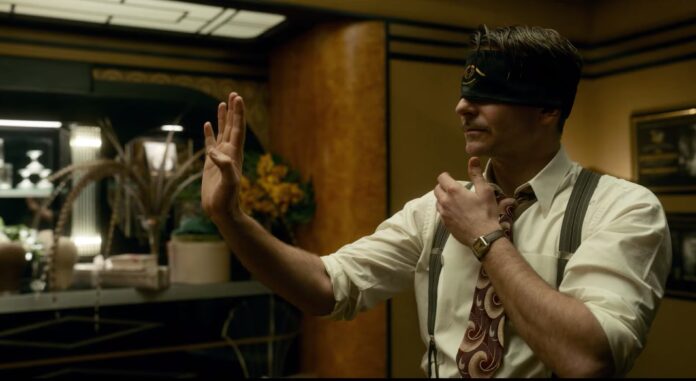 After the Oscar winning success of The Shape of Water Guillermo Del Toro turned to film noir based on Nightmare Alley novelist William Lindsay Gresham’s fatalistic novel published in 1946 about a charismatic huckster consumed by uncontrolled ambition.  Naturally drawn to the macabre and profoundly human world of carnival sideshows, Del Toro saw Gresham’s novel as autobiographical and wanted to explore the murky lines between illusion and reality, desperation and control, success, and tragedy.  He saw it as a cautionary tale about the dark side of American capitalism.