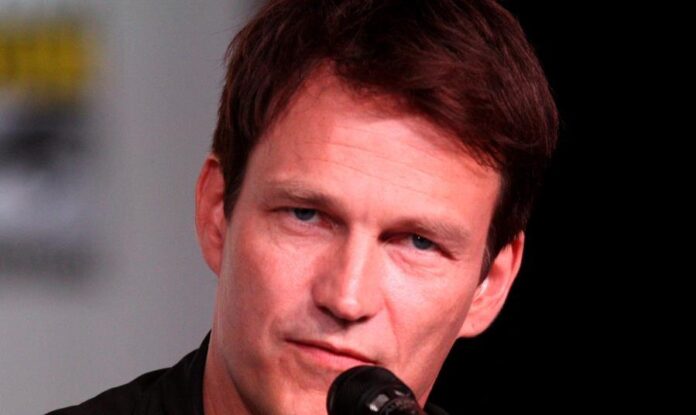 There’s a load of films about notorious East End criminals The Krays most recently with Tom Hardy playing both roles. But though it is known that they were both arrested and banged up in prison for the rest of their days there’s rarely been a film about just how they were finally caught. It was all down to a determined Scotland Yard Detective Leonard Read aka the legendary Nipper of the Yard and his determination in going after them. Code of Silence shows just how Nipper got them

Stephen Moyer spoke to us at great length about the film Code of Silence and told us about how they shot scenes with one actor playing both Kray twins, visiting the infamous Blind Beggar pub, what really happened during the interview of the gang and much more.

Read our review of Code of Silence HERE

Here’s Stephen Moyer taking to us about the behind the scenes of Code of Silence…….

The Secrets of Dumbledore – REVIEW