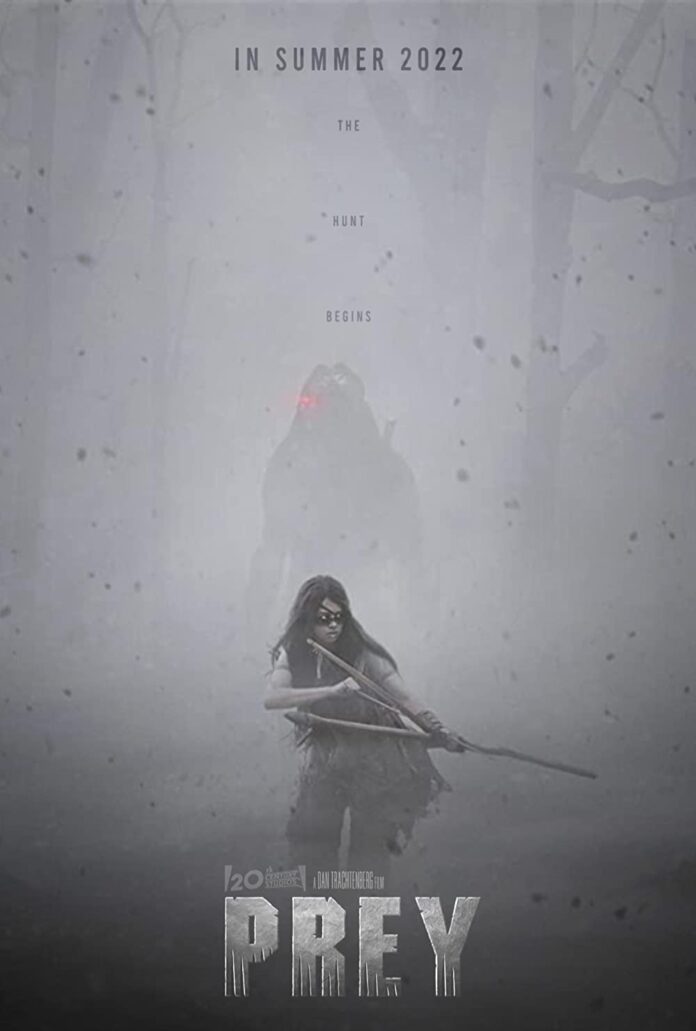 Predator 5 as it actually is will be called Prey as we reported HERE. and now we have to first glimpse with the arrival of the Prey trailer. This latest entry in the franchise is set in the Comanche Nation three centuries ago and the story follows young woman Naru, a fierce and highly skilled warrior. She has been raised in the shadow of some of the most legendary hunters who roam the Great Plains. When danger threatens her camp, she sets out to protect her people. The prey she stalks, and ultimately confronts, turns out to be a highly evolved alien predator with a technically advanced arsenal, resulting in a vicious and terrifying showdown between the two adversaries.

Though Arnie has long gone this new film has a cast of  almost entirely of Native and First Nation’s talent including Amber Midthunder, Dakota Beavers, Stormee Kipp, Michelle Thrush and Julian Black Antelope. Patrick Aison, who has a pedigree in TV series, has  penned the script while John Davis and Jhane Myers produce. Dan Trachtenberg, whose last feature film was 2016’s 10 Cloverfield Lane, directs

“Prey” will release on Hulu on August 5th.