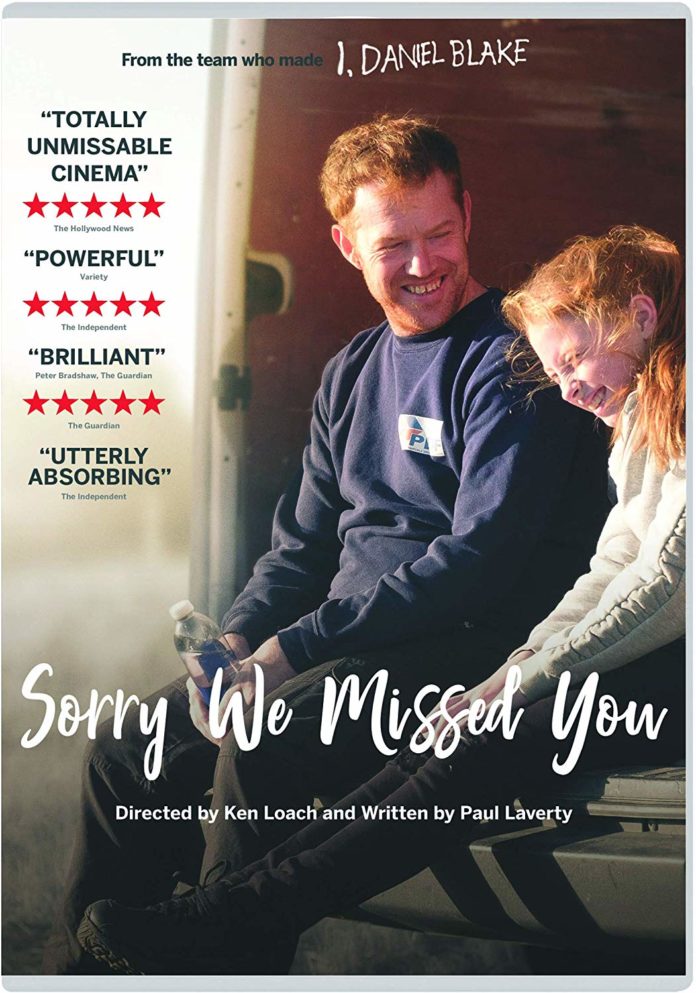 At 84 years old director Ken Loach is as passionately socialist as he’s ever been. Having never succumbed to the lure of Hollywood his films just couldn’t be made outside of the UK and his films l have won numerous international awards most recently the Palme D’or at Cannes 2016 for ‘I, Daniel Blake’ his searing indictment of the overhaul of the UK’s benefits system under a conservative government. With that success he and his writer Paul Laverty set their eyes on the erosion in work conditions notably zero hour contracts in the Sorry We Missed You dvd.

Out now on both DVD & digital download the Sorry We Missed You dvd focuses on the Turner  family headed  up by dad Ricky who having lost his job in the downturn in the construction industry bought about by the economic downturn, which in fairness started under the Labour government, he finds himself desperate for work to support his wife and two teenage children. To that end he turns to becoming a delivery driver for a parcel company. ’You don’t work for us, you work with us’ purrs his shaven headed foreman reminding Ricky that he needs his own van and that there’s a litany of penalties for not hitting targets, delivery time slots, broken digital handsets  and lost parcels. You just know from here that the company are setting him up for a fall and is all summed up in one acidic speech made by his self proclaimed, ‘nasty bastard’ foreman. The long days Ricky has to work are shared by his wife , a social care nurse and her list of home visits to the elderly and vulnerable which all impacts on their children, a 16 year old who absents himself  from school to scrawl graffiti with his crew everywhere and then there’s his 11 year old sister a good kid just watching the family she loves start to implode and disintegrate under the stress in one particularly upsetting scene.  Caught in a vicious circle it has the bleakest of endings seemingly without hope. 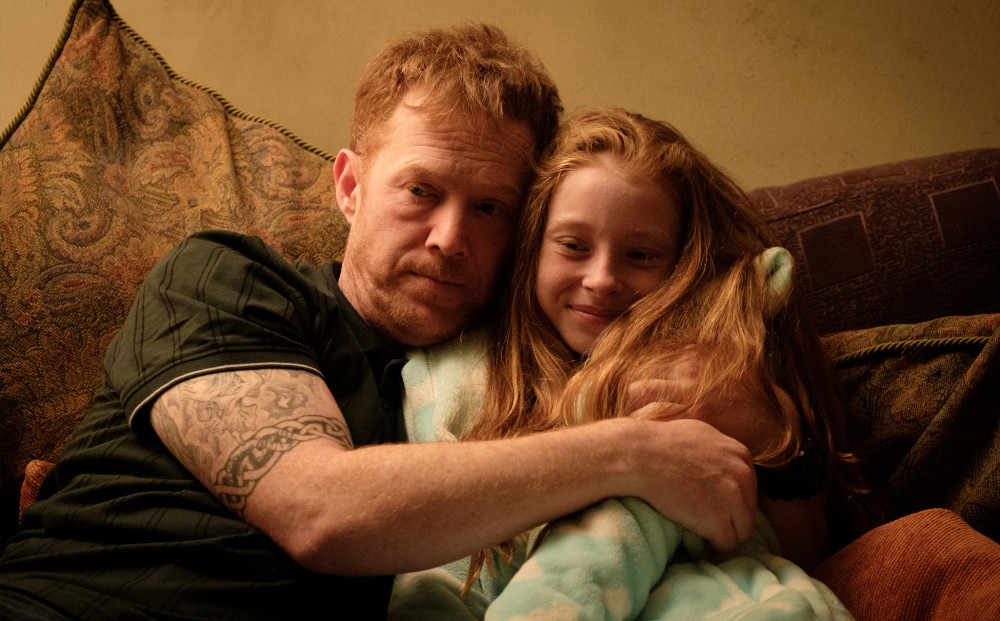 Loach’s films are not perfect being slightly idealized but they are sympathetic to the plight of those he in such situations. Played by actor Kris Hitchen his character Ricky Turner is a conflict of emotions – a loving father protective of his daughter and wanting to do right by his wife but enraged by his stroppy, truculent son throwing away his education adopting a ‘no future’ attitude. Loach as always has cast well with all but Hitchen not being professionally trained actors and particularly good is Ross Brewster as the brutal slave master of a depot foreman who before Loach cast him had been  a police officer for over 20 years. 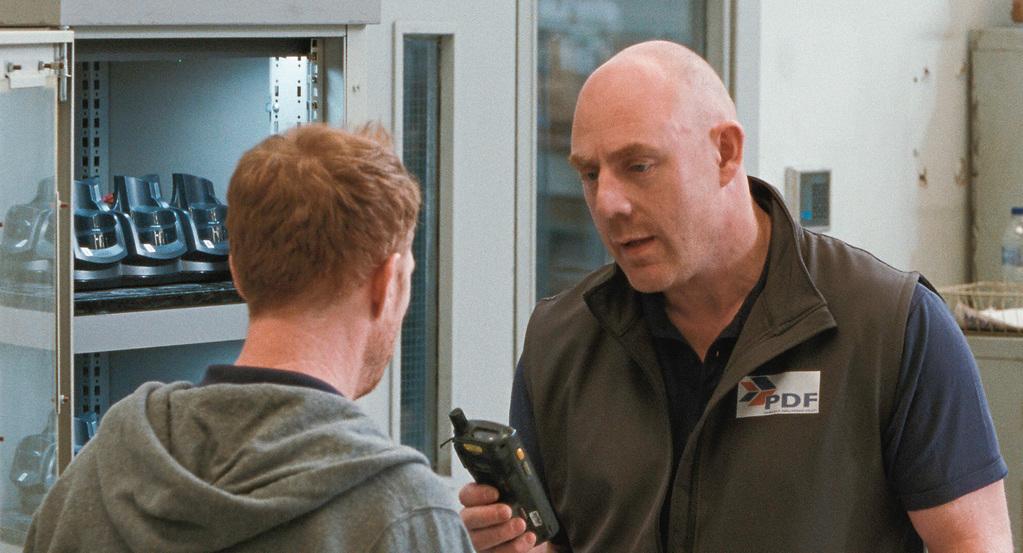 Here’s the Sorry We Missed You DVD trailer……..

Sorry We Missed You and is available on digital download 5th March 2020 and on DVD on 9th March 2020 from Universal Pictures Home Entertainment.