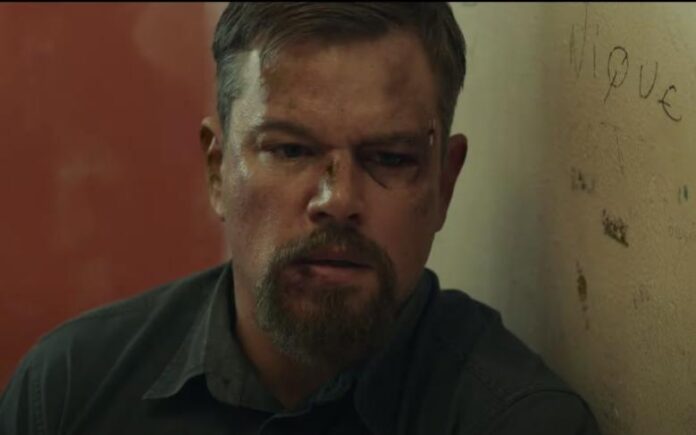 ‘Stillwater runs deep’ goes the saying which may explain why people continually try to push Gemma Collins into a pond. In director Tom McCarthy’s new film Stillwater is the home town of roughneck blue collar worker Matt Damon but it also reflects his quietly sombre temperament.  All baseball cap, goatee, plaid shirts he flits between manual labour jobs yet he battles with having been an absent father to his daughter Allison (Abigail Breslin) who he finds has been imprisoned in a French prison for the murder of her girlfriend at a party. She’s insistent about her innocence grabbing at straws and that it was a young Muslim male at the party who committed the murder.

For Bill its a chance at redemption to find the male and rescue his daughter in a Liam Neeson a la Taken kind of way but without the fists of fury. But he is a fish out of water in a country where he can’t speak the language in a country where racial tensions and socioeconomic cause further divisions and in that way its little different from Bill’s own country.  Stillwater has some nicely timed digs at the clash of cultures with some very funny lines about the importance the French put on good food whereas for Americans its guns. 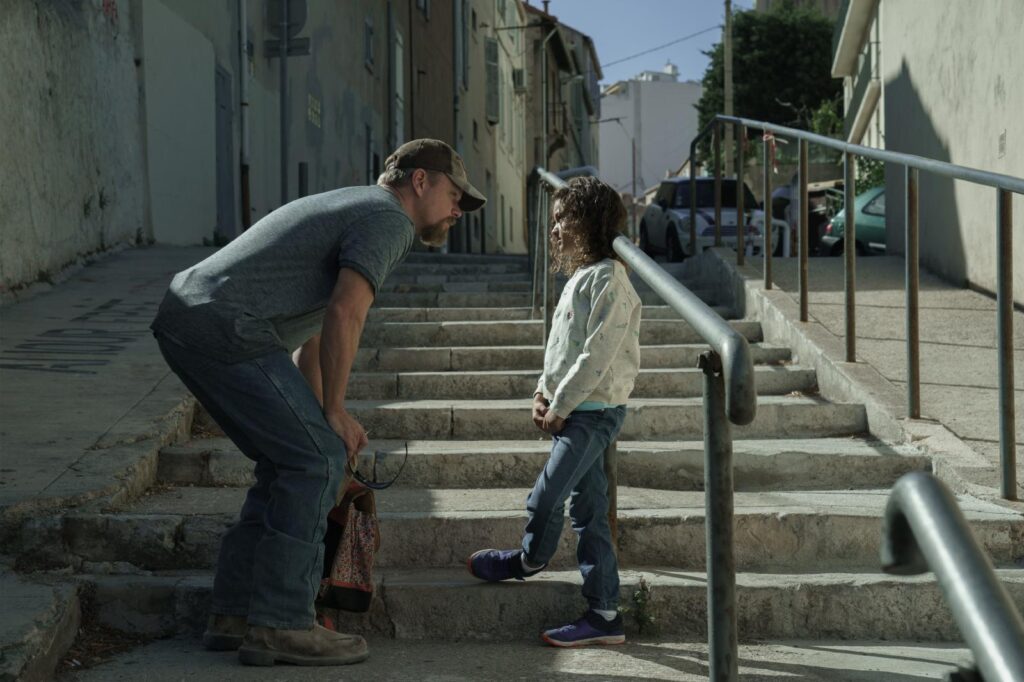 But what is initially something of a procedural along the lines of McCarthy’s Best Film Oscar winning Spotlight there’s much more to the film with Bill striking up a friendship with an actress Virginie (Camille Cottin) and her young daughter Maya who helps him with the language barrier. Lilou Siauvaud as Maya  is wonderful and this makeshift family gives Bill a second chance to become the father he always should have been.

It’s this developing relationship that makes up the second act of the film and the three roles are nicely played. This is another role that shows Matt Damon perhaps doesn’t get the credit he is due as a dramatic actor with him as quietly sincere and well intentioned wanting to make up for his estrangement from his daughter and the film gives him a character arc which culminates in the third act with a somewhat implausible plot twist with Bill revealing a wildly self destructive streak.

Taking its inspiration from the case of Amanda Knox, an American student convicted in 2007 of killing her roommate whilst studying in Italy but Stillwater relocates to Marseilles and Bill unwaveringly believes his daughter’s story and in fairness what father wouldn’t but her innocence is not really the thrust of the story and Stillwater works best with the examination of father-daughter relationships.