After five Die Hard films there was talk of a Die Hard prequel which would have had modern day Bruce Willis scenes with flashbacks to his John McClane cop in the 1970’s in the early days of his career and an event rumoured to be on New Years Eve 1979 and was to be titled, ‘McClane’. the last we heard of the film was back in 2018 but producer Lorenzo di Bonaventura has dropped the following bombshell…..

“Yeah, no, It’s not happening. But what was really interesting was we actually came up with an idea to do it. It was a project that wasn’t Die Hard that then, eventually, shifted over to Die Hard. What was interesting about our idea was it allowed you the ability to meet the young John McClane and use Bruce. So it was really interesting in that way. So you sort of got to see both versions of him.” 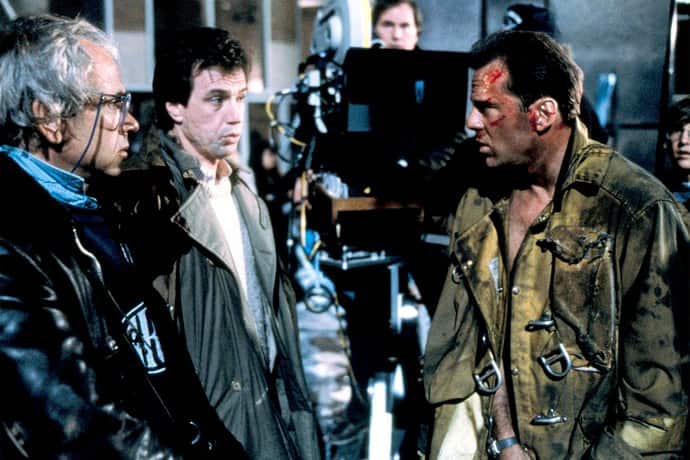 “Live Free or Die Hard” aka Die Hard 4 director Len Wiseman was to helm this film but that’s doubtful now in light of di Bonaventura announcement. Willis had been pretty upbeat the about it a few years ago calling it, ‘the first real sequel to Die Hard, which was the only really good one’….and anyone having endured 2013’s “A Good Day to Die Hard” might well agree. The Die Hard prequel had been written by Chad & Carey Hayes who have an extensive number of horror credits including the recent ‘The Conjuring 3 : The Devil Made Me Do It‘.

It must be a disappointment to Willis too as apart from 2019’s ‘Glass’ nearly all of his films have been of the straight to DVD genre – take a look at our review of ‘Hard Kill‘ to see why and though A Good Day to Die Hard was the weakest of the five films it still earned $304m worldwide.