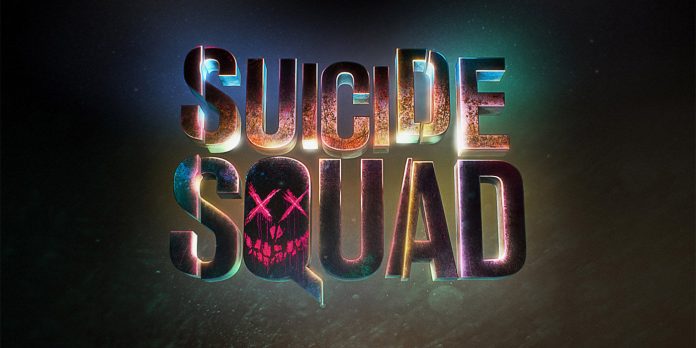 With such a great array of villains we decided to launch what turned out to be a disastrous campaign to rename this Summers most anticipated move ‘Suicide Squad’ as ‘The Groovy Gang’ with our petition achieving only 3 signatures and so we would like to thank Mr & Mrs Groovy and their son Gary Groovy for their efforts (‘You’re fired’ – Ed). So instead we finally have the long awaited band of baddies  movie Suicide Squad amid much secrecy as to how it ties in with the DC universe as well as who the cameos are.  The plot is hardly a secret with a government agency headed up by a Viola Davis as a tough talking Head of Department who recruits a bunch of super villains to execute suicide missions in exchange for clemency for each of their prison sentences.

Written and directed by David Ayer who back catalogue includes the gung ho Schwarzenegger shooter, ‘Sabotage’ it gives you an idea of the tone of this. Because almost from the start this is an actioner with many of its set pieces set to a stunningly eclectic soundtrack of classic rock including Black Sabbath , AC/DC and even Eminem. The trailers have drawn heavily on the appeal of the Joker and Harley Quinn and here its Jared Leto who attempts to counter Jack Nicholson & Heath Ledger’s oscar winning turn and if not the most successful version is certainly the most deranged and anyone hoping that he is to be front and centre will be disappointed because he is very much a supporting cast member and  if this is anyone’s movie it’s Margot Robbie as his unbalanced girlfriend Harley Quinn, a psychiatrist who he irredeemably corrupted when she fell in love with him. Strutting around in the briefest of shorts with a load of shots of her from behind as her shorts struggle and fail to cover her backside her appearance is further fetishsized by her frequently appearing in rain drenched scenes which may her look like a recent competitor in a wet T shirt competition. With her coquettish line delivery balanced only by her baseball bat battering of enemies it’s a performance that’s sure to appeal to fans. Despite this it’s really Will Smith who has the lead role as Deadshot and it’s his back story which features as prominently as Joker and Harley’s as we learn about his relationship with his much missed daughter. It’s a back story of long lost love which is thematically similar to other characters back stories including El Diablo’s and as the cast is so big not every character is afforded one.

The problem here though is that Ayers struggles to write a script that caters equally for all the characters and it’s a problem that Marvel have been extremely successful in addressing  with their assembled casts most recently seen to best effect in this year’s ‘Captain America: Civil War because here many of the characters are reduced to little more than filler which is a shame as Killer Croc looks great but has little to do and for once Jai Courtney gives a decent performance albeit in a somewhat stereotypical view of Australian males with his bluff beer swigging Captain Boomerang but perhaps we’ll see more of them in future films should this be the franchise launcher that Warners are dearly hoping for. Like Margot Robbie Cara Delavigne is decent enough though she too is reduced to parading around in next to nothing as Enchantress, a witch who at times looks like she’s been writhing around in the ashes of a garden barbeque smoking away like a burnt charcoal briquette.

For the fan boys there’s plenty of sly references to the DC universe with even a nod to ‘Watchmen’ (and there seems to be a heavy influence from 1984’s Ghostbusters too by the end) and yes Batman has a notable cameos and The Flash also appears in a blink and you’ll miss it scene.

It s a decent enough film with the usual tropes of a big summer movie but for a bunch of villains many seem to have been made likable and casting an A list star like Will Smith is never going to make them unlikeable. With so many characters to pack into a first film it might have been better to have given writing duties to a someone on a par with Joss Whedon but in terms of spectacle it doesn’t disappoint with it’s candy coloured chaos…….and yes there is a mid credit scene which is a set up for next years justice League.

Here’s the cast at the London premiere – Will Smith seems to be quite excited and Cara Delevigne makes an interesting entrance…….