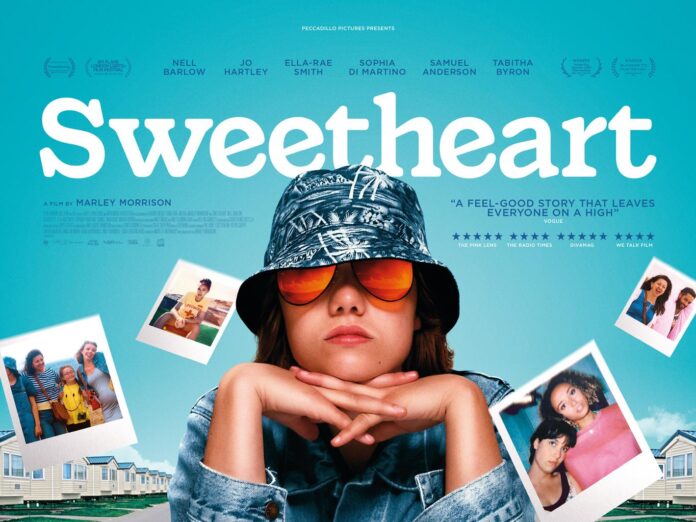 For teenagers the family activity holiday is usually an awkward nightmare and we had heard that as a teenager Amanda Holden would often go to the Highland Games watching the mighty kilted warriors tossing the caber which encouraged her to have a go at tossing a few herself (‘You’re fired!‘ – Ed).  In Sweetheart it’s 17 year old AJ (Nell Barlow) it’s a holiday with her now single mum dragging her down to a caravan park in Dorset along with her older sister and husband who are on the cusp of having their first baby. 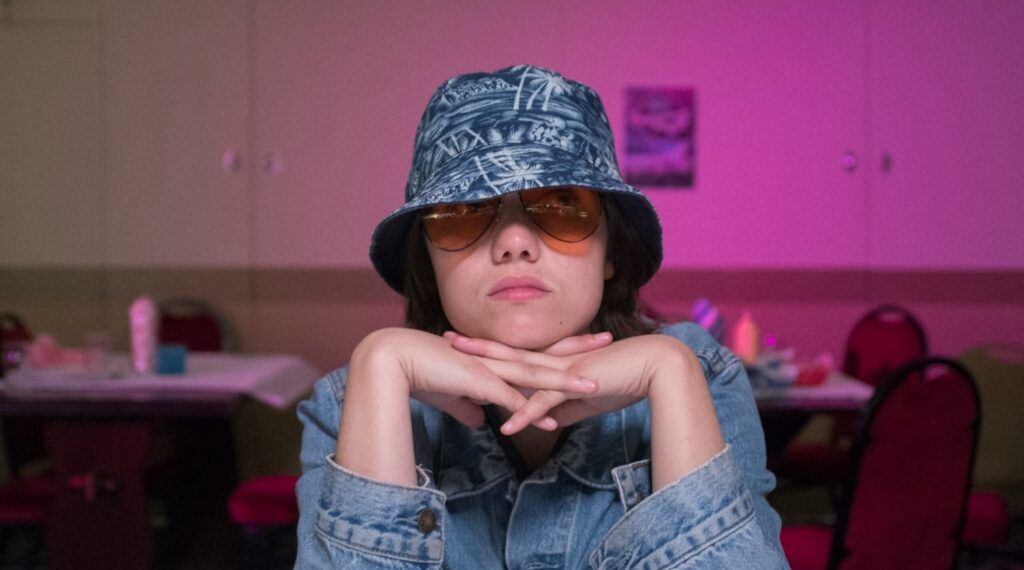 But AJ is that truculent adolescent all raging hormones , belligerent attitude and into the mix is her wrestling with her own sexuality finding herself attracted to her first female love, the caravan parks lifeguard Isla (Ella Rae Smith).  But AJ is no lipstick lesbian instead she sports a bucket hat plonked on a  mop top haircut, cheap garish sunglasses and baggy clothes looking like she’s just part of a failed  Stone Roses tribute act.  ‘Just because you’re a lesbian now doesn’t mean you have to dress as a boy’, her mum tells her. It’s the dialogue in Sweetheart that have a ring of authenticity about it and writer – director Marley Morrison is has ploughed her own teens years for many of the scenarios and quips.

It’s in the caravan park’s laundromat that AJ first gets to meet and speak to Isla with all the stumbling and stilted conversation that teens have as she tries and fails to act all casual around Isla. It is one of many sweetly observed moments as Isla invites her to a party where their friendship sparks in to tentative life and eventually develops into a relationship. 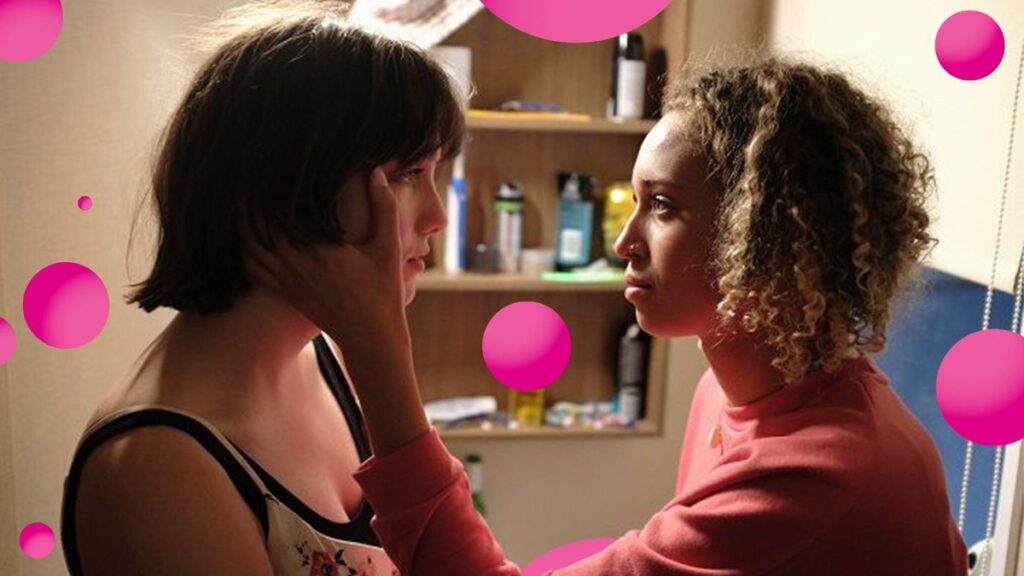 This is a terrific little film with well drawn characters acting out moments of teenage angst and cringing clangers but there’s some joyous scenes with the pair of the lying on a serene secluded beach AJ all too body conscious remains covered up whereas Isla is far more liberated. But bit by bit their feelings towards each other gradually coming to the fore set against a woozy ,hazy soundtrack which is one of the films may strengths.

Sweetheart does meander a little in the third act but there’s much to like and both female leads are excellent in an impressive directorial debut.

We spoke to Nell Barlow about the film making of the film…..