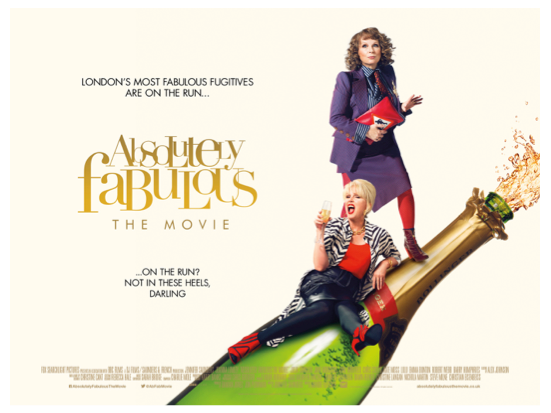 But we can now reveal the cameos that will be appearing throughout the film. From the acting, music and fashion worlds the film will including:

Foxes, ( ‘hope they’re not the same ones who go through my bins at night’ – Ed)

Poppy Delevingne, (‘famous for being the sister of someone famous presumably’ – Ed)

Further cameos can be seen in the new ABSOLUTELY FABULOUS: THE MOVIE trailer debuting this week. W’ll post it as soon as we get it…….