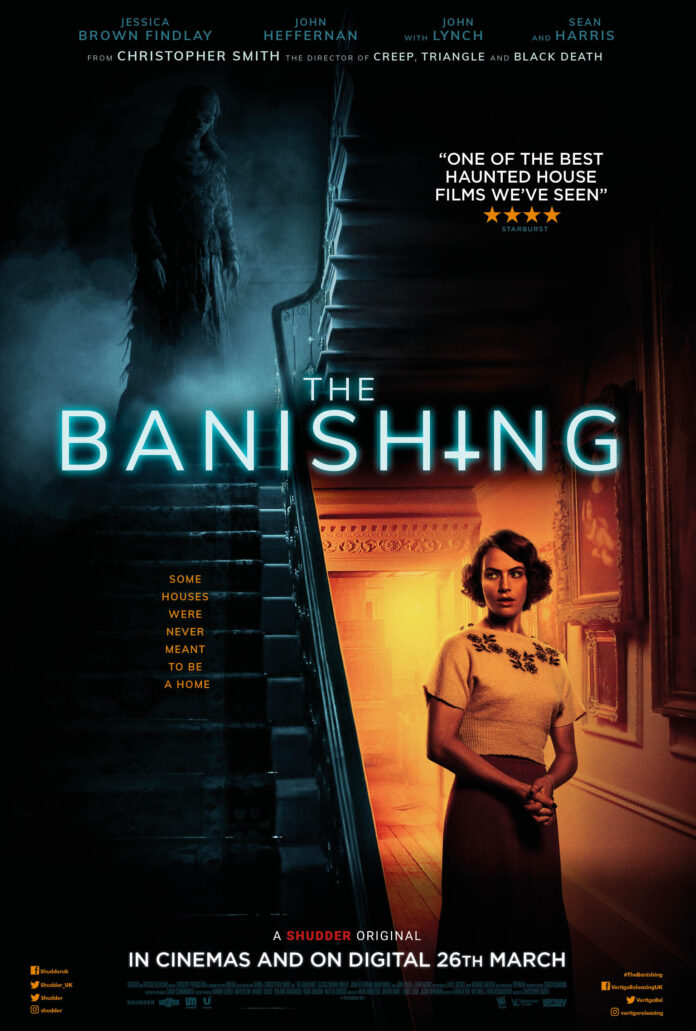 The haunted house is a staple of horror films and The Banishing is one that continues that tradition inspired by the true story of Borley Rectory regarded as the most haunted house in England unless of course you count our Editors wallet where a solitary one pound note has been in isolation having  been undisturbed since they went out of circulation in 1988 which coincided with the last time he bought a round (‘You’re fired’!). 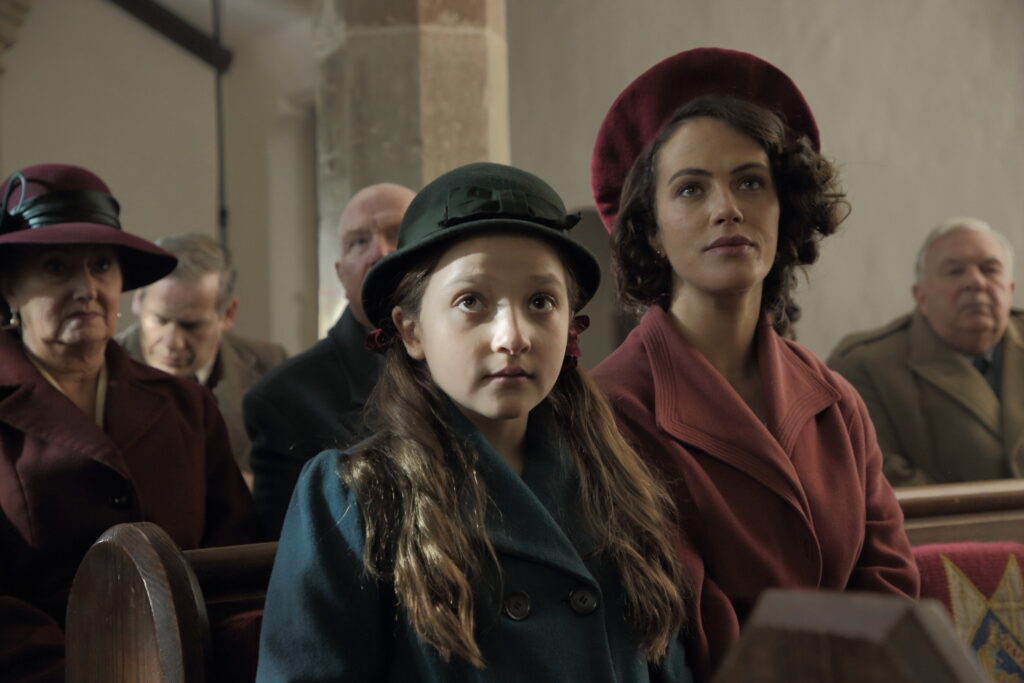 The Rectory partially burnt down in 1939 (and demolished five years later)  but The Banishing is set earlier with World War II as a background and the rise of fascism looming ever nearer . Here, a new vicar Linus (John Hefferman)  has moved after missionary work abroad  and  awaits the arrival of his new wife Marianne (Jessica Brown Findlay) and their adopted daughter Adelaide (Anya McKenna-Bruce) . The house is not the only bit that needs,  ‘a woman’s touch’  with Linus choosing a separate bedroom due to a misguided approach to scripture. It’s not long before Marianne starts to realise that the house is not all it appears to be and a fanatical local Harry Price (Sean Harris) with a shock of red hair that means switching on an electric light would likely give him skin cancer and a voice that sounds like the corner shop ran out of throat lozenges. 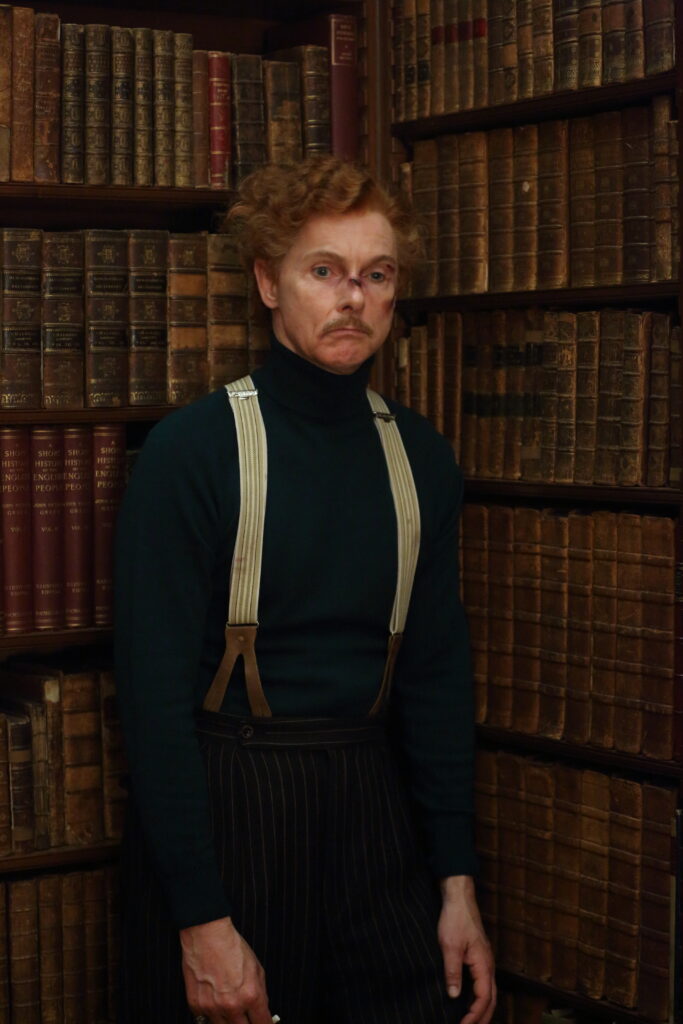 It’s with a manic zeal that he decries the vicar and what went on in the rectory and as the film unfolds we start to get a hint of what went on with three hooded figures popping up and there being numerous moments as the main characters stumbling across horrific foretelling of incidents involving themselves.  It’s little wonder that the characters are driven closer to the brink of hysteria and there’s more to the far from reassuring visits of Bishop Malachi (John Lynch). 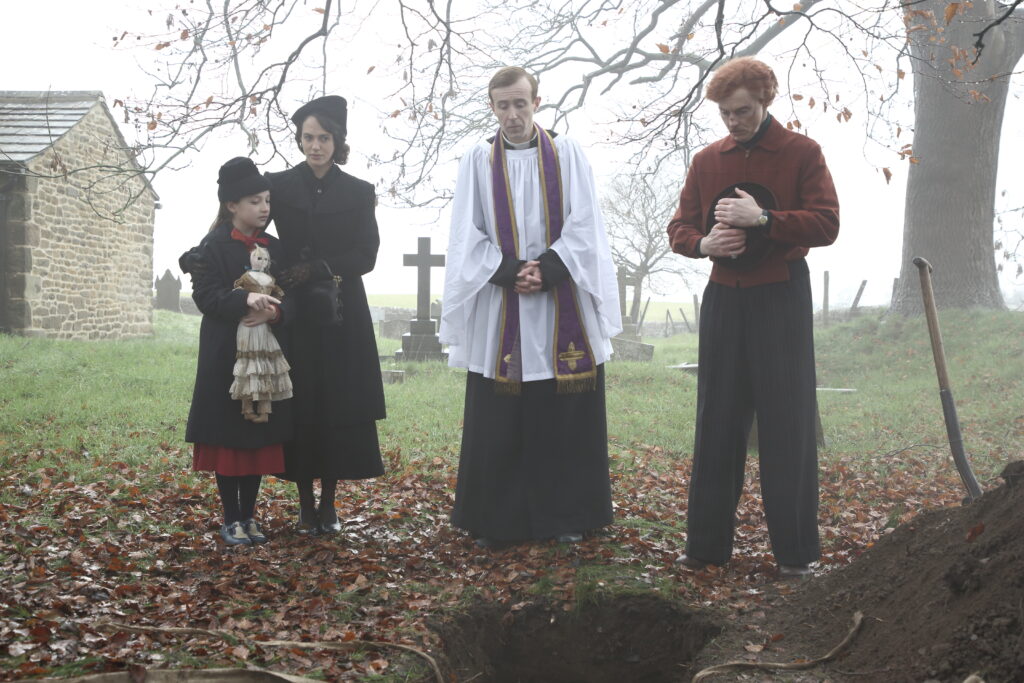 That said there’s good performances led by Jessica Brown Findlay as the wife, progressive in attitude , frustrated by her marriage and struggling with the refusal of Adelaide to accept her as her mother. Directed By Christopher Smith, a British director with a back catalogue of decent horror films such as ‘Creep’ & ‘Severance’ (it’s worth taking a look at his 2016 film ‘Detour’ too) and here works from an ambitious script by three screenwriters that alludes to history repeating itself with the rise of fascism, misogyny and the alt-right. As a horror film The Banishing  employs the usual tropes of mirrors and running along dark passages between the wall of the house and it does drag a little with not enough of the background to the rectory unfolding soon enough.

THE BANISHING IS RELEASED ON DIGITAL PLATFORMS ON 26TH MARCH 2021