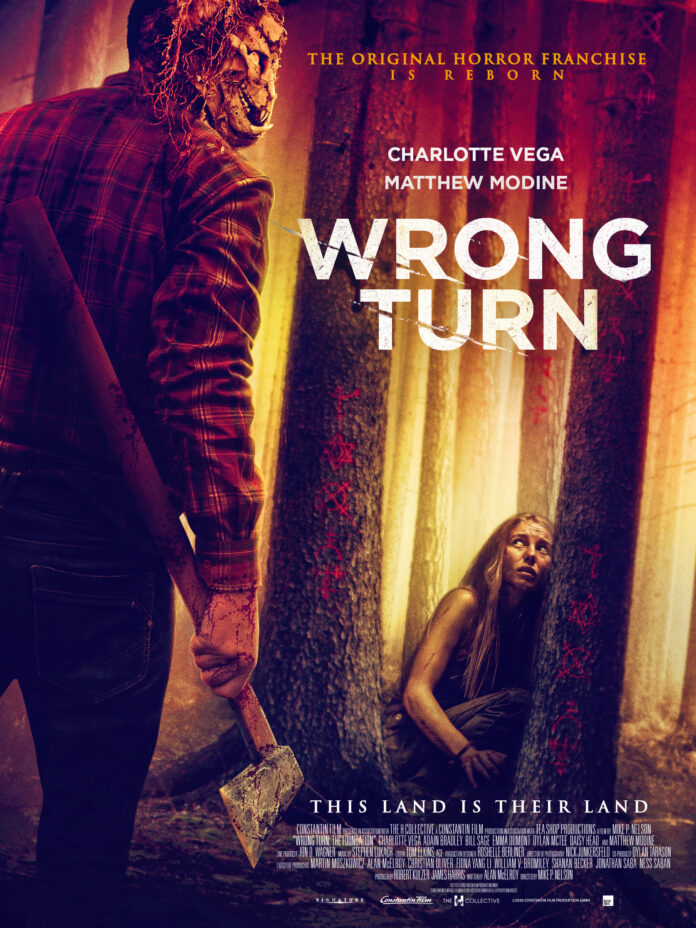 2003’s horror feature Wrong Turn went on to launch five further films in a franchise that had a cast of low browed, knuckle scraping, inbred freaks who proved so popular that they went on to become the cast of TOWIE. But after six films this latest Wrong Turn is something of a reboot with little connecting it to the previous films.  It’s Matthew Modine, looking like an emaciated Harrison Ford / David Cronenberg hybrid, who visits a small town at the foot of the Appalachian Hills looking for his missing daughter Jen (Charlotte Vega), her boyfriend and four chums who he had tracked to the town.  With a view to being a bit progressive the group is a representative cross section of society taking in multi cultural couples to an Asian gay pairing and all with liberal sensibilities. Here, in the back woods they are as ill prepared and as out of place as Gemma Collins clutching a bottle of kethup as she embarks on Heston Blumenthal’s tasting menu. 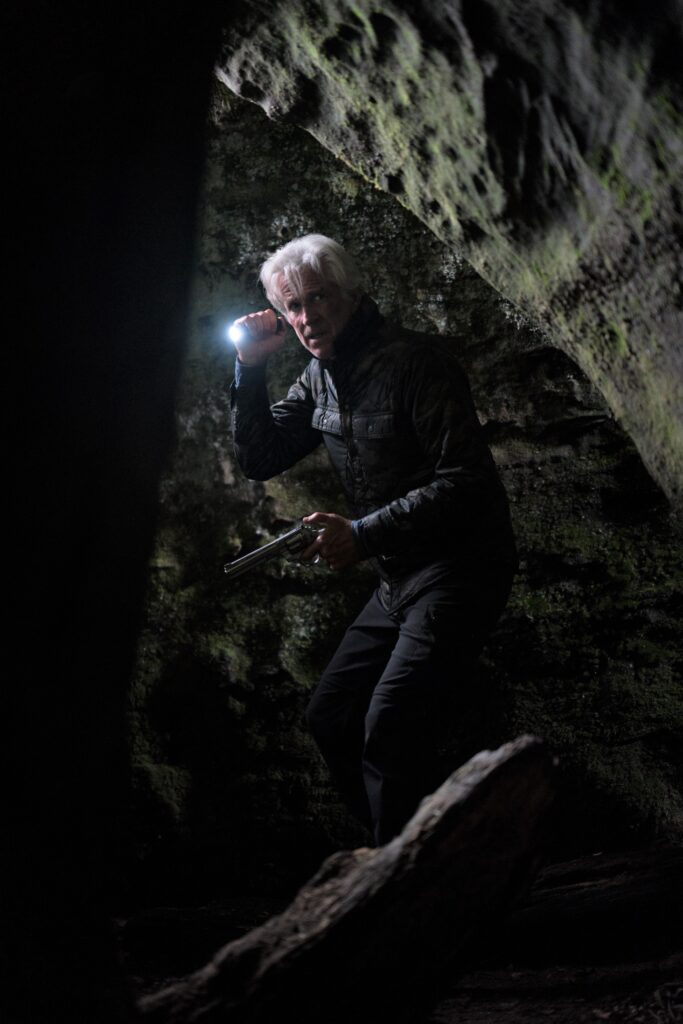 Having been warned not to go off the beaten track when they trek through the Hills only for them to obviously then go off the beaten track each of them are clearly set up for a grisly demise. It’s not long before they are individually despatched by the mysterious yet murderous mountain men who dress as though it’s Appalachian Fashion week strutting their stuff whilst wearing the compost corner from Gardener’s World’s.  Fiercely protective of their mountain it’s little wonder that the line, ‘You’re not from round these parts!’ doesn’t figure in the dialogue. But Wrong Turn is written by Alan B McElroy whose baby this franchise is having written the first five films but this latest Wrong Turn  makes a right turn by not wholly following the predators vs prey template that the previous films so rigidly adhered too. It’s not without its gruesome moments with the yukky yokels setting up a number of traps for the group (there’s a nicely shot sequence with an out of control log rolling down a hill) but what would normally would be the end of the film is only the beginning of the third act. 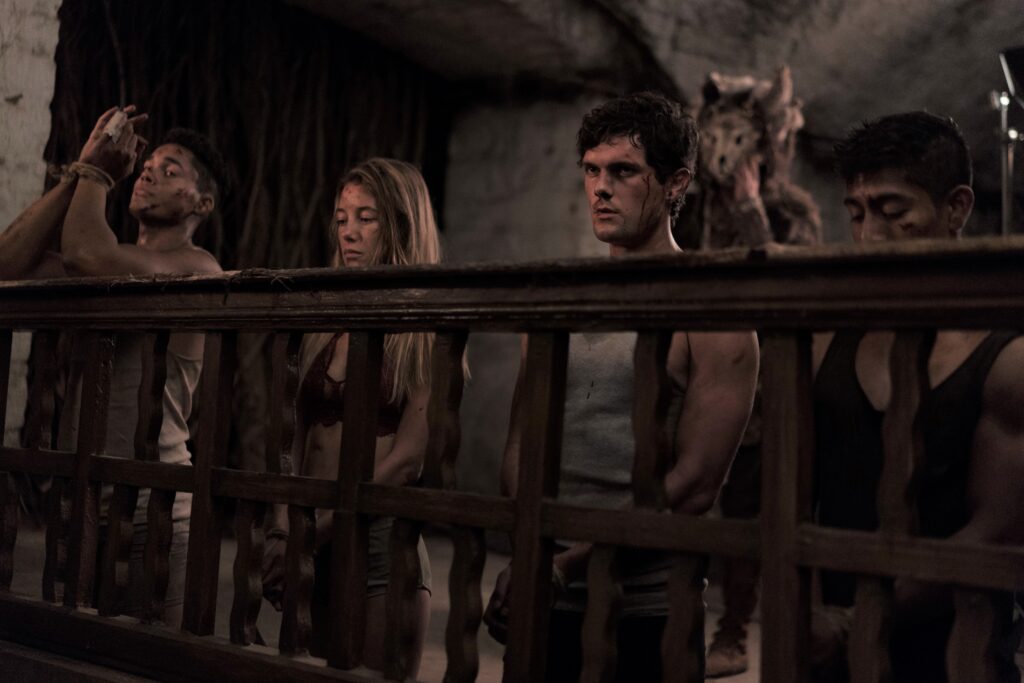 It’s when what’s left of the group are captured and bought before a grim kangaroo court to answer for the death of one of the mountain men that they bludgeoned to death by Adam the head strong half wit of the group that the film takes a left field turn because what lies beneath the surface of Wrong Turn lies a culture clash but also similarities in striving for a better world. 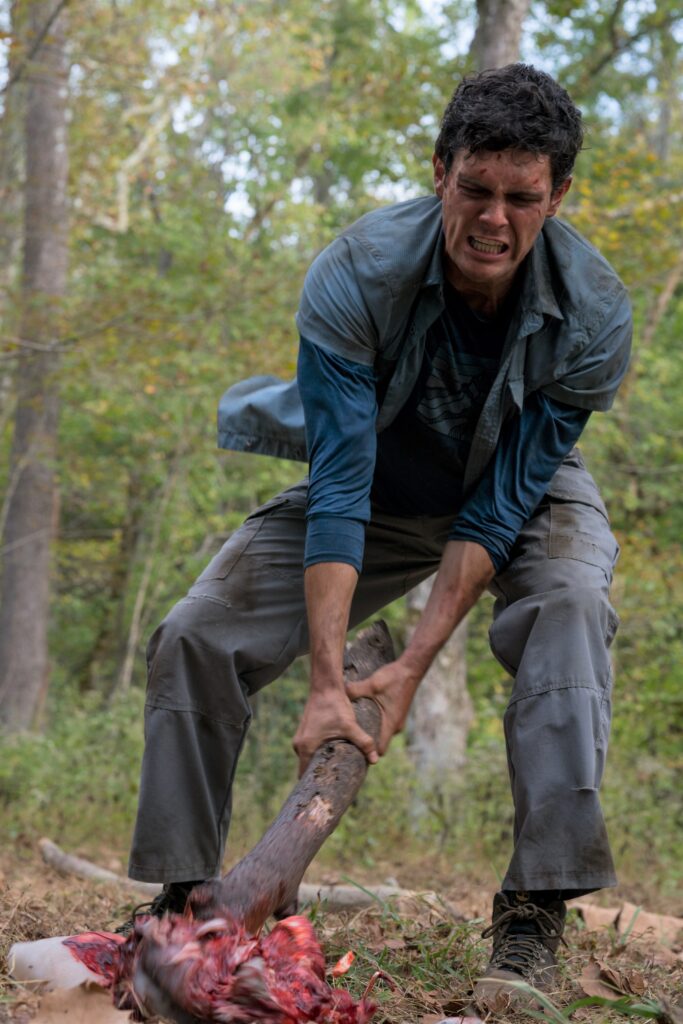 McElroy’s script does have a number of decent moments to keep you gripped with an ending that’s worth hanging in for. Having established the mountain men as more than the manic murderous cannibals seen in the previous Wrong Turn instalments this new film establishes a new avenue for the film to explore should this franchise continue and there’s enough gruesome moments to please horror fans whilst the rest of us wince at some skull squashing moments that pepper the story.