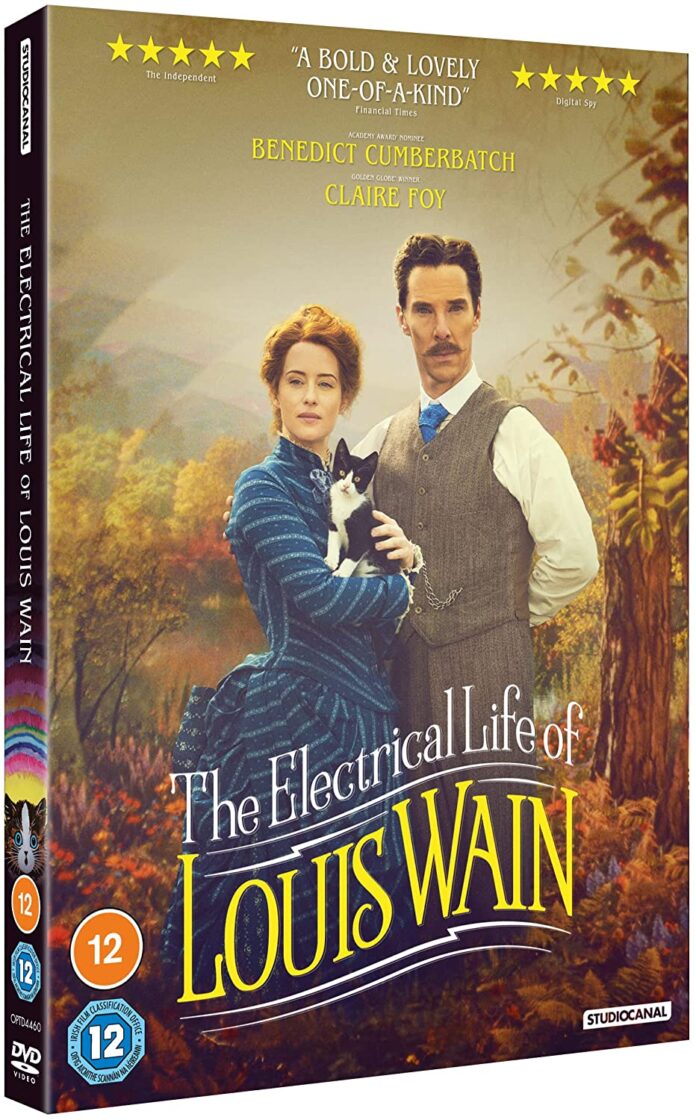 So though there’s been films about high profile artists like Picasso ( Surviving Picasso) Van Gogh (Lust for Life) and Michaelangelo ( The Agony & the Ecstasy) over the years we’ve also had films about artists who may not be household names but you’ll know their paintings and Louis Wain falls firmly into that category.  Cats were his thing, specifically cats that he anthropomorphized and at the turn of the Victorian/ Edwardian era when Wain began working cats were seen as vermin – and frankly our moth eaten ratbag of an office cat seems to be doing its best to reintroduce that idea – but Wain loved them and his paintings with cats dressed up and engaged in all manner of human activity became hugely popular and saw them adopted as household feline friends. Written by Simon Stephenson and directed by Will Sharpe the film also explored his fascination with electricity, invention and his ultimate disintegrating mental health (Read our review of the film HERE).

It’s the latest real life role as played by Benedict Cumberbatch who has increasingly of late being playing real life people in The Mauritanian, The Courier and The Current War alternating with lighter fare with his Marvel appearances as Doctor Strange and the Marvel films. As the artist Cumberbatch he is engaging, yet slightly otherworldly whilst sympathetic too having had to be the bread winner for his mother and five sisters when his father died. But death haunted his existence when his wife died young from cancer after three years of marriage and his mental health began its gradual and inexorable decline seeing him taken into care in later life and penniless. Ultimately the film takes a broad overview of mental health with a love story at its centre

Director Sharpe introduces several neat visual flourishes and has gathered a very good supporting cast that includes Claire Foy, Andrea Riseborough (who deserves a break out role) , Toby Jones and Hayley Squires (see her talk about her lead role in, ‘I, Daniel Blake’ HERE) and a quirky voice over from Olivia Colman. There’s a lot to be enjoyed here though cat lovers might find that there’s not nearly as many cats in the film as they might like

The blu-ray disc has a good transfer with the colour scheme at play in the production design and costumes featured subtly throughout. As a disc though this it light on bonus features a ‘making of…’ is really an EPK with the actors praising each other but there’s one moment where the cat co-ordinator is briefly spoken to and could have done with a strand alone featurette to herself. The only other bonus feature on the disc is a featurette ‘The Man behind the Cats’ which takes a brief spin through Louis Wain’s life and a look at some of his paintings and drawings.