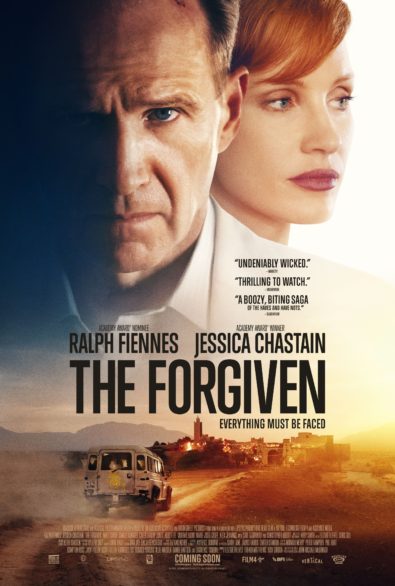 So over the years there’s been a whole load of films called Forgiven and in fact it was only in 2017 we had a film called The Forgiven which starred Forest Whittaker and Eric Bana which dealt with a murder whereas the 2022 film of the same title deals with an accidental death as seen in The Forgiven trailer….

Speeding through the Moroccan desert to attend an old friend’s lavish weekend party, wealthy Londoners David and Jo Henninger (Ralph Fiennes and Jessica Chastain) are involved in a tragic accident with a local teenage boy. Arriving late at the grand villa with the debauched party raging, the couple attempts to cover up the incident with the collusion of the local police. But when the boy’s father arrives seeking justice, the stage is set for a tension-filled culture clash in which David and Jo must come to terms with their fateful act and its shattering consequences.