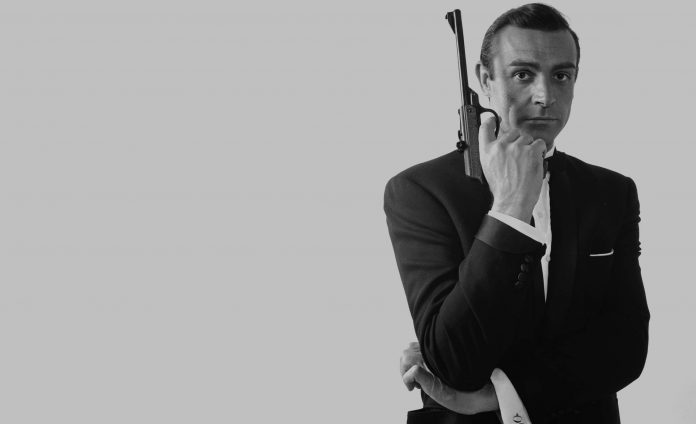 So with Danny Boyle now out of the mix to direct Bond 25 we thought we’d run an occasional series on the best Bond films of each actor starting with Sean Connery, the ex body builder and milkman, who started off the iconic series and is now knighted having permanently retired from making movies.

So starting with his least to the best…….

This was Connery’s fifth Bond film and was now well ensconced in the role, However  Connery’s relationship with the producers had deteriorated and his PR tour to promote the film found him clearly bored with being known as Bond frequently telling journos that he was Sean Connery and NOT James Bond. The series had started to move into the realms of daftness with a plot centred on a series of space jacking’s in a script written by Roald Dahl of all people. Apart from the setting in Japan the story was racially different from the one Ian Fleming had written and was the last to be published whilst the author was still alive.   Perhaps the most impressive part of the film was what was to become a staple of future films, the climatic set piece on a hugely impressive set which in this case was the inside of a volcano designed by the late and truly great Ken Adam who worked with Kubrick. Built at Bonds spiritual home Pinewood the volcano set had a working monorail, and a full scale rocket. It was a truly massive set costing an estimated $1m of a film that cost an estimated $9m budget (massive for the time).  Yet it was generally not the best regard of Connery’s Bond and it was temporarily to be his last film before George Lazenby took over the role.

The first of Connery’s Bond films and the least favourite of author Ian Fleming. The book had been chosen as the first film as it had the most straight forward of plots for a film that cost only $1m to make with only one major location – Jamaica – which had one of the franchise’s iconic moments namely Ursula Andress emerging from the ocean – a shot that would be revisited in Die Another Day by Halle Berry and conversely by Daniel Craig in his Bond debut Casino Royale. Written by Richard Maibaum who wrote 12 more films in the franchise but it set the template of action, easily Bond bedded women and impossibly wealthy villains with the comic quips still to follow. It was a decent if shaky debut with a laughably bad car chase with wobbly back projection and a villain who actually had little screen time.  Filmed in ten weeks at the start of 1962 it was released in October of the same year and was an immediate hit. Almost 60 years later it is very dated but it was a promising debut that would only get better. 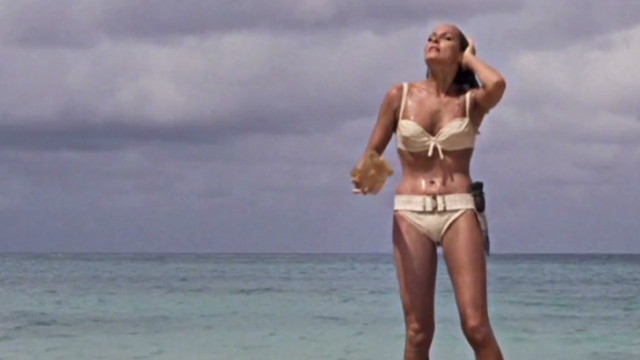 Released in 1971 Connery had left the role behind him with George Lazenby only for the producers to persuade him back one last time. In the four year interim period Connery had left to make several other films all instantly forgettable apart from The Anderson Tapes a good little thriller made by Sidney Lumet. None of them had set the world on fire like the Bond films had and he was persuaded to return albeit with a huge fee rumoured to be over $1m, unheard of for the early seventies.  Now, we know that many will be up in arms about this film being above Dr No but we like it for several reasons. Connery’s clearly enjoying himself in the role, the comic quips and asides are in, the Vegas setting is fun and the gay villains, Mr Kidd & Mr Wint, was a daring addition for such a resolutely macho franchise. Perhaps the most memorable ting about the film is the glaring continuity error during one of the car stunts where Bond flips the car on to it right hand side to escape down a narrow gap between buildings only for the car to emerge on the other side on its left hand wheels.

This was the fourth of Connery’s Bond films and had Bond in the Bahamas climaxing in an underwater scuba fight where the villains were considerately dressed in nlack (boo! hiss!) and our hero and his team of good guys parachuted into what looked like 5 foot of water but were dressed in orange. Again the plot centred on another evil SPECTRE plot to steal nuclear warheads and the villain this time was Largo played by the great Adolfo Celi an unknown actor to Western audiences and apparently with such an unintelligible Sicillian accent that his voice had to be dubbed. But it made no difference, his eye patch and screen presence made him a great villain. Bond’s US colleague Felix Leiter (who has been played by several  different actors of different ethnicities throughout the franchise) was played by the hilariously named Rik Van Nutter. The film was part of an escalating use of gadgets and gizmos and here it was the jet pack. Thunderball saw a number of firsts- it saw the use of the now iconic gun barrel sequence which every new actor playing the role would have to shoot, it was the first and only time when all previous 00 agents were seen at the same time with Bond (albeit from behind), it was the first to be shot in Panavision and was the only Bond film to win an Oscar for its special effects but it was also the last to be directed by Terence Young. Of all the Bond films that Connery made this was the most popular with paying audiences.

Connery’s second film as Bond and second best on our list Thunderball had great villain sidekicks in the shape of a fearsome Robert Shaw as Grant (a role that stuck in the mind of a young Steven Spielberg when it came to casting Quint in Jaws) and even better Lotte Lenya as Rosa Klebb and her lethal shoes based on an actual weapons used by the KGB. Directed by the late Terence Young this was his second Bond film and displayed a confident control of the material. The second  film the budget had doubled from the first film and featured a great helicopter sequence which almost ended fatally for both Young and Connery and was a homage to Hitchcock’s crop duster scene in North by Northwest. The film also had a superb fight on a train between Shaw and Connery who didn’t use stunt doubles for the sequence. This was also the film that started the now seemingly obligatory pre-credit scene setter with Grant apparently stalking and killing Bond which was the brain child of editor Peter Hunt to put this at the front of the film as a teaser. The fact that the film was the most successful film in the UK in 1963 confirms it as one of the best of Connery’s Bond films. ……which brings us to Connery’s best Bond film which is of course…..

The third film to be mad but the first to feature a truly ionic theme tune belted out at full blast by Shirley Bassey at the peak of her vocal powers. The film would be the first in the franchise to win an Oscar for it Sound effects. It’s title Goldfinger was named not after the villain’s alleged use of heap toilet paper (‘You’re fired!’ – Ed) but after an architect of the same name that Fleming disliked. When the architect threatened to sue for defamation Fleming offered to change the title to Goldprick. Originally Orson Welles was to be cast in the role until he proved too expensive so Gert Frobe took it on and then started demanding 10% of the box office. It was a film of great character names including the less than subtle Pussy Galore who in the book was a lesbian which introduced the innuendo laden dialogue and the side kick Oddjob with his steel rimmed hat used to behead Goldfinger’s adversary’s played by real life wrestler Harold Sakata. Goldfinger had the Aston Martin DB5 with its machine guns, nail clusters, revolving number plates and the unforgettable ejector seat. The car would set the template for future Bond’s having increasingly bizarrely equipped cars and film saw Q and his lab of lunacy for the first time. Goldfinger also had perhaps the most iconic image in any Bond film that of Shirley Eaton covered had to toe in gold. Goldfinger ensured that the release of  a Bond film was an event and this was as good as Connery ever got in the role in a powerhouse of a film where the production got everything right. 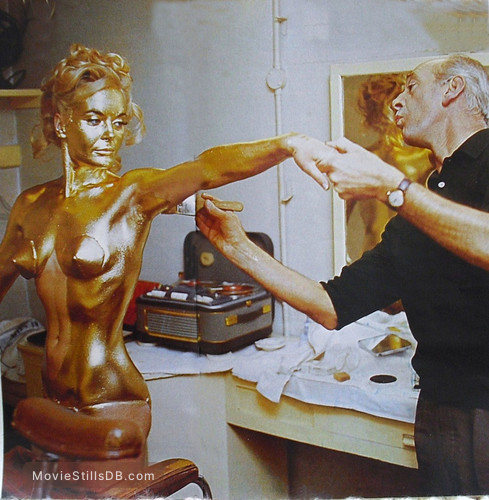 ….and yes we’ve ignored, ‘Never Say Never Again’ as its not from the Bond makers.