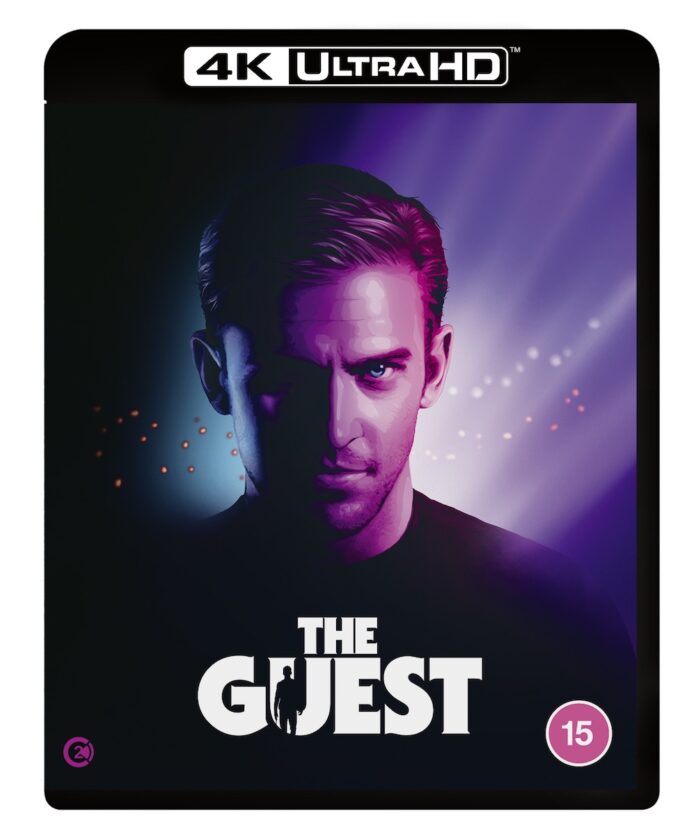 Actor Dan Stevens had made quite the impact on hit TV series Downton Abbey but by 2012 he was moving on and moved to the US for Hollywood film projects. The one that saw him take the lead role was The Guest from director Adam Winyard and what would be his regular scripter Simon Barrett. The writer and director had been made a low budget feature, ‘A Horrible Way to Die’ followed by a number of shorts but had grabbed audience attention with the 2011 home invasion thriller ‘You’re Next’, one of the first and best in that genre. Rounding out the cast was Maika Monroe who was proving a hot property after the cult success of horror hit, ‘It Follows’.

The script saw Stevens as David, a veteran who turns up unannounced one day at the home of the Peterson family, claiming to be a friend of their recently deceased soldier son, who died in action. Disarming and charming, they welcome the stranger into their home and their lives, but little do they know what they’ve let themselves in for. On the surface, David is the perfect guest, friendly and helpful, with nothing too much trouble, he quickly becomes part of the family, but when people in town start dying under mysterious circumstances, teenage daughter Anna (Maika Monroe – Independence Day: Resurgence) begins to suspect that David might not be whom he seems…

Stevens had loved the script finding it darkly funny whereas his agent saw it as all a bit too grim in a film that would have its fair share of action and gun play – a world away from the genteel manners of Downton’s early 20th century setting. The Guest was again something of a low budget affair but Wingard turned in a hugely entertaining genre pic with several sly subversions in Barrett’s clever script.

Now released on4K UHD and blu-ray this is another release from Second Sight Films that has been lavished with their usual array of excellent bonus features including both the archive and all new commentary by director and writer both of which are well worth a listen with the pair looking back in hindsight at the films. It especially interesting as Wingard has gone on to huge budget blockbusters with the acclaimed monster fest Godzilla v Kong that proved such a hit during pandemic lock down – so much so that he is already shooting the sequel and this time Barret is also on board as one of the screenwriters.

The array of bonus features is immense and includes new interviews with Dan Stevens, Maika Monroe along with a paired interview with Barrett & Wingard the latter of which has retained his distinctive long goatee beard and chooses to wear shades for an indoors interview looking like Son of ZZ Top. Added to this is also a producer interview along with DoP Robby Baumgartner, and production designer Tom Hammock all of whom offer several fascinating insights to what went on behind the scenes.

Here’s the trailer for The Guest…..