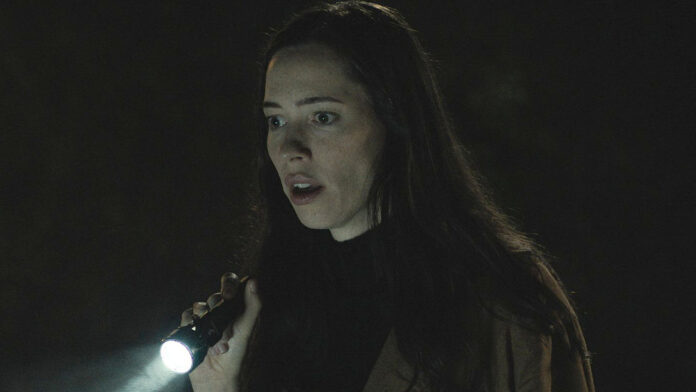 Most of us have been woken up by things that go bump in the night and for the Editor it’s certainly got worse since that newly wed couple moved in next door. The Night House is one such bump-in-the-night film and it’s a sombre start when we meet Beth (Rebecca Hall) a newly widowed teacher since her husband rowed out onto the middle of a lake and shot himself dead. As their house is on the lake with the boat still moored there it’s a constant reminder to Beth as she struggles through her grief. But for someone who has suffered the trauma of the death of a loved one there’s little signs of her breaking down in tears and seems quite comfortable going through his things without it instigating memories of happier times and more tears. Yet as she goes through his belongings she soon finds a suggestion there was more at play here with dark secrets coming to light. It’s all compounded further when things do go bump in the night or more specifically stereos that  switch themselves on in the middle of the night and in fairness one of these occasions has the most brilliantly sustained scare we’ve seen in a long time. 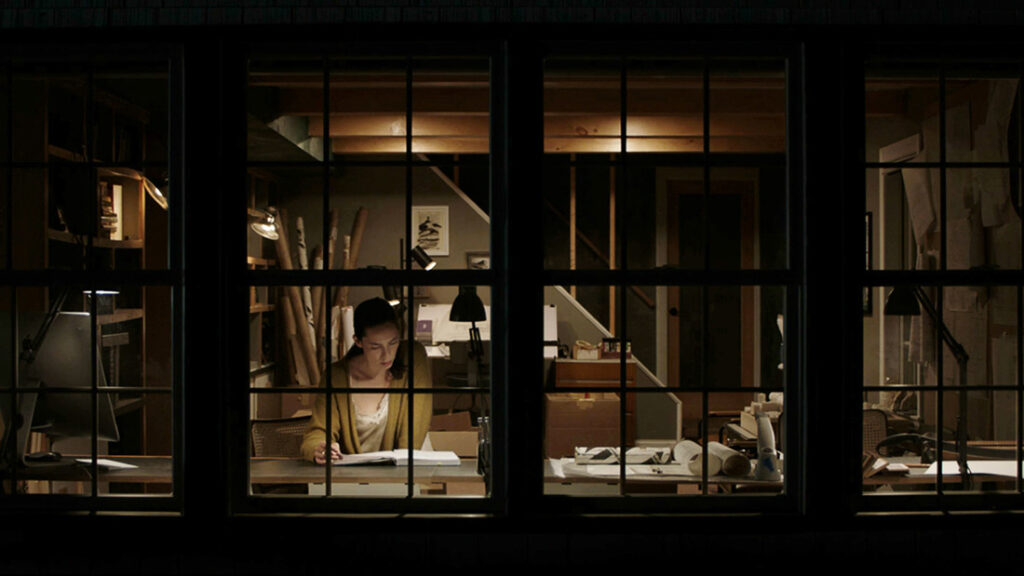 ‘I didn’t think we had secrets’, she tells friends who take her out for a drink, something which she increasingly turns to swigging brandy like some high maintenance wino in Waitrose. It’s little surprise that she turns to the bottle which soon proves to be not the only spirit in the house when she is frequently woken up at night by a strange knocking and Beth soon begins to believe it might well be her late husband trying to communicate with her. For any grieving widow the craving for the return of a lost loved one is understandable but here Beth’s pining for her late husband is soon leavened by the secrets that she starts to uncover.

Director David Bruckner made the excellent but underrated The Ritual and conjured up creepy scares and once again he shows again just how good he choreographs scares with moments that startle whilst others bring a chill to the bone and the first two acts have an air of dread. Yet as chillingly effective as they undoubtedly are it can’t sustain the film with a narrative that initially is intriguing but leads to an ultimately disappointing denouement.

We spoke to director David Bruckner about the making of The Night House…….