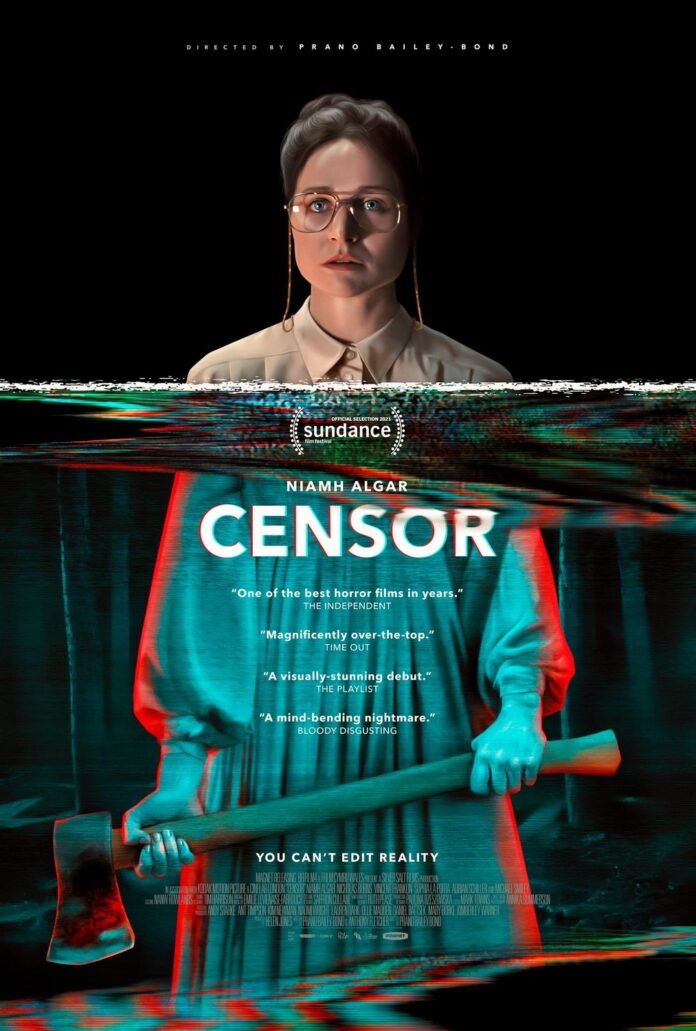 Everyone has a view on the job of a censor and what is and isn’t allowed to be released. We’re certainly no different because we’ve spent no end of time expressing our outrage that the British Board of Film Classification continually allows Adam Sandler comedies to be released…….but we digress. The censor at the centre of Censor is Enid (Niamh Algar) a school ma’am like woman still processing her own family trauma after the mysterious disappearance of her sister and harbouring a sense of guilt now seeks to protect the public from harm from the surge of horrifically violent films. Set in the mid –eighties this was an moment in time when home video had taken hold and the market was flooded with all manner of horrors. Having not been certificated for Home Entertainment  the opening of the film has a montage of some of the extremes that found their way into homes and though we only glimpse some of the clips it’s when we don’t see the clips but just some of the sound effects of the murderous mayhem that disturbs. 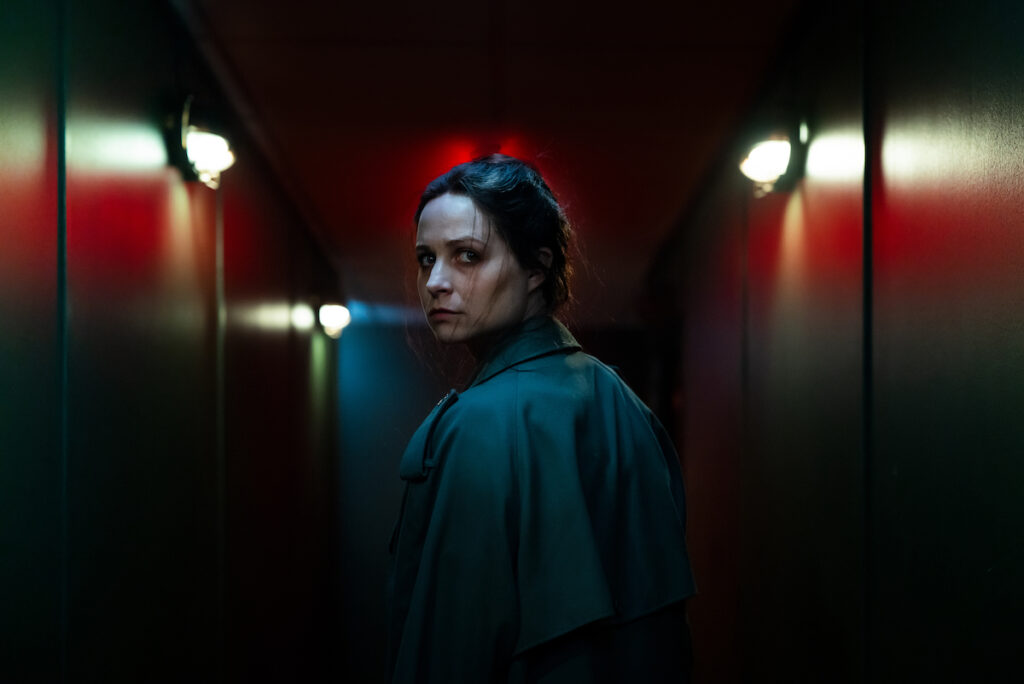 But Enid takes an academic approach to her work sitting in a darkened office she studiously takes notes about the worst excesses and the justification for having them excised from the film. But she soon finds herself pilloried in the press and when a film she allowed through even with extensive cuts is blamed for a gruesome murder that has her having to battle her way through protestors as she goes to work.  It’s a secondary story to the films main narrative that isn’t fully explored but triggers her increasing obsession with a shady and fictitious film director Frederick North (who looks a little like Wes Craven when we do see him) whose film submitted to the censor is, ‘Don’t Go in the Church’ which triggers her memory of the private turmoil she went through with the unexplained disappearance of her sister. Years later and her sister has still not been found and her parents sign off a death certificate wanting closure so as to be able to move on with their lives. 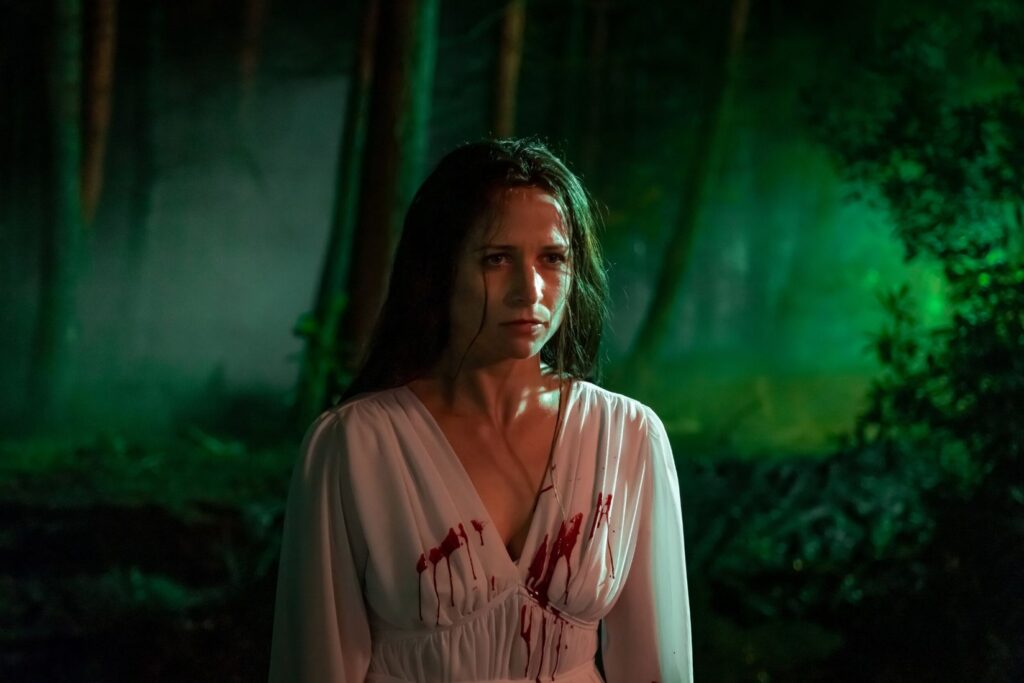 That her sister and now the star of North’s film has also gone missing and that scenes and images in his latest film trigger memories of when Enid last saw her and prompts suspicion about the director and his dodgy producer played in odiously slimy style by Michael Smiley. But as Enid tries to find out more she begins to psychologically unravel and the film brilliantly reflects her fractured psyche and view on reality as Censor flits between formats, film stock, frame size and increasingly adds in those technical glitches that VHS tapes developed over the years as they were watched and re-watched and deteriorated with time.

Directed and co-written by Prano Bailey-Bond this is a clever look at the work of censorship or film classification as it prefers to be known. Those who remember the video nasty furore will recognise the faux outrage from the press and the government’s knee jerk reaction with the introduction of the Video Recording Act which saw shelf upon shelf of perfectly legitimate films being seized when shops were raided and those ‘under the counter’ video tapes were also seized. Yet there were only ever around 30 successful prosecutions and though several of the films remain uncertificated  leaving them unrelease-able for the moment but many of the films did find their way back on to shelves with little if any cuts.  Censor captures that period of the eighties well with a production design that seems to have taken the hideous avocado bathrooms as its influence.  Niamh Algar is excellent here as she was in the under rated Calm with Horses a couple of years ago. Censor is an intriguing debut feature film and we ‘re keen to see what Prano Bailey-Bond follow up will be.