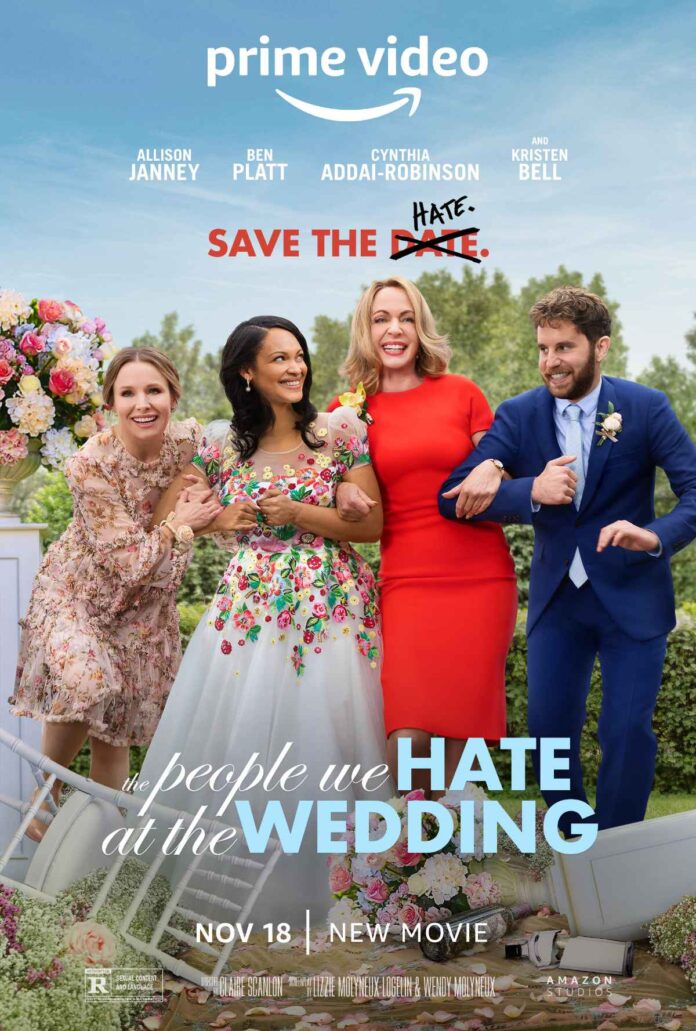 So weddings have been an endless source of inspiration for film makers and whilst some have been immensely enjoyable  a la Four Weddings and a Funeral others have been ….well…have you seen, ‘Confetti’? However landing in our inbox is The People We Hate At The Wedding trailer.

Based on the book by Grant Ginder the film has a great cast that includes Allison Janney, Kristen Bell, Ben Platt, Cynthia Addai-Robinson, Dustin Milligan, Isaach De Bankolé, Karan Soni, Tony Goldwyn, Jorma Taccone, Julian Ovenden, and John Macmillan. Directed by Claire Scanlon who has an extensive career in TV series including the US version of The Office plus several other decent US comedy series which bodes well for this and the trailer does look pretty good

Described as an hilariously raunchy comedy The People We Hate at the Wedding features a dysfunctional American siblings Alice (Kristen Bell) and Paul (Ben Platt), along with their ever-optimistic mom (Allison Janney), are invited to the British wedding of their estranged half-sister Eloise (Cynthia Addai-Robinson) as a chance for them to reconnect as–more or less–adults, and learn to love each other like they once did.

Here’s The People We Hate At The Wedding trailer….