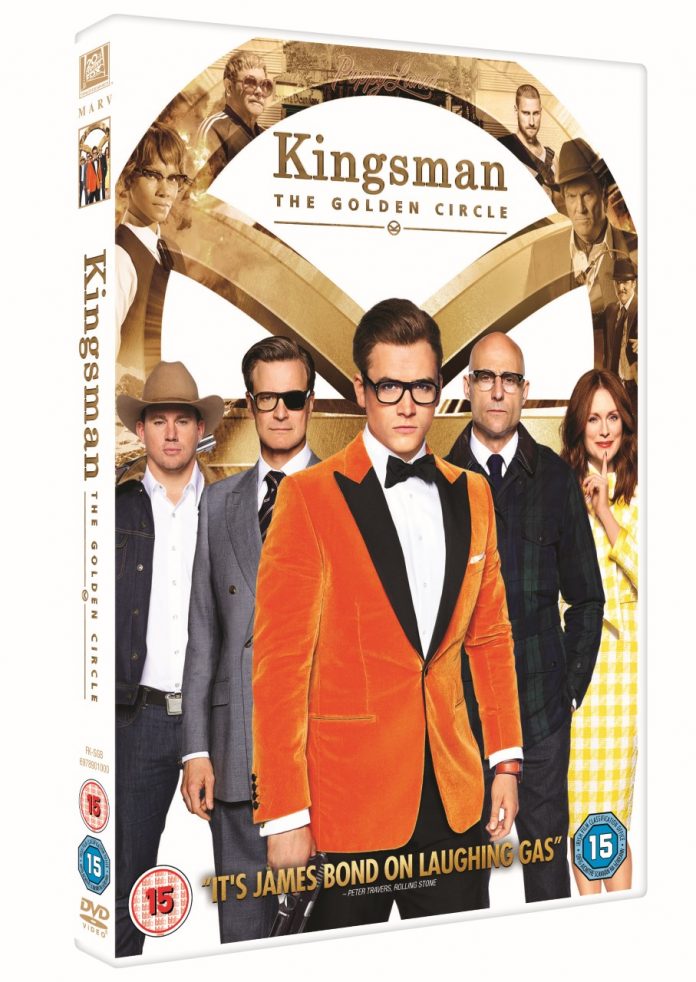 Matthew Vaughn’s career as a film director started off accidently having been unable to get someone that he wanted to direct ‘Layer Cake’ he decided to take the job himself working with a pre-Bond Daniel Craig. Ironically he’s gone on to make the hyper stylized comic book version of Bond with ‘Kingsman’ a reworking of Mark Millers graphic novel The Secret Service. It’s even more proudly British and style obsessed (Oxford’s vs Brogue shoes) and was even more bonkers than Bond – who can forget the hyper violent church sequence with Colin Firth? The film was a smash raking in over $400m worldwide in 2014 ensuring an inevitable sequel.

According to Vaughn the idea for the sequel came from a moment in the first film when Eggsy is banged up in a prison cell prompting the director to bizarrely wonder how a diva like Elton John would behave after his foul mouthed tirades featured so prominently in the documentary ‘Tantrums and Tiaras’ about the prima donna porky pop superstar. Thus was the idea for the second film was instigated with Elton John given full rein in a expletive filled cameo role as the prisoner of Julianne Moore’s villain.

The second film runs marginally longer and in one of the 14 featurettes on the blu ray disc the first cut ran for 3 hours 45 minutes so goodness only knows what was cut out as there are no deleted scenes on the disc. What it does feature is a series of featurettes about each aspect of the production including one on the involvement of Elton John as well as the weapons, clothes and visual effects.

There’s also a feature on the shooting of the opening taxi chase/ fight sequence through the streets of London cut together with a load of green screen work and  various versions of the black cab needed to accommodate the shoot. In all there’s over two hours of extras and added to that is  a Kingsman archive featuring a series of concept art of the sets, costumes as well as behind the scenes.

The film itself is well presented but is a little overlong and not all the A list stars really get to shine which is a shame as it seems a bit of waste especially when it’s Elton John who sends up his public and stage persona so shamelessly yet enjoyably in this which makes him one of the highlights of the films.

It’s a decent enough disc though a commentary would not have gone amiss.

Kingsman: The Golden Circle is available on Digital Download on 13th January and 4K Ultra HD, Blu-ray™ and DVD on 29th January