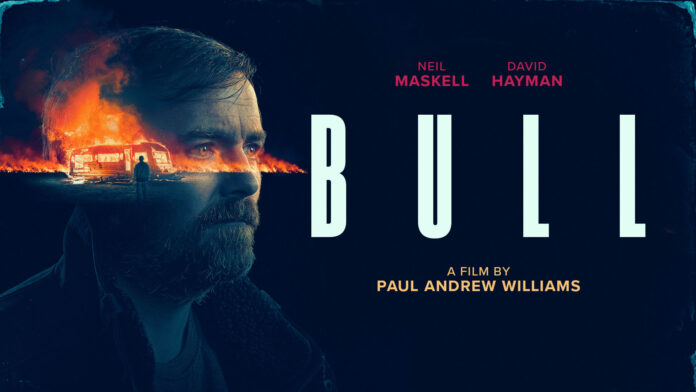 Appearances can be deceptive. Anyone tuning into Britain’s Got Talent for the first time might think that Amanda Holden is a highly respected multi award winning actress whereas the reality is that the when the list of the most reviled women in British history was published she didn’t move up a place even when Myra Hindley died. Neil Maskell as the title character Bull initially looks like the most benign of middle aged, an unfussy beard, an end of day haircut and clothed from the sale rack of George at Asda but within ten minutes it is clear he is the most casually brutal of men doling out the  horrifically violent acts without hesitation on the orders of his boss and father in law Norm (David Hayman). But Bull is now a man on a mission. He’s on a roaring rampage of revenge.

His father in law Norm (David Hayman) is part ruthless enforcer, part doting grandfather to  grandson Aiden and similarly beneath his man of violence psyche Bull was a doting father to Aiden too  and yet now having separated from his wife Gemma he rarely gets to see him and desperately wants custody of him. Hardly surprising when Gemma is hooked on class A. His situation is not unlike many fathers deprived of seeing their child but Bull swerves the expense of money grabbing family lawyers and goes after Norm and his former thuggish cohorts who have been part of Norm’s enforcement of the separation. 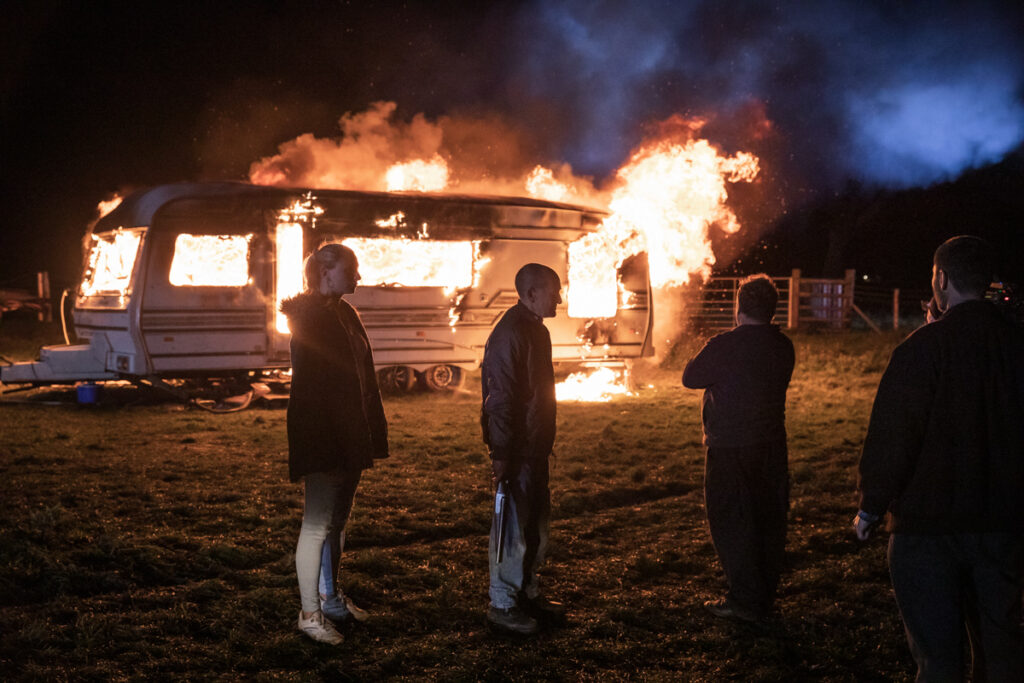 Written and directed by Paul Andrew Williams the plot structure flits back and fore in time with a burning caravan featuring heavily and it takes a moment to adjust to but soon becomes clear that this might be the key to all of this and yet by the end this doesn’t play out as might be expected. It’s one of the films many strengths but perhaps best of all is the Maskell & Hayman hard man double act. Normally there’s little to convince audiences with these type of roles which are usually reduced to seething shouty swear fests. There’s none of that here. Both actors are extraordinary in the roles and utterly convince in what are the  most chillingly terrifying screen villains seen in British film for years.  It’s matched by the onscreen violence which is shocking, graphic and brutal with Bull having instructing one character, ‘…..I’m coming for all of them!’ and he’s not kidding. Consumed with vengeance and an unrepentant attitude to the most appalling violence no one is safe as he works his way up to Norm. 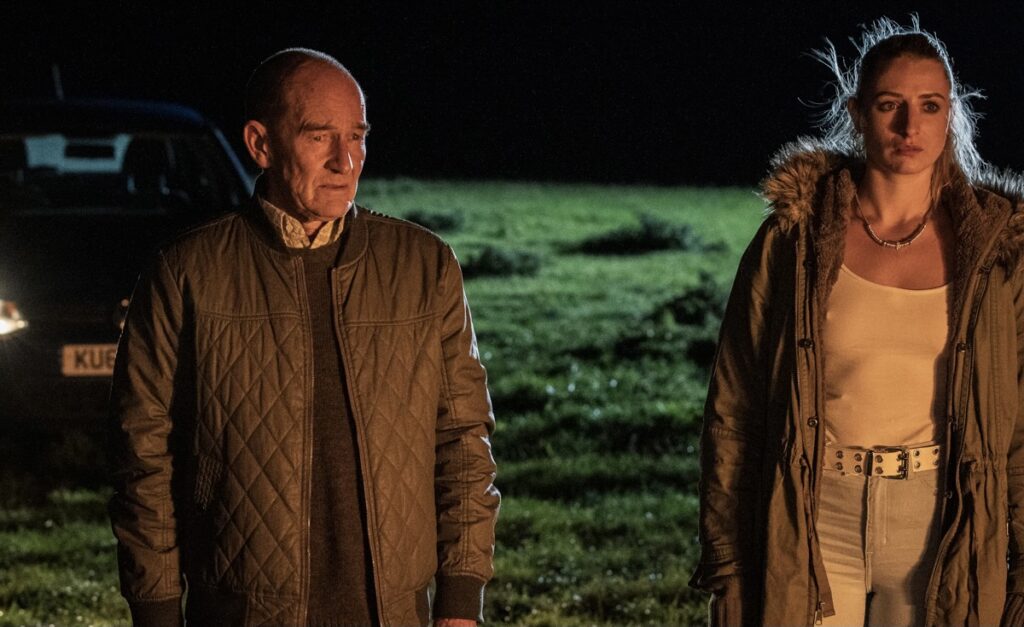 Director Paul Andrew Williams has an extensive background in television with series such as the excellent ‘Broadchurch’ plus a handful of features that included his 2006 debut ‘London to Brighton’ and its look at the grime of the underworld. Bull continues that tradition and for fans of revenge films such as Get Carter and obviously Kill Bill this is essential viewing in what is one of the best independent films  of the year.

Here’s a chat we had with lead actor Neil Maskell about the making of the film…..