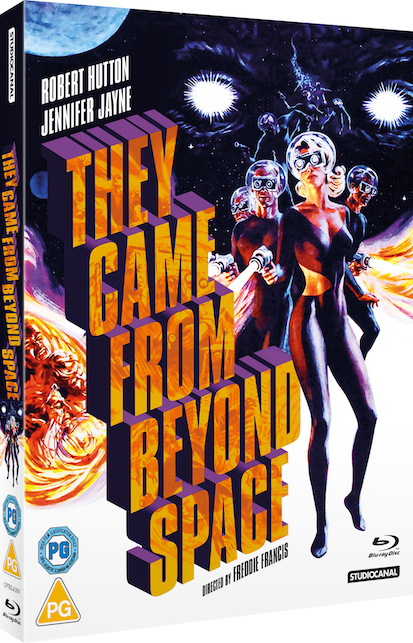 So whilst everyone has heard of Hammer horror less well known is their competitor Amicus headed up by Milton Subotsky and Max Rosenberg whose business partnership would produce a slew of low to medium budget horror and anthology films mostly shot in England. As well as producing Subotsky would often write the screenplay which notably included two  Dr Who films including the excellent ‘Daleks Invasion Earth 2150AD’. Less successful was They Came from Beyond Space now released on Blu-ray, DVD & digital download platforms. 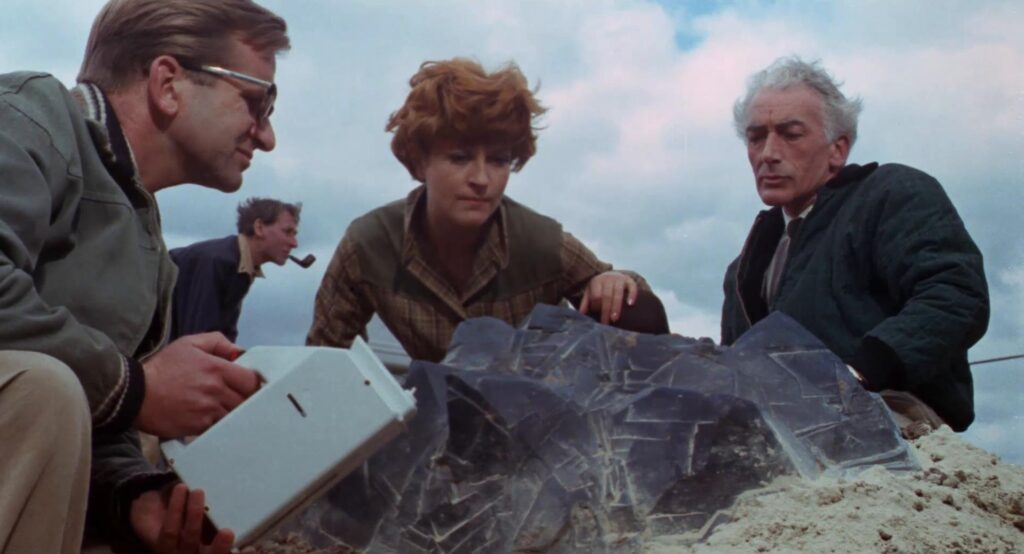 Adapted from the Joseph Millard novel, ‘The Gods Hate Kansas’, it starts with a meteorite crashing into a field in the formation of the letter V. It’s soon investigated by the Ministry of Extraterrestrial Life on Other Planets (MELOP) though as acronym’s go frankly it would have been appropriate if the  department had been named Super Human Intelligence Tracking Experts. Led by Dr Curtis Temple (Robert Hutton) who is sent to investigate but  it is not long before the scientists find themselves exposed to an alien force that wants to enslave them. No one is immune from the invasion except for Dr Temple  who is shielded by the meteors influence by a metal plate in his head that had been fitted after a recent accident. It’s Temple who discovers that an alien race on the moon (so not quite from beyond space as the films title suggest!)  seeks to use these mind controlled scientists for a secret purpose. But as Temple learns more about the invaders he realises that they not be as evil as he once thought….. 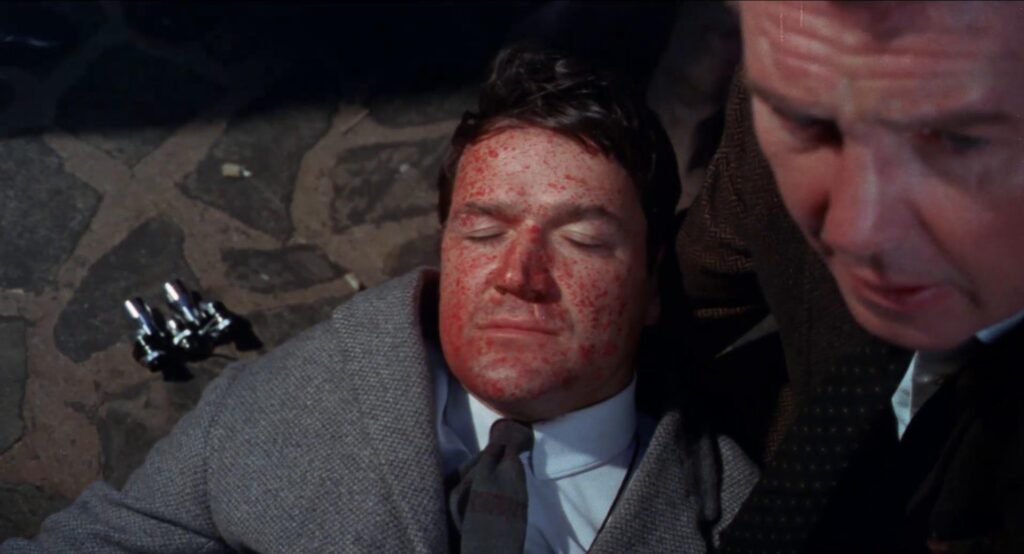 They Came From beyond Space is a B- movie writ large following in the tradition of those camp, 50’s sci-fi movies  with equally lo-fi special effects, dodgy back projection, psychedelic visuals and a kitsch soundtrack announcing every shock moment with an over eager orchestral brass section. Hutton was a largely forgotten actor whose career had been reduced to equally forgettable B-movie schlock. Jennifer Jayne was a stalwart of TV series and They Came from Beyond Space was a rare foray into films, albeit in this case a very low budget one.  It was the same for actor Bernard Kay and there’s also an appearance by Michael Gough as the Master of the Moon but who seems to share a wardrobe with RuPaul.  Perhaps most notable about the film is that it was directed by Freddie Francis who had established himself as safe hands directing for both Hammer and Amicus with their horror output. So it comes as something of a surprise to know that from such bargain basement nonsense that Francis was also a highly regarded cinematographer winning two Oscars in that category and had worked frequently as  DoP for David Lynch on The Straight Story, The Elephant Man & Dune as well as on  Martin Scorsese’s remake of  Cape Fear. 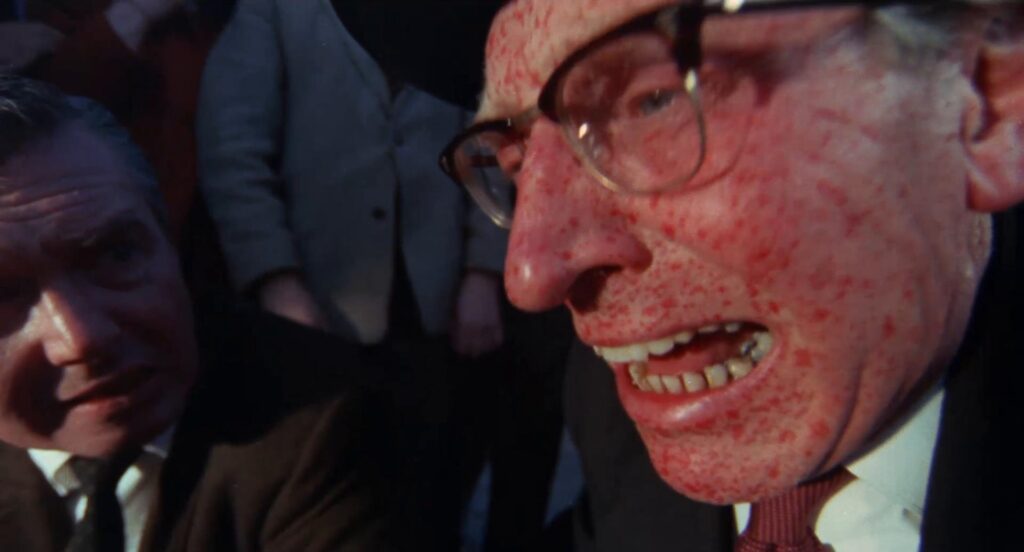 The disc for They Came from Beyond Space is limited to just two bonus features – a trailer and an agreeably enjoyable commentary from film historian David Del Valle and director David DeCoteau (who has an astonishing 170 directorial film credits).

Here’s a clip from They Came from Beyond Space……..and yes, he is wearing a colander on his head!

They Came from beyond Space is released on 8th March 2021