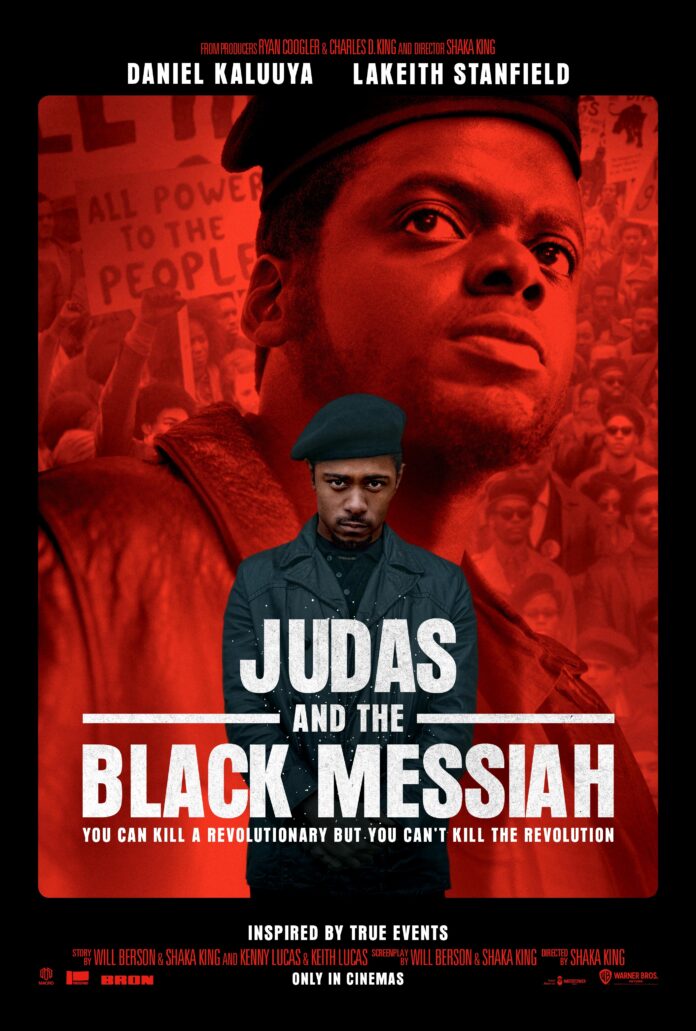 Though he’s been acting for years Daniel Kaluuya really put himself on the map with his Oscar nominated turn in 2017’s ‘Get Out’. Since then he’s secured an enviable reputation with turns in ‘Widows’ and now his latest Judas and the Black Messiah.  A true life story, he plays Fred Hampton a young charismatic leader of the Illinois Black Panther Party able to inspire his audiences wherever he spoke. He was exactly the sort of figure of which the FBI were wary giving him Black Messiah status on their unofficial persons to watch. It was a title that wasn’t without merit because much like Christ he would be betrayed and killed by his own Judas which in this case would be William O’Neal (LaKeith Stanfield). 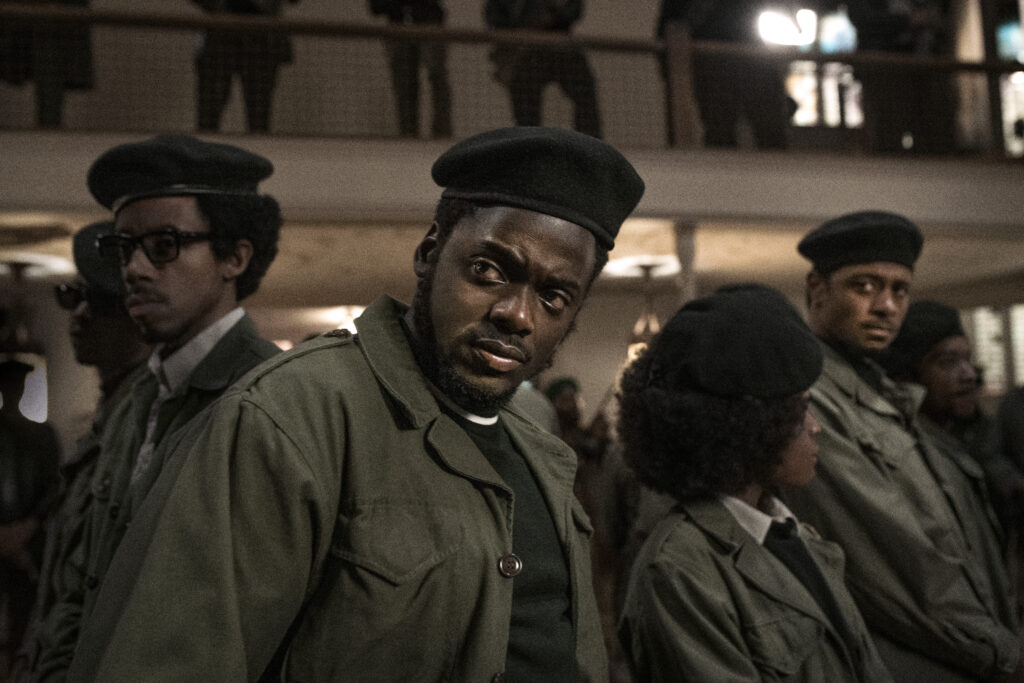 The real life O’Neal features early on in his only TV interview admitting to trusting and aspiring to emulate Hampton with his progressive thinking and his drive to form a ‘rainbow collective’ in an effort to gain equal rights for minority groups.  Judas and the Black Messiah is only too appropriate a title because O’Neal was a petty criminal out for whatever he could get and having been caught for a car theft was facing a prison sentence until the FBI, fronted by an almost unrecognisable Martin Sheen donning saggy heavy prosthetics that looks like he fell asleep beside an open fire, got him in their sights. With his FBI handler Roy Mitchell (Roy Plemmons) offering him jail time or a fine time with the money he would be paid for turning informant on Hampton. 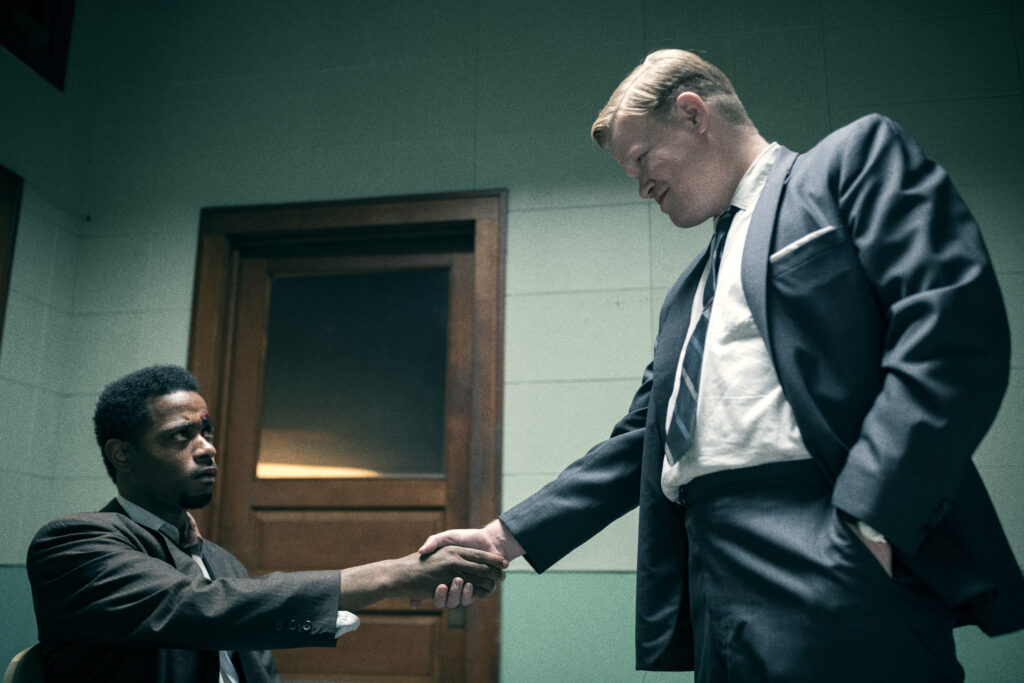 It’s this subterfuge and the scenes between informant and handler that should be riveting. Unfortunately they’re nowhere near as compelling as they could and should be and it’s a fatal flaw of the script in that respect. Far better are the scenes with Hampton and his fellow Panthers which are far more engaging as well as a developing love story with Deborah Johnson (Dominque Fishback) who would father his child.

Directed and co-written by Shaka King the true life story of Judas and the Black Messiah is one that’s well worth telling but there’s little insight into O’Neal’s motivations whether it be for his thirty pieces of silver or any inner conflict about that he might have had about his actions though there’s a revealing and shocking revelation after a documentary clip of O’Neal. But there is justifiable outrage at how Hampton’s life would end when he had the potential to drive forward social justice in the same way that Martin Luther King, who had been assassinated shortly before Hampton, came to the FBI’s attention.

Here’s the Judas and the Black Messiah trailer…….