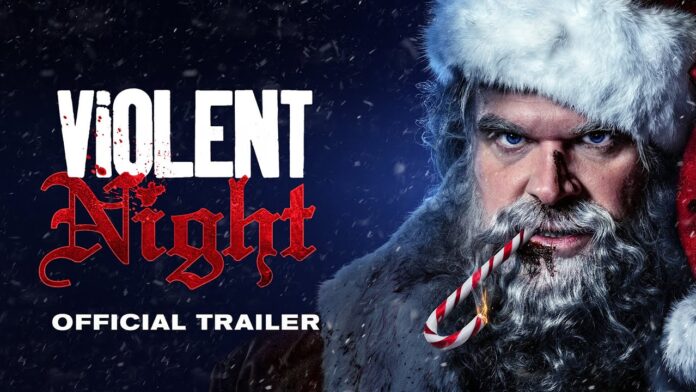 With Christmas just a few months away the trailers for the seasonal films are landing and the Violent Night trailer starring David Harbour as something of a kick ass Santa.

Harbour plays a grizzlier, more rueful version of Kris Kringle, who is anything but jolly in the trailer. On Christmas Eve, Santa Claus encounters a family being held hostage by a team of mercenaries and is forced to take matters into his own hands in a far from season of goodwill way

Is Die hard a Christmas movie?

Harbour is joined by an ensemble that includes Cam Gigandet, Beverly D’Angelo and John Leguizamo. The script was penned by Pat Casey and Josh Miller, who previously wrote the first and second live-action “Sonic the Hedgehog” movies. This looks immense fun and behind it all is 87North, the  producers behind ‘Atomic Blonde’ and ‘John Wick’ and ‘Nobody’ plus blockbuster spin off ‘Hobbs & Shaw,’ so the set pieces are sure to sheer lunacy as hinted at by the trailer here.

There’s no confirmed UK release date yet but the US get it on 2nd December 2022.