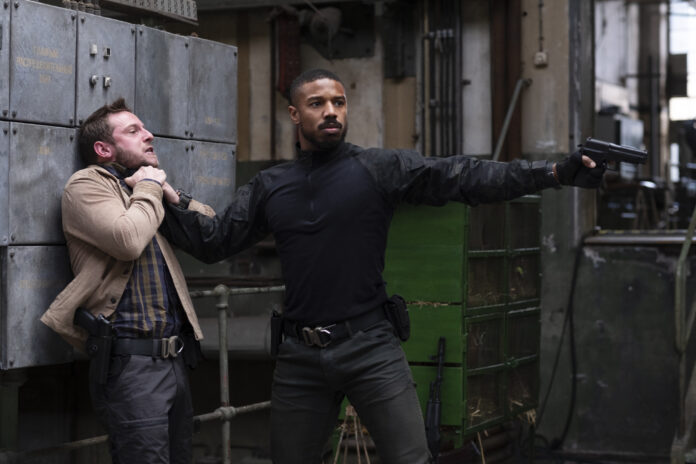 We’ve always been intrigued by Navy SEALS and always look forward to films about them only to be disappointed to find that once again they actually feature troops of elite soldiers none of which perform for fish in Sea World (‘You’re fired! – Ed). Without Remorse is an adaptation of another Tom Clancy novel part of the ever more splintered Jack Ryan film universe of right wing politicking. 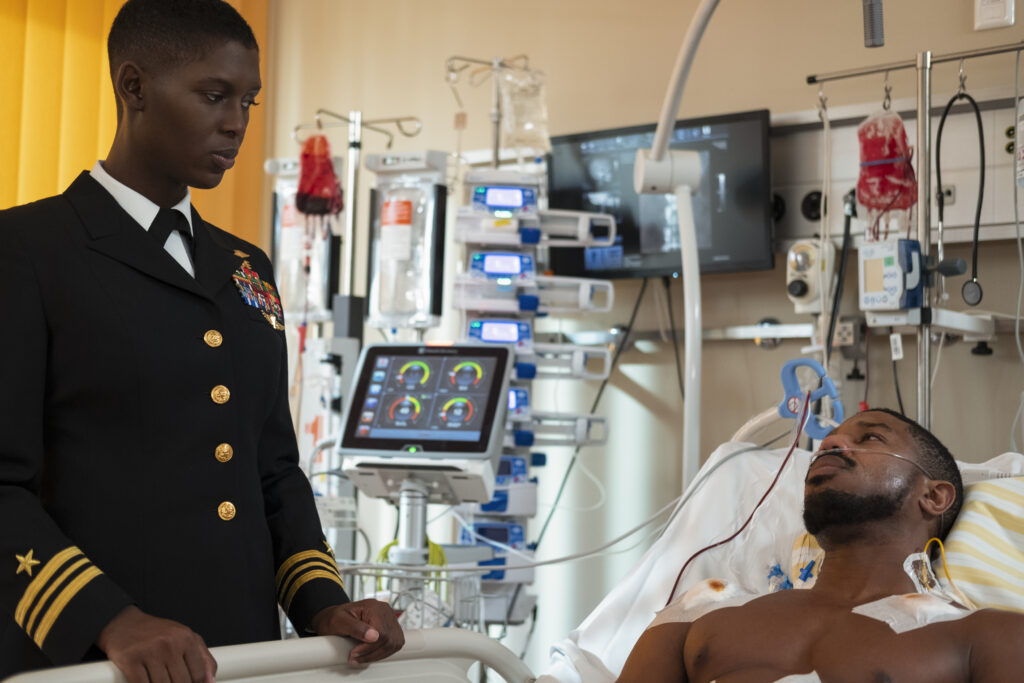 Though Jack Ryan is nowhere to be seen Without Remorse has Michael B Jordan as John Kelly, a Navy SEAL, who is first seen with his team being briefed by shady CIA agent Robert Ritter (Jamie Bell) as they carry out an extraction, only to find that the enemy they infiltrate are actually Russian. It’s not long after their covert op has finished that the team of SEALS themselves being eliminated, not by a team of Canadian furriers clubbing them to death (‘Stop it!‘ – Ed) but by Russian Black Ops. All would have gone well for those Ruskies too until they get to Kelly’s house and kill his pregnant wife shortly before he kills all but one of them who gets away.

Without Remorse, rather than referring to the evil of Christmas TV schedulers as they foist another awful season of TV on the British public, is the mindset that Kelly is in as he goes after those that were behind the execution of his wife and team. And again it’s CIA man Ritter who seems to be neck deep in the subterfuge orchestrating the US revenge mission on Russian soil but at least Kelly has the backing of a Senate Secretary (Guy Pearce) and is helped by his own commander Karen Greer (a strikingly shaven headed Jodie Turner-Smith). 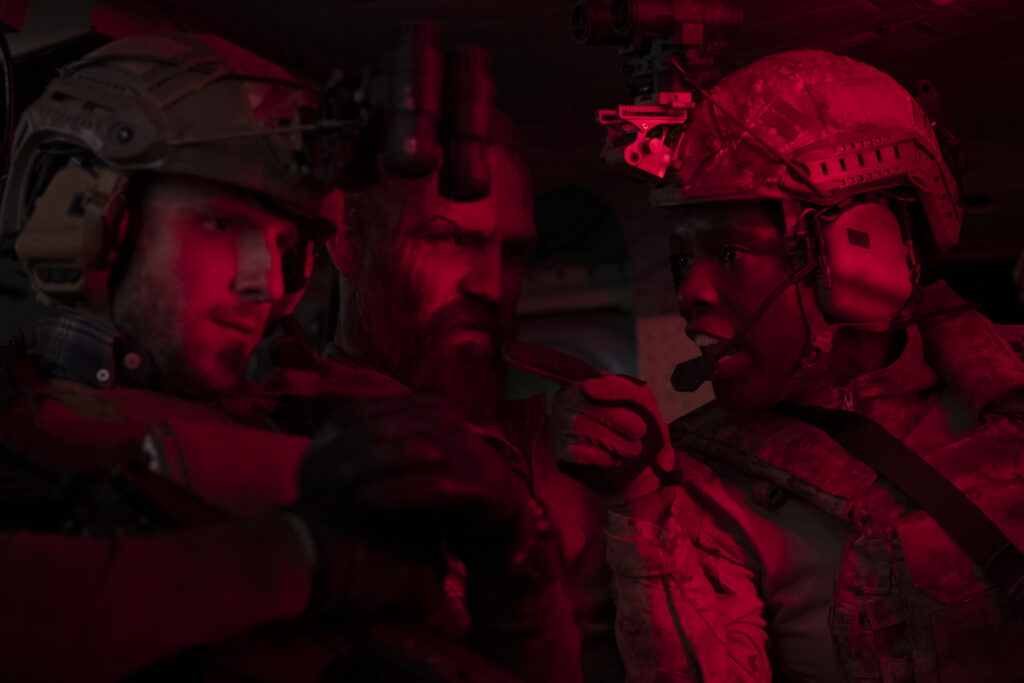 Jordan looks strikingly buff in this having not let his gym session for Creed having gone to waste. It’s a move away from the sombre real life drama of his last film Just Mercy (– see him and Jamie Foxx at the London premiere HERE) as this is firmly in the action film genre albeit with the right wing politicking that comes with Clancy’s novels. Directed by Stefano Sollima (who made the stunning ‘Suburra‘ – reviewed HERE as well as the Sicario sequel) this is something of a let down. The mechanics of the plot lack the intricacy of those previous films and there are too many illogical plot holes. There is, however, plenty of action with shoot outs aplenty and set pieces – an escape from a plane crash landed in the ocean is good – but it lacks the hyperventilating excitement of similar scenes that stunt men turned directors have captured in films such as Atomic Blonde, John Wick and Extraction.

It’s a by the numbers actioner with a climax that cops out of bittersweet melancholy opting instead to leave the story open for a potential franchise……without remorse.

Here’s the Without Remorse trailer…….