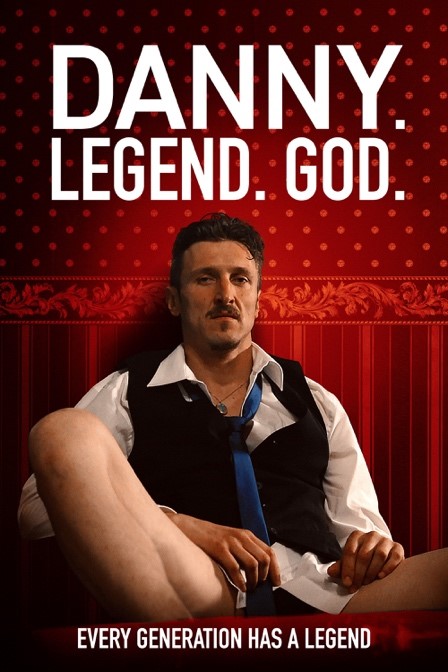 The comedy documentary has become something of a genre in its own right. Arguably starting with This Is Spinal Tap setting the bar high few have got anywhere near with only Sacha Baron Cohen the modern day king with his Borat movies. Both make it look effortlessly easy and it’s hardly surprising that so many have a go at the format especially as it can be made so cheaply and produce brilliant results. So the appeal for writer – director Yavor Petkov  is obvious  and here his ‘funny foreigner’ is Danny (Dimo Alexiev) a dodgy Bulgarian business man wallowing in the glory of having a documentary team follow him in his day to day business in Danny, Legend. God. 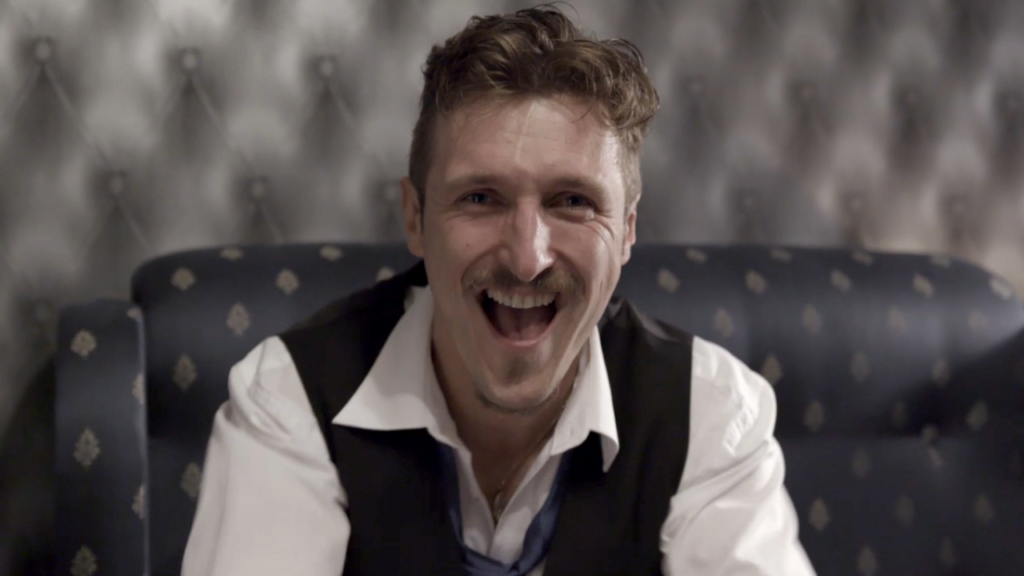 The crew are there to make a documentary about money laundering but journalist Susan (Kate Nichols) and her two man crew grow ever more exasperated with Danny as he hijacks their film telling them what to shoot and taking them to see what he wants them to see and what he wants the doco to be about. And what it is about is his ego, out of control and bragging about his dodgy business dealings, violent extortion and money laundering that finances his lifestyle, his drug use and infidelity with a variety of prostitutes.  He drags the crew deeper and deeper into ever  more unsavoury situations as he determines to rebrand both himself and the  documentary and Susan finally breaks telling him , ‘I’ve had enough’ and leaves them behind. For actress Kate Nichols it’s a brilliant career move because this is a truly, truly terrible film. 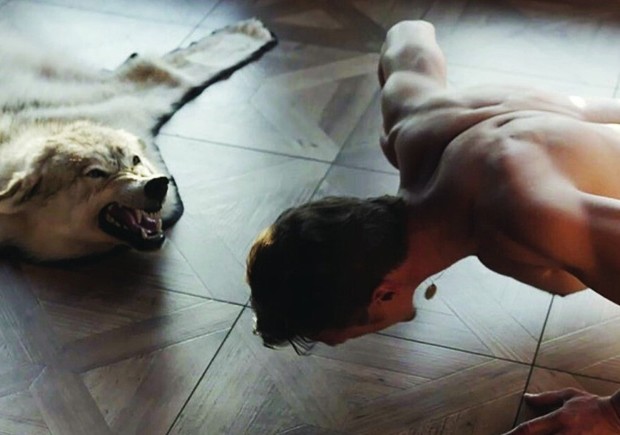 For these type of comedy documentaries to work the audience needs to be on the side of the central character who need to have something likeable about them. Here, Danny is utterly contemptuous. An arrogant, boorish, violent misogynist bully he is utterly unsympathetic, deeply dislikeable and wholly loathsome with no redeeming features whatsoever. And therein lies the problem with Danny. Legend. God. He is a one note character and is just unbearable to watch and that the film lasts for 110 minutes makes watching this a real endurance test.

Whilst it has no pranks or set ups with members of the public such as the Borat films or the recent Bad Trip (reviewed HERE) it goes down what appears to be the path of ad libs based on a loose scenario . And it’s a very loose scenario with little story to propel it and certainly not enough to sustain its almost two hour running time. What is possibly intended to be funny, isn’t and when it turns dark just makes Danny even more hateful. It’s uneven in tone never really making clear what it wants to be. 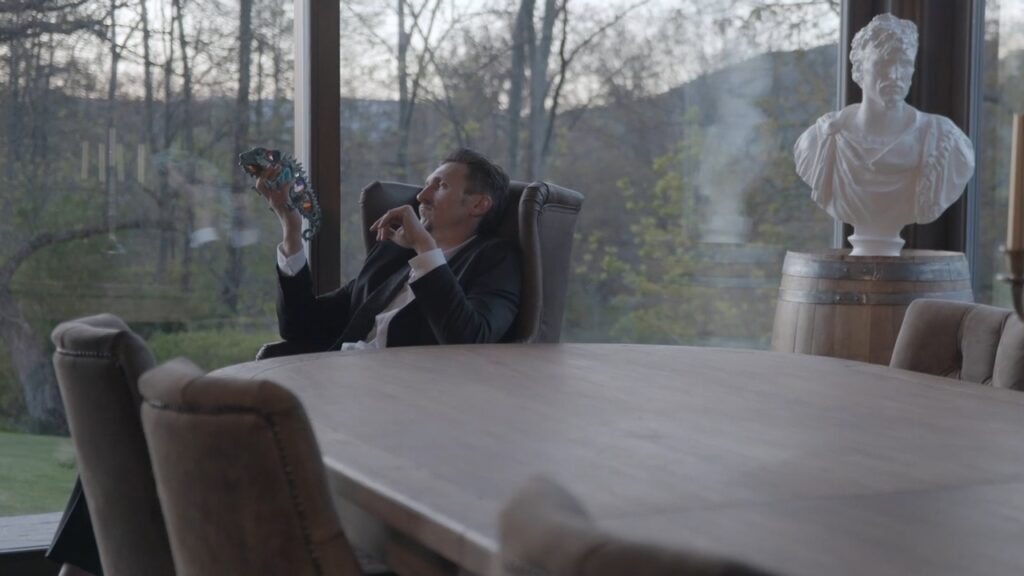 Way back in 1992 the Belgium film ‘Man Bites Dog’ had a similar set up with a documentary crew following a serial killer which was darkly humorous and worked brilliantly as the crew were drawn into their subject’s activities and was as much a comment on an audiences voyeurism of violence whilst still managing to be humourous. Danny. Legend. God.  fails at every level. At one point journalist Susan tells her Editor all they’ve managed to shoot is, ‘a couple of hours of rambling’. And she’s right unfortunately they cut it together and released it and called it Danny. Legend. God.  It’s  the sort of film that is likely to be prosecuted for crimes against humanity.