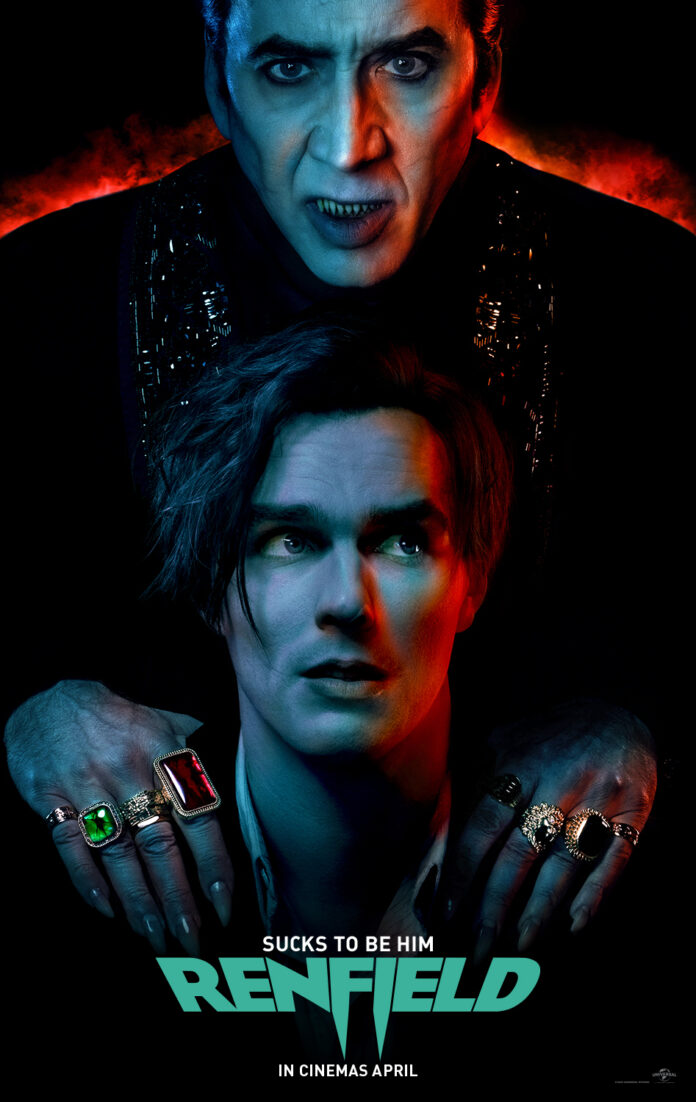 Dracula has got to be one of the most filmed literary characters ever but that doesn’t stop the films being made but the release of the Renfield trailer looks like a whole different spin on the story.

Starring: Nicholas Hoult, Nicolas Cage, Awkwafina, Ben Schwartz, Adrian Martinez  and directed by Chris McKay from a screenplay by Ryan Ridley based on an original idea by Robert Kirkman the Renfield trailer is a modern monster tale of Dracula’s loyal servant, Nicholas Hoult (Mad Max: Fury Road, X-Men franchise) who stars as Renfield, the tortured aide to history’s most narcissistic boss, Dracula (Oscar® winner Nicolas Cage).  Renfield is forced to procure his master’s prey and do his every bidding, no matter how debased. But now, after centuries of servitude, Renfield is ready to see if there’s a life outside the shadow of The Prince of Darkness.  If only he can figure out how to end his codependency.

And you just know that if Nicolas Cage is in the film its already assured a certain level of on screen madness and Renfield is no different when Cage does finally appear in full Dracula garb. Cage has gone on record saying that he is a huge fan of Christopher lee who played the iconic character in so many Hammer films so the appeal of accepting the role for him is obvious. That said from the look of the trailer this has a distinctly comic tone rather than horror although there a gruesome moments in there with the exploding priest so the film makers are not going to be letting up on the gore by the looks of it. Either way this looks pretty good with a different slant on the story

Renfield will be released in April ( exact date to be confirmed)

Here’s the the Renfield trailer……