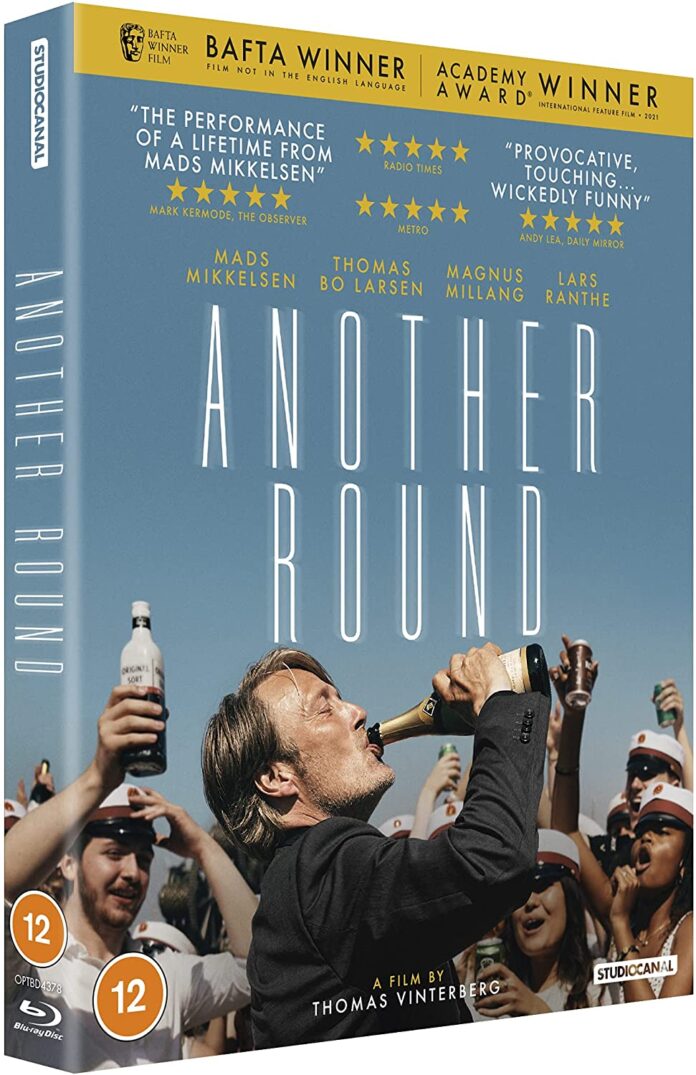 There is a theory that man is born with half a per millilitre of alcohol too little in their system regrettably our Editor has dedicated many years to keeping it topped up to such a degree that a recent blood test he had showed him as 100% proof (‘You’re fired!’ – Ed). There’s been many an artist or creative who regard alcohol in the blood as being able to open the mind thus diminishing problems and increasing creativity. It’s certainly a theory that has been tested to breaking point by the likes of Oliver Reed, Dylan Thomas and Richard Burton et al and one that is explored in Thomas Vinterberg’s film Another Round. The film follows four high school teachers lead by Martin (Mads Mikkelsen) consuming alcohol on a daily basis to see how it affects their social and professional lives.  Now anyone who teaches in a high school and all the horrors that teenagers encompass would be more  than entitled by pouring vodka on their corn flakes in the morning but the teachers in Another Round find it having a varying effect on their abilities and day to day lives. Initially it has a positive effect as each start to loosen but as their experiment progresses it starts to take its toll. 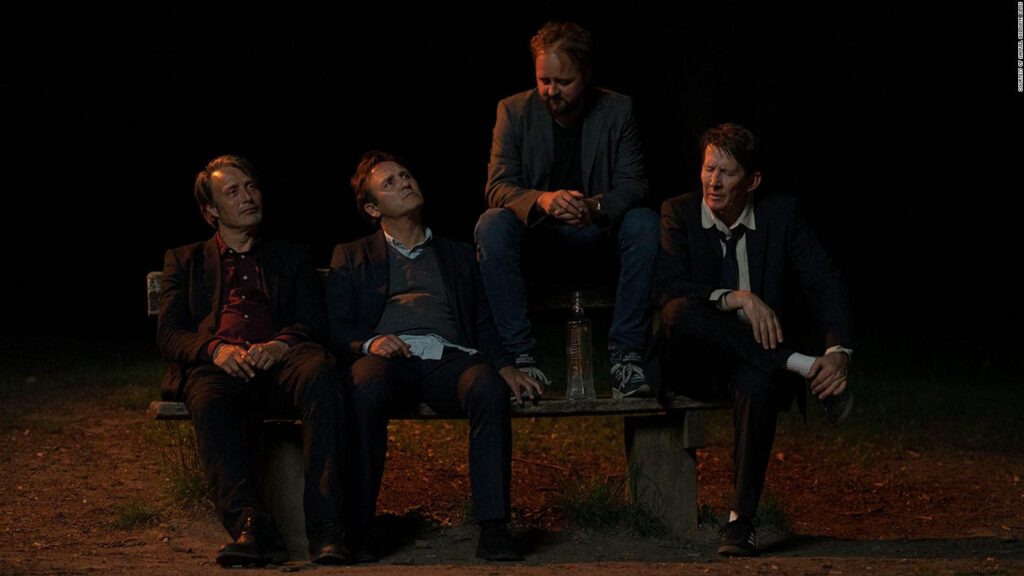 Another Round is not without its controversy. Some may find its central concept reprehensible others may be open to the idea and the film intentionally has no moral standpoint. But there’s no doubting that the film prompted much debate about the central thesis and Vinterberg has coaxed great performances from his cast most notably Mikkelsen and its little surprise that the film rightly won the Best International Film Oscar at the 2021 Oscars and BAFTA’s with the director nominated for helming the film too.  Vinterberg’s film had been based on a play he had written inspired by his daughter Ida’s tales of a drinking culture amongst Danish youth and he had cast her on the film as the daughter of Mikklesen’s screen character. It was not to be. Four days into filming she was killed in a car crash and her role was dropped and the film is understandably dedicated to her. The film continued shooting but Vinterberg took a week out before returning. With its subject requiring the drinking of alcohol none was actually drunk on set but like many film crews away from home there was a certain degree of drinking under the guise of research to see just what would happen with 0.05% alcohol in the system though the results are never revealed on the discs bonus features. 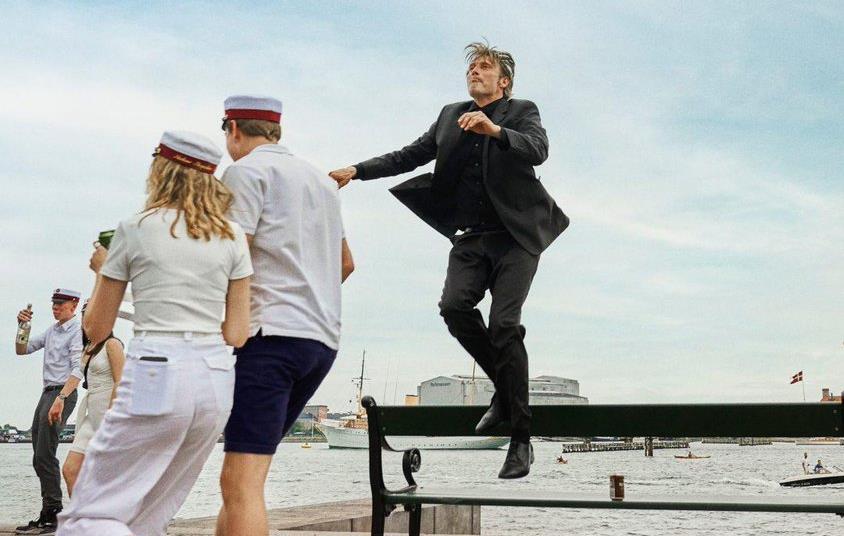 Available on DVD, Blu-ray and digital download the disc is thin on bonus features with only a brief Q & A with Vinterberg and Mikkelsen where both have an interesting perspective on the topic of trying out the theory yourself best summed up by them saying, ‘Don’t stand on the track with the train leaving’.  Mikkelsen is great in the central role and Another Round is well worth a watch

Here’s the trailer for Another Round…….

ANOTHER ROUND IS RELEASED ON DVD, BLU-RAY & DIGITAL ON 27TH SEPTEMBER 2021