Never a good idea to keep archive photos of broken relationships because they’re invariably of happier moments rather than the moment you decide to call it a day. In fairness it’s difficult to get a photo of the time your ex-wife was coming at you brandishing a kitchen knife and wailing like a banshee with her tit caught in a mangle.  But the archive here is a monolith in a remote research base that allows its sole occupant scientist George (Theo James) to talk to his late wife (Stacy Martin) for a few hours.  But it’s a privilege that is soon to end. His job is to restart a decommissioned base but at the same time he is using the tech to build prototype robots that will house his wife’s archive before its shut down forever. 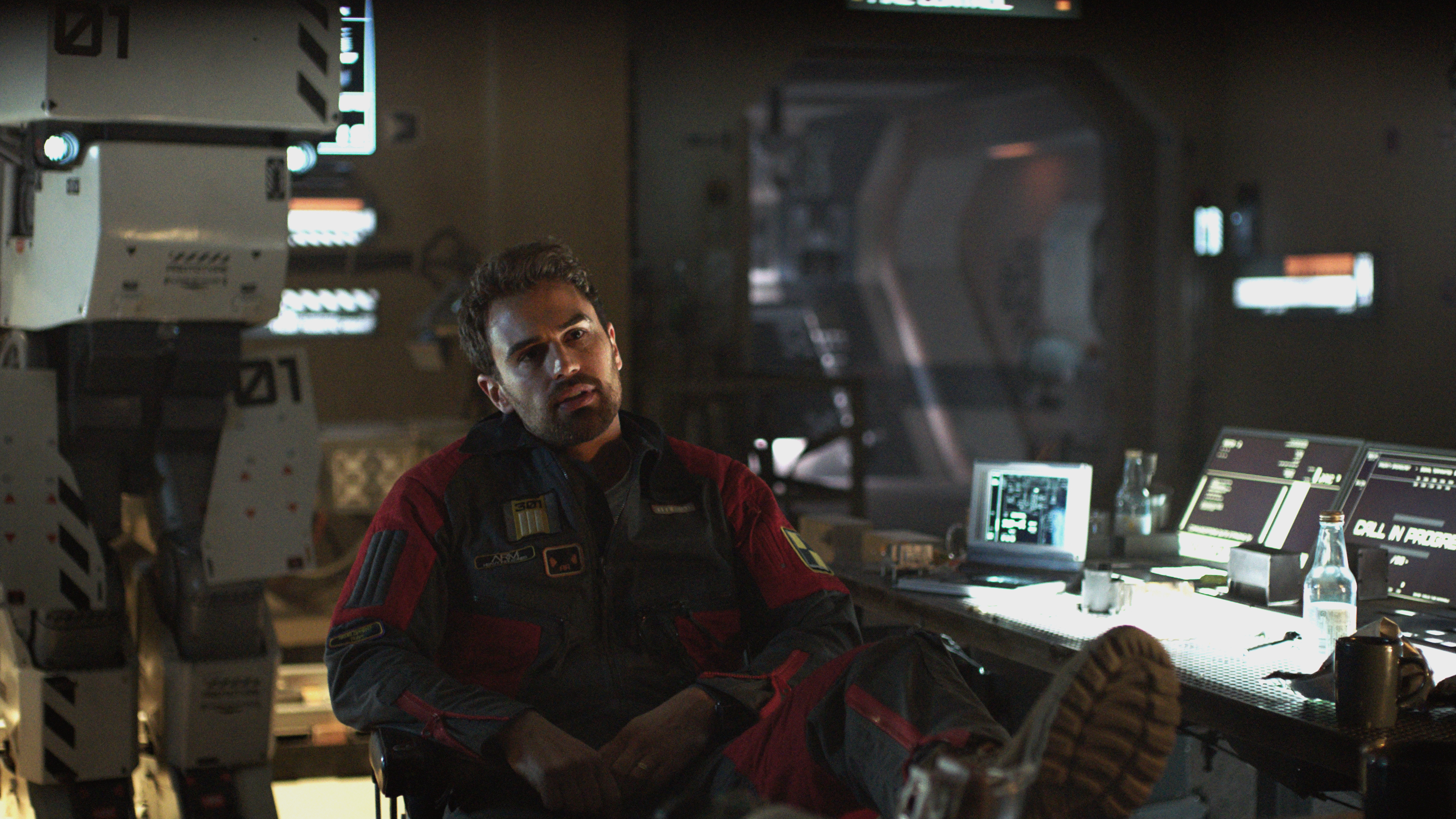 His two prototype robots include his first attempt J1 that looks like a last minute robot requirement to the 1970’s Dr Who effects dept who settled on plonking their broken office photocopier on legs and silently lumbers round the facility with all the grace of Swan Lake cast with Alison Hammond in the lead role. His second prototype J2 is the expected improvement that’s now able to talk but now has a childlike quality and knows what George is secretly up to and there are some oddly affecting moments with J2 fearful that she is no longer loved by her ‘father’. But this is all building to George’s ‘Frankenstein’ moment in his desire to build a life like female robot containing his wife’s archive to develop sentient AI. This third version is played by Stacy Martin (who also plays his wife) in full face white make up and dark eye liner and engenders envy and upset from J2 who watches George dancing with the new prototype and instigates a tragic consequence in a beautifully framed scene.

But its George’s bitch boss Simone (Rhona Mitra) in full on bad ass potty mouth mode when the company begin to realize that George has been plundering the data systems for his own ends that drives the film to a surprising and unexpected last scene. Add to this

Written and directed by Gavin Rothery, whose previous background is in visual effects and the art department, shoots some icy cool visuals and a stunning exterior location shot of the base which is used a bit too frequently as a bridging shot within the film.  The developing evolution of the robots with the newer model better than the last, a bit like the Baldwin brothers in reverse order, are all quietly effective in their ever more humanizing roles as part of George’s robot family. Theo James, best known for the Divergent franchise and The Inbetweeners Movies is suitably intense but is restricted by a script with some leaden dialogue.  At one point a character says ‘I’m a risk assessor. I assess risk’ whilst another wails, ‘You took my legs!’ as though a page from The Oscar Pistorius Story got mixed up with the Archive script. It’s not an easy role for James who carries much of the film alone. Stacy Martin as his wife and prototype 3 robot under heavy make-up has perhaps the more difficult role having to play a robot playing his wife and Toby Jones pops up in just two, though pivotal, scenes.

Archive has the DNA of several other films that takes in 2001 and Blade Runner to lower profile films Silent Running, and even Saturn 3 but there’s enough here to hint at even better to come from Rothery