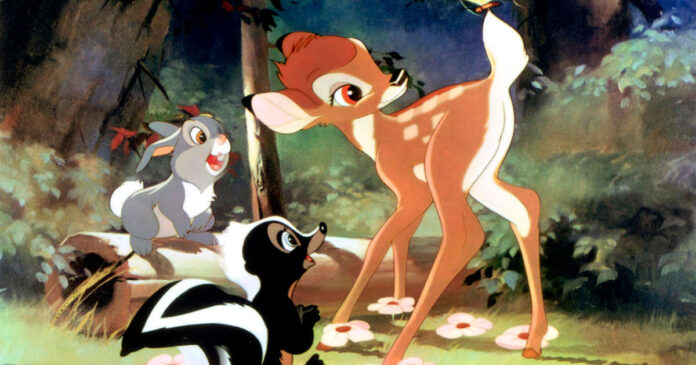 So we recently reported the loveable Winnie the pooh classic had been remade as a horror film well it seems to have opened the flood gates because next up is a Bambi horror remake. It’s director Scott Jeffrey  who is partnering with producer Rhys Frake-Waterfield, who will be behind it and it will therefor be of little surprise that they are the same people behind the Winnie the Pooh horror remake too. This is being billed as a “dark retelling” of the classic childhood cartoon.

The Winnie the Pooh horror remake

So whilst just about every child has been traumatized by the scene where Bambi’s mother has been shot dead the Bambi horror reboot will see the little fawn as. what has described as, ‘a vicious killing machine’. Production begins in January 2023

Director Scott Jeffrey said, “The film will be an incredibly dark retelling of the 1928 story we all know and love. Finding inspiration from the design used in Netflix’s ‘The Ritual,’ Bambi will be a vicious killing machine that lurks in the wilderness. Prepare for Bambi on rabies!” Quite what this version of Bambi will look like is anyone’s idea and rumour has it that it may well be something along the lines of the creature seen in 2017 horror The Ritual. Early title for the  film is, ‘Bambi ; The Reckoning’.

Here’s our review of ‘The Ritual’