Now the only reason we can see for having children is because you never know when your kidneys might pack up and you’ll need a donor. In a tradition that goes back decades teenagers are sullen little sods with the mood swings of a Vietnam vet and the 13 year old Becky Hooper (Lulu Wilson) is certainly one but with good reason as she is still grieving from the death of her terminally ill mother. It’s her father Jeff (Joel McHale) who endeavours to try and lift her spirits taking her for a break to their holiday home in the woods where she has her own happy place, a purpose built tree house. Super excited she soon finds her father putting a dampener on it all when he introduces Becky to Kayla (Amanda Brugel) his fiancé and her young son Ty. Stropping off to her tree house Becky leaves them to pick up the pieces from a disastrous evening meal. 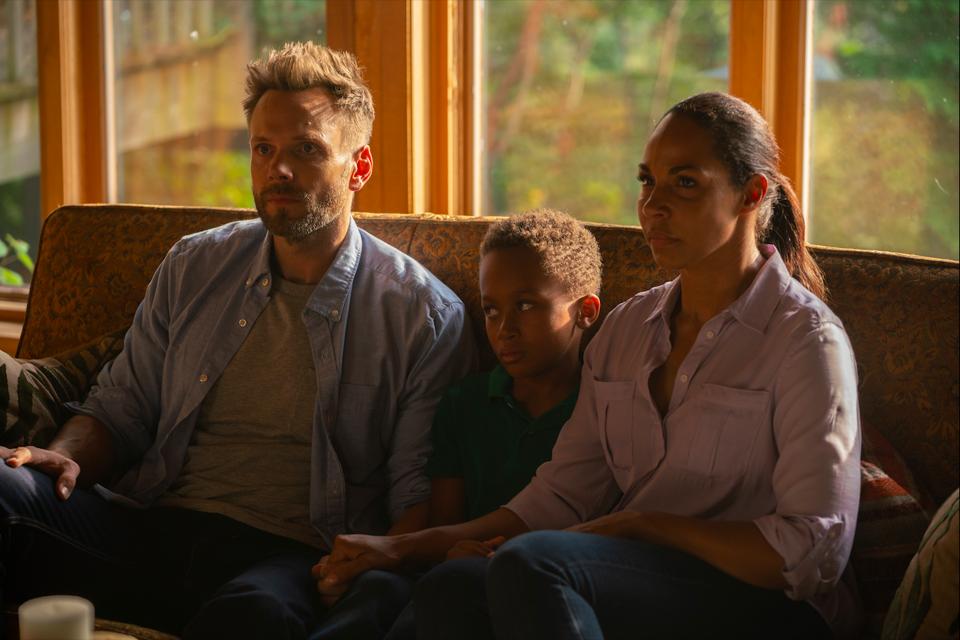 Things are about to get a whole lot worse with the arrival of Dominick (Kevin James) a convict with a beard and shaved head that looks like he’s put his head on upside down who has escaped with three others including man mountain Apex (ex-wrestler Robert Maillet). The gang are there to get a key to something which is never really made clear and is really a Macguffin for the ensuing carnage with Dominick’s sadism knowing no bounds in his determination to find the key. Yet his sadism is equalled only by Becky’s surliness because once they set about her Dad it serves only to get her in a vendetta kind of mood. And what a vendetta it is because what is a home invasion becomes an extreme gore fest with a couple of moments to make you wince at the on screen mayhem.

Directing duo Jonathan Milott and Cary Murnion helm a script that plays like a very gory home invasion movie with some interesting spins on the genre the most notable being a psychotic 13 year old, all pent up emotions which are given vent to full fury with the appearance of Dominick and his gang. For fans of that action trope where lethal weapons and traps are made from the seemingly innocuous items found around a home this will be for you despite the daftness of the central premise of a 13 year old girl taking on a gang of murderous convicts. Lulu Wilson does well in the role having already appeared in a number of horror films such as Annabelle Creation and the role is similar to that Saoirse Ronan played in 2011’s ‘Hanna’ as a 16 year old assassin  – and lets be fair she’s gone on to do pretty well since.

Perhaps most successful is the casting against type of comedian Kevin James who has an extensive career in frankly dreadful film comedies that vie with the worst of Adam Sandler and like his current career trajectory this is a radical departure in to a ruthlessly brutal role for James having shaved his head and covered it in Nazi tattoo’s and he gets involved in some nasty moments especially one early scene to keep an eye out for. At 55 years old it’s a potentially career boosting  departure from his comedies and he’s to be saluted for it but here the role is a little bit one note but we’d like to see him do more like this as he’s effortlessly convincing.  More horror than thriller (the camera is only too happy to linger on some gruesome effects) Becky runs a brief 93 minutes with the ‘looking for the key’ plot being a simple plot device there purely to service the ensuing carnage. Like a brutal, bloody ‘Home Alone’ Becky serves  to remind that thankfully not all teenagers are as psychotic as this.

BECKY WILL BE RELEASED ON DIGITAL PLATFORMS ON 28TH SEPTEMBER 2020