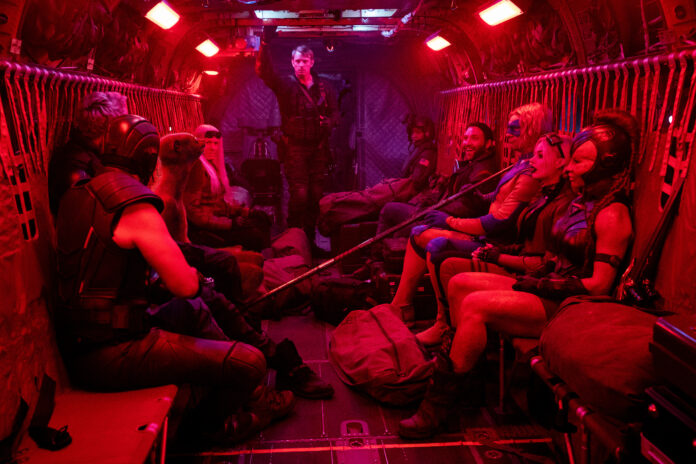 So when a film is titled Suicide Squad the likelihood of anyone returning for a sequel seems slim yet here we are with a better sequel emphasized by the title being THE Suicide Squad. Director James Gunn helms this new reboot / sequel taking over from David Ayers (see him and the cast at the UK premiere HERE) more sombre reins and this is as irreverent as might be expected from the director of Guardians of the Galaxy Vol 2 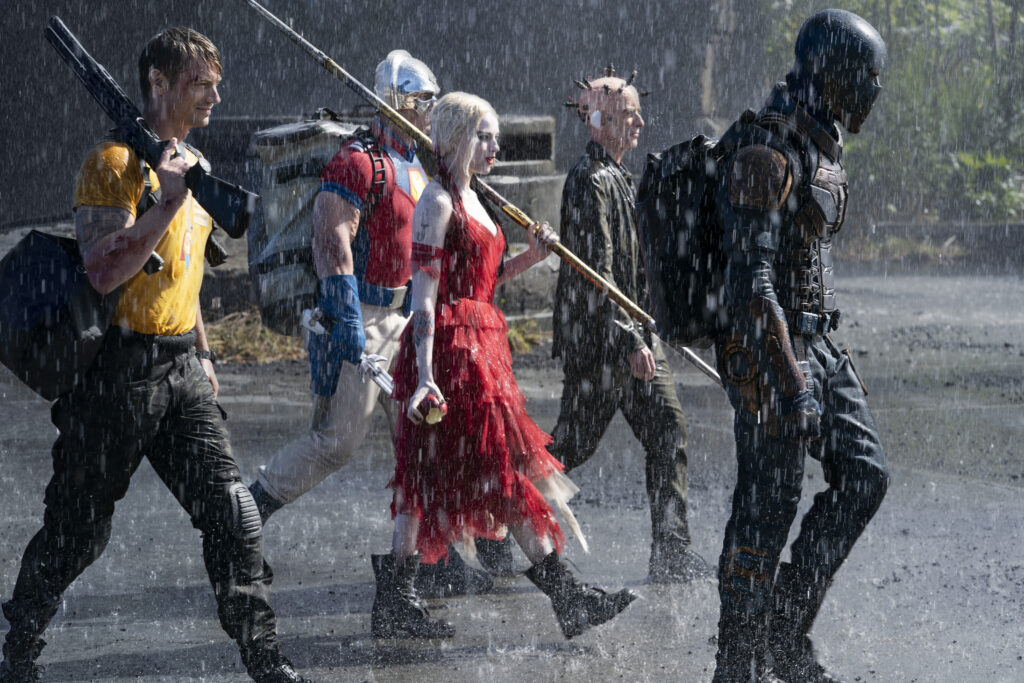 Once again Viola Davis, in hilariously dead pan fashion, reforms the suicide squad or Task Force X on a perilous mission in exchange for 10 years off their prison sentence. She in fact recruits two teams  for a deliriously bonkers beach invasion on the island of Contra Maltese and she’s assembled a pretty eclectic group of super villains few of which you should grow any emotional attachment to  as Gunn spares them no favours  in despatching several in a gloriously gory manner and it sets the tone for the rest of the film with blood sloshing everywhere throughout the films set pieces.

This time the suicide squad have to usurp a corrupt dictator and his government who are in cahoots with a crazed genius The Thinker (Peter Capaldi) with a head like a multi plug in a cheap hotel and who leads the devilish Project Starfish – a project which does what it say on the tin. Overseen by Viola Davis at a HQ with a variety of assistants one of which looks like Jim Royal from The Royal Family. The team is led by Bloodsport  (this time with Idris Elba replacing Will Smith in the role) with his own daughter issues and competing for the role of Alpha Male  with the ironically named Peacemaker (John Cena) at one point stripped to his tighty-whities like he’s about to do a photo shoot for Attitude magazine and looking like he’s competing for the Guinness Book of Records entry for the most number of socks stuffed into a pair of Y-fronts. 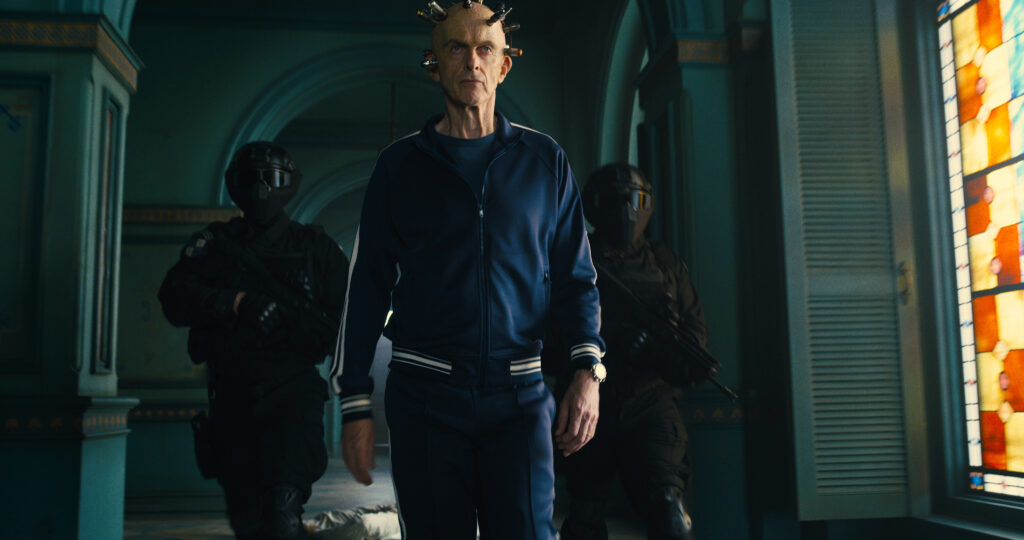 As they bicker and banter they’re watched by the rest of the suicide squad  with Margot Robbie back for the 3rd time as Harley Quinn and is as psychotically ditzy as before with her despatching villain after villain but Gunn abandons the splatter of blood  for a floral flourish of fauna. They’re aided by several new sidekicks including Polka dot man (David Dastmalchian) who occasionally swells up with luminous boils like he’s swallowed the Christmas tree lights and who’s battling his own mother issues. Then there’s Ratcatcher  (Daniela Melchiour ) and King Shark who’s likely to be an audience favourite, voiced by Stallone he has a hunger for human flesh yet really just wants a friend. With the story divided into a number of comic, if at times bloody, chapter headings Gunn’s script frequently has his narrative rewind in time. 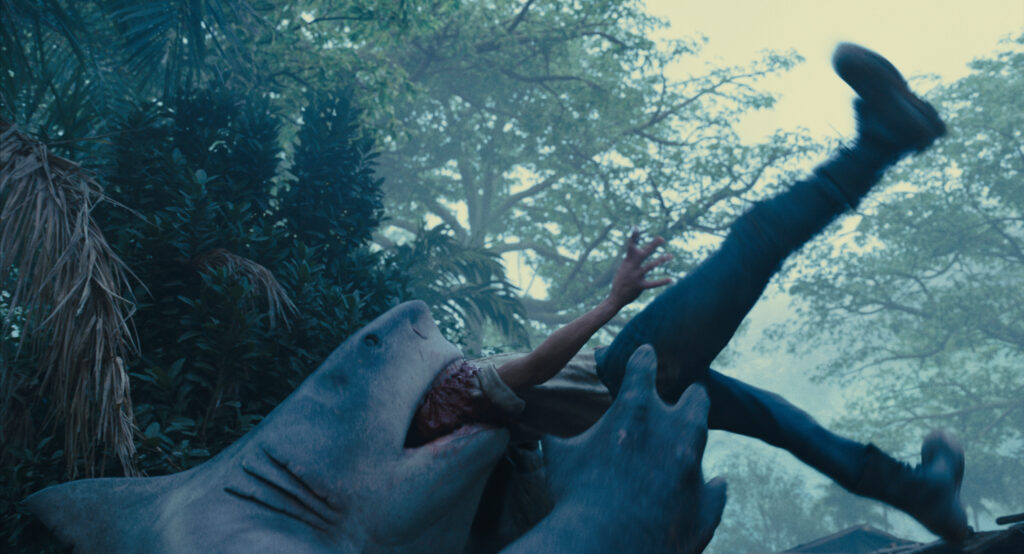 Gunn’s humour is front and centre throughout as the suicide squad, along with a group of freedom fighters, whose numbers are accidently decimated by the gang attempt to overthrow the dictator and the Thinker. The directors trademarks are all here with a garish colour palette , quirky humour and gruesomely black comedy in OTT action and in that respect the film goes for broke when it comes to gore. If there are quibbles it’s that the plot is a little saggy in the middle, that BloodSport and Peacemaker, who have no super skills but instead are feared for their ability to kill with any object, yet rarely get an opportunity to do that sticking instead to guns and knives. It all leads to a surreal climax in a stylized spectacle making this summer’s best blockbuster……..and yes in true comic book movie style wait for an end credit scene.