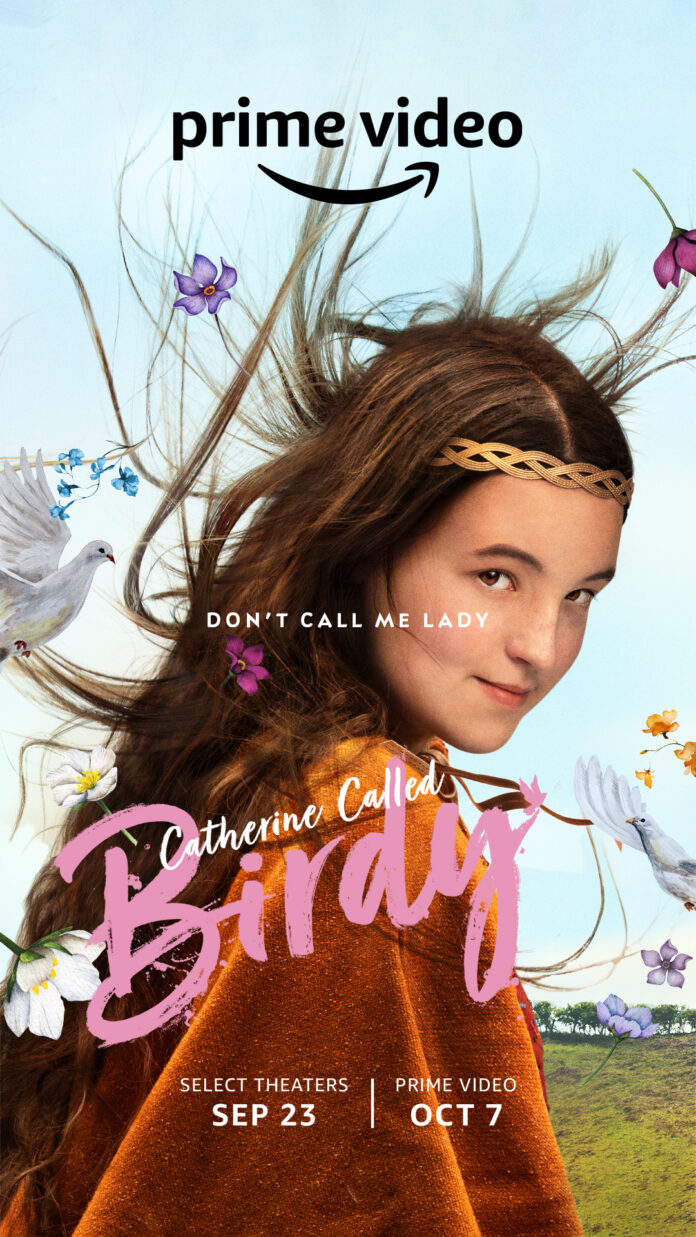 YA novels often have a mixed success rate in their transfer to the big screen and a medieval based setting seems to be tempting fate but ‘Catherine called Birdy’ based on the book has a story that has remained a constant through the ages with women downtrodden in the ground. That’s literally how the film opens with 13 year old Birdy rolling around in the mud and covered head to toe in muck and squalor not seen since the expose of some politician’s sordid secrets uncovered by a Sunday tabloid.

Set in 1290 Catherine called Birdy (Bella Ramsey) a playfully mischievous girl the only daughter of a feudal and drunken spendthrift Lord Rollo (Andrew Scott) married to Lady Aislinn (Billie Piper). One brother is a monk the other is a lazy arse. But it’s her father bordering on bankruptcy not being able to support his drunken lifestyle hits on the idea of marrying off his daughter to a wealthy man thus solving his debt problem. But Birdy is having none of it. “Men are horribly duplicitous creatures,” she tells her friend and in fairness the suitors her father lines up only serve to confirm this – the first of which is Russell Brand who for once with his antiquated lexicon is at home in a 13th Century set drama. Keen to foil her father’s plan Birdy aims to suppress her marriage-ability by hiding her developing womanhood and hiding her menstrual rags beneath floorboards. Her sense of mischief sees her coming up with new ways to repel the long line of suitors in a highly entertaining manner. ‘You’re not gods!’ she bellows at them – a line that will be echoed down the years by TV audiences watching the male contestants on Love Island.

The prodigiously talented Bella Ramsey is a natural performer in the title role and a film with a medieval setting tackles the problems of adolescence taking in uncontrollable jealousy, friendship ending arguments, school girl crushes – she pines for her Uncle George ( Joe Alwyn) – and dealing with the onset of menstruation. Led by a brilliant Bella Ramsey there is a uniformly good cast that includes Lesley Sharp as Birdy’s nursemaid and the force of nature that is Paul Kaye as a scraggy bearded Sir John keen to make her his wife.

With nods to modernity that include on screen CV’s for each potential groom and a score that underlines meaningful moments with modern songs performed in a medieval manner (Elastica’s connection is a highlight) Catherine called Birdy as directed by Lena Dunham is great fun. Enjoyable, female empowered and strangely reassuring  that not all men are horribly duplicitous creatures.

We chatted to Andrew Scott & Joe Alwyn about the film…..